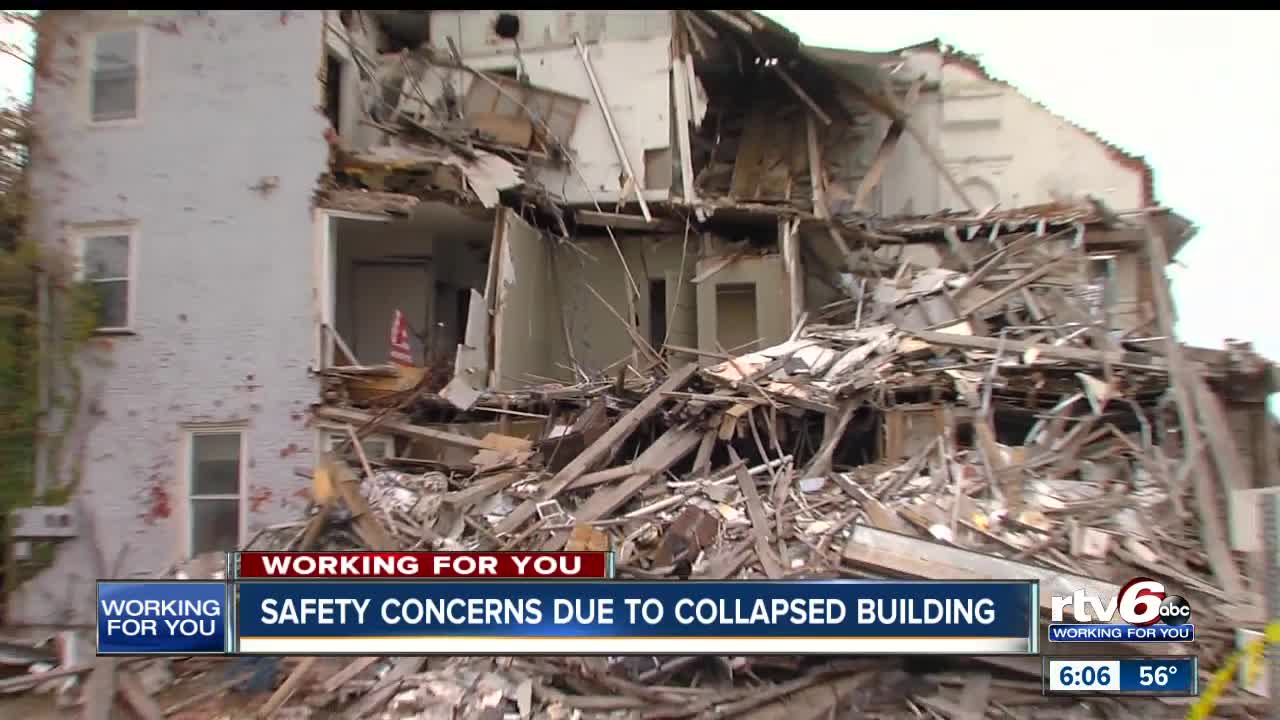 A woman in Wayne County wants to know when a building that collapsed in July will be torn down.

DUBLIN — A building in Wayne County collapsed more than three months ago, but its remains still haven't been removed. A woman who works across the street is asking the question: When will it be torn town?

For 35 years, Patricia McDaniel has owned an antique shop in Dublin, Ind. She gets customers from all over, and recently she's been asked the same question.

"The first thing they say to me is, 'What is the matter with that building? How long has it been? It's an eyesore,'" McDaniel said. "It's a detriment to the community. It's a health hazard. It's a safety hazard."

The town's building commissioner said the structure at the corner of Cumberland and Davis Streets, which collapsed July 12, was built in 1845, and it was the first building in Dublin.

"You don't know whether there is asbestos in it, lead or God knows what else," McDaniel said.

McDaniel was inside the building and delivering boxes to the owner the day it collapsed.

"The whole barrage of bricks came down," she said. "I went out and looked and I said to the other person you better get out. In essence, I saved my own life and his."

It's unclear why it collapsed, but the town gave the owner 30 days, until Aug. 25, to tear it down after it was declared unsafe. He then asked for a two-week extension, but was unable to get anything done. McDaniel said she is tired of waiting.

The town has taken over, and a New Castle company is expected to begin demolition next week.

"I will believe it when I see it," McDaniel said.

They said they have to keep it that way due to fears the rest of the building could come down and expect to reopen the street when demolition is complete.