Another complaint against an Indianapolis daycare who lost a child 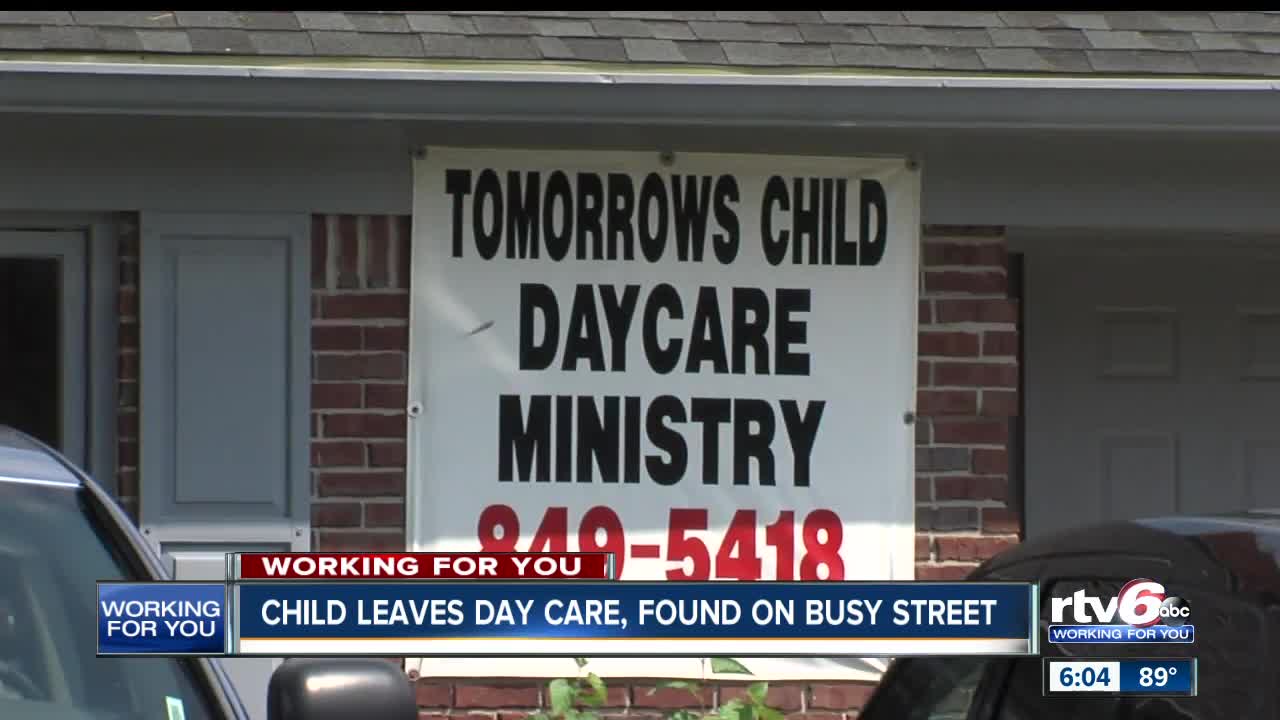 INDIANAPOLIS — Another parent has come forward with concerns about a north side Indianapolis daycare after it lost a child who was found walking in the middle of a busy road.

More complaints and questions have surfaced about 'Tomorrow's Child Day Care Ministry' into how daycares are regulated, or in this case, unlicensed ministry daycares.

"We started using Tomorrow's Child when Anna was 18-months-old," Camila Bogard, whose daughters have been attending the daycare for years, said.

Bogard's daughters, now age 6 and 8, stopped going to the daycare, however, last month.

She claims the daycare owner took several children on an unauthorized trip to Walmart after coming back from a field trip and lost them.

"An employee came by and grabbed them and took them up to the front and called her over the loudspeaker," Bogard said.

When Bogard confronted the daycare owner, Bogard says the owner denied the accusations.

"She wouldn't take any responsibility, and she was basically saying my daughters made it up," Bogard said.

Like RTV6, she found numerous violations for things like plug safety covers missing, a hole in the ceiling and a caregiver with uncompleted training.

And it was also discovered that the facility was cited for letting their registration expire in 2017.

Bogard reached out to the state's childcare licensing agency, the Family and Social Services Administration with her concerns, only to realize unlicensed ministry daycares are significantly less regulated.

"If it doesn't accept low-income vouchers, then all that we have the authority to inspect for is basic building health and safety," Marni Lemons, with the Family and Social Services Administration, said.

RTV6 went back to the daycare to see what the owner had to say about these new complaints. But she wouldn't come to the door.