Apartment complex cleaning up after residents dealt with mold, sewage 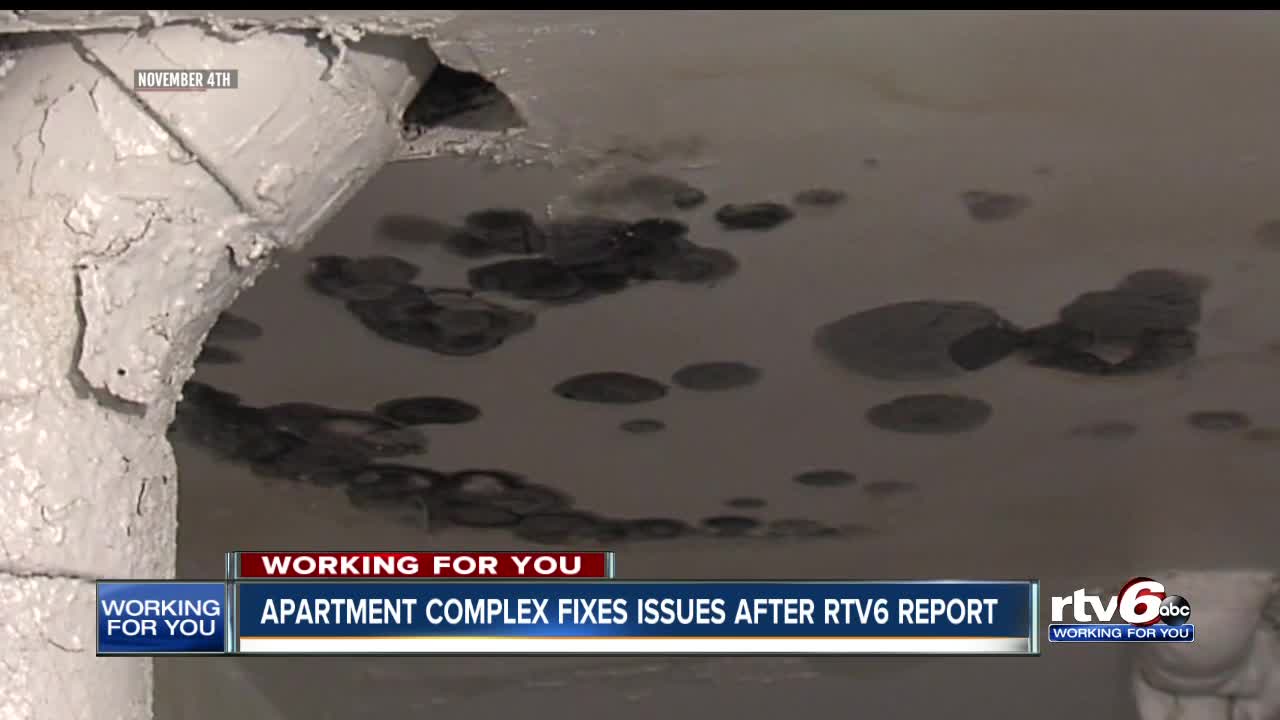 A southwest side apartment complex is cleaning up after RTV6 helped residents dealing with unhealthy and smelly conditions.

INDIANAPOLIS — A southwest side apartment complex is cleaning up after residents described living with unhealthy and smelly conditions.

Nicole Miers and Jason Peace, along with other people living at the Horizon Apartments, said they were dealing with mold and sewage that smelled so bad they were forced to leave their homes. Now just days after telling their story to RTV6, those issues are nearly fixed.

"They were actually really quick, extremely quick, actually," Jason Peace said. "The next day, the morning, they were on it. You guys really helped."

On Monday, RTV6 reported that Miers and Peace's apartment they share with their kids was also home to mold growing on the walls in the furnace room. It's a problem multiple neighbors told RTV6 they were having.

The Marion County Health Department cited the complex for raw sewage that was leaking in the crawlspace under the building, causing the smell and moisture to rise into the apartment creating the mold and an unbearable smell.

"I did notice when I came in that the smell wasn't as horrible, but they've still been working on it and some they say by (Friday) we should be able to come back into our apartment," Miers said.

PREVIOUS | Raw sewage forced some residents out of one Indianapolis townhome

Miers, Peace and multiple neighbors said they reported the problems to complex management a number of times over the past month, but their concerns weren't being addressed.

Now after sharing their story and the problems that sent the family running for clean air, all the units in their building have been repaired in the past two days, removing issues with leaking sewage, mold and even a collapsed ceiling.

The health department is scheduled to re-inspect the building when the work is complete.

"Honestly, if you guys didn't step in and do your due diligence, this never would've happened, honestly," Tiffany Ewart said. "It would've been another small band-aid on a gaping wound honestly."