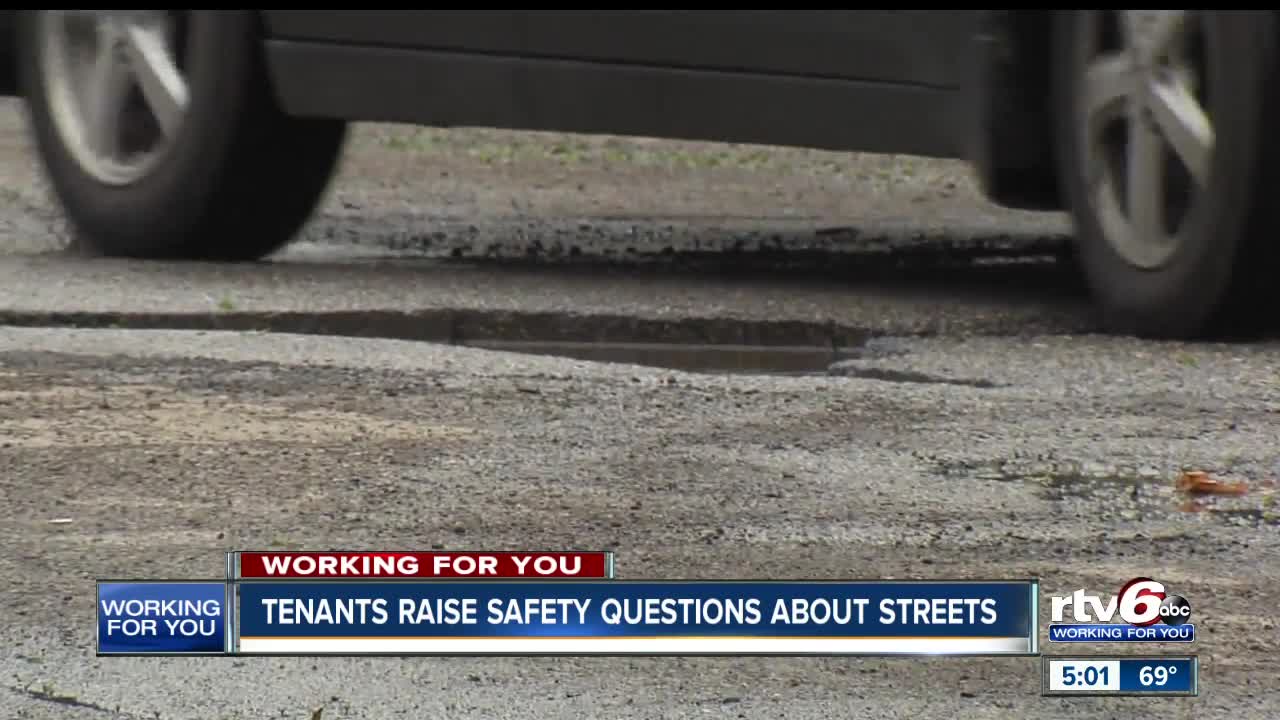 Potholes are bad anywhere. When they occur on city streets you can report them and get them fixed. What happens when they happen on a road owned by an apartment complex? 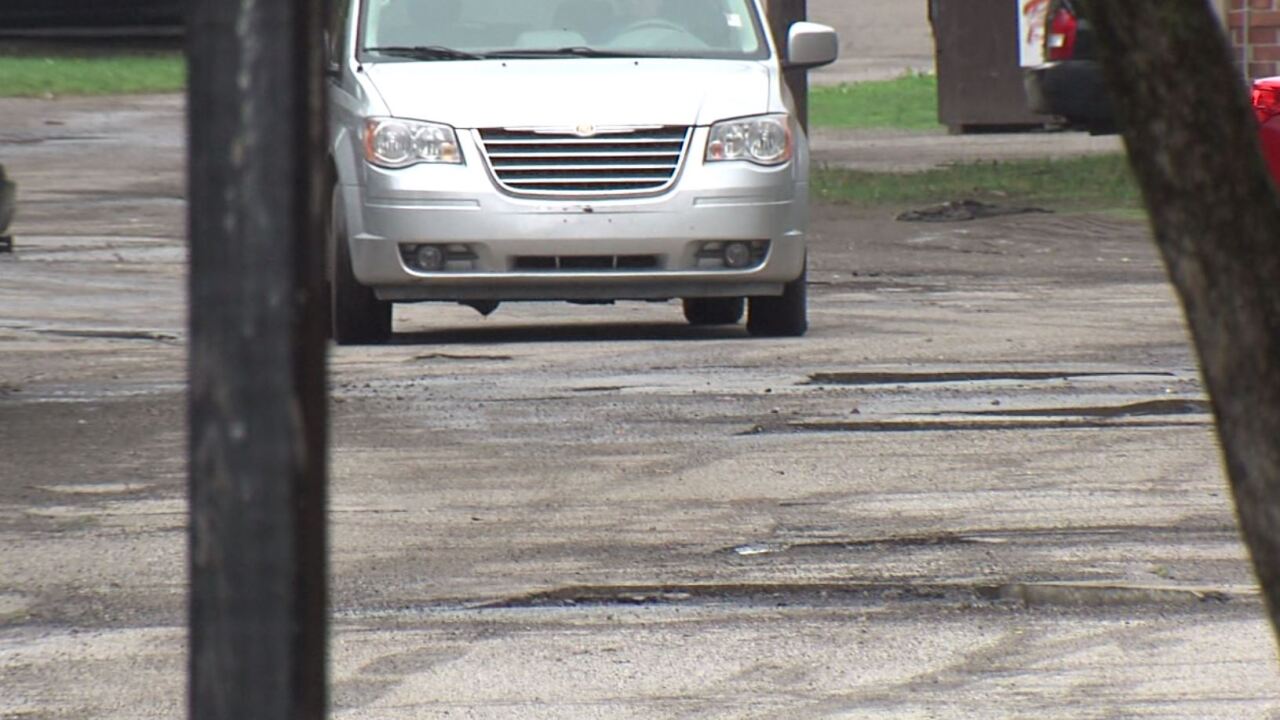 INDIANAPOLIS — Potholes are bad anywhere. When they occur on city streets you can report them and get them fixed. What happens when they happen on a road owned by an apartment complex?

After hearing from concerned residents, RTV6 went to an apartment complex on Indy's south side with potholes so bad cars are bottoming out.

A resident at the Southgreen apartments just off Thompson Road and South East Road said the potholes in the complex are "just gaping holes now."

"If you came in here and didn't have a clue, you would tear your car up," the woman, who didn't want to be identified for fear of retaliation, said. "We replaced a full set of tires. I need a new shock on my back. It's really damaging,k you can't see them especially if it has rained or is raining. They're not marked, so they're not visible."

The woman said it is a safety issue as well for the kids that live in the complex.

"The best way to get through here is to stay up here against the edge of the carports and the cars," she said. "If you come up here and stay real close to them you can miss most of them, but then you have to take the chance of one of these little kids running out between the cars."

As RTV6 was attempting to give residents a voice, people claiming to work for the complex covered our camera and started yelling and hurling inappropriate comments about tenants.

An apartment manager also came out and told the resident they are working on it but the rain has slowed them down.

"Bear with us we're doing our best," the manager said.