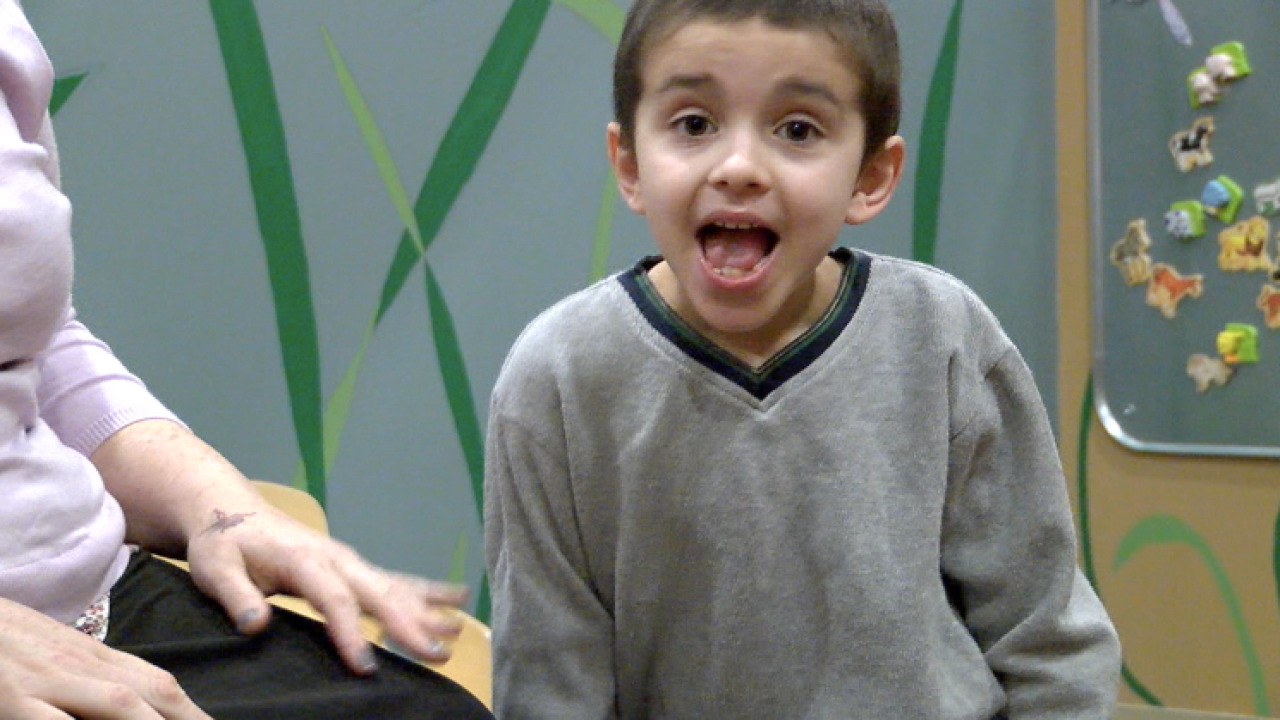 Copyright 2019 Scripps Media, Inc. All rights reserved. This material may not be published, broadcast, rewritten, or redistributed.
RTV6/Kelsey Anderson

INDIANAPOLIS — Living with autism can be different for everyone; some can live a so-called "normal" life while others need help with everyday tasks that some of us may take for granted — one of them being the ability to communicate with others verbally.

Cornerstone Autism Center is working to change that and help your children living with autism communicate in a way that works best for them.

"Every child living with autism deserves to be able to communicate with the world around them," said Board Certified Behavior Analyst Stephanie Dille-Huggins.

Dille-Huggins brought sign language to the center in 2013. She said while working with some of her clients who were non-vocal, she realized sign language could be a way for them to communicate.

Laura Coate's son Sora was born deaf, and a few years ago, he was diagnosed with autism.

"When he was little, we had a really hard time communicating. I would just do body gestures just like holding up food do you want to eat this," said Coate.

She said finding a deaf school for Sora was hard enough, but finding a place he could go that would also understand how to handle his autism was an even bigger struggle. Luckily she said she found Cornerstone Autism Center, and now she and Sora can communicate through sign language.

"I'm not an ASL teacher, but with my background, I like to teach signs that are relevant to our children here in the center," said Dille-Huggins. Both her father and brother are deaf, so she's very familiar with sign language.

Dille-Huggins said right now in the state of Indiana, there are limited ABA services for deaf children living with autism, but she's glad she able to make an impact in some of her clients' lives.

"To watch our clients grow, their families grow and have them say to me, 'Steph, I knew there was so much in my child that I just thought we would never be able to unlock, and signing has done that for us,'" said Dille-Huggins.

Coate said with her son being deaf and living with autism she was scared, but now even if she could, she wouldn't change it.

"I think with him having autism, it makes him so creative, outside the box thinker, really makes him a unique little person I think he's such a character," said Coate.

Dille-Huggins said even if your child can hear, you can use sign language in your home. She said research shows when you match sign with speech, it activates both sides of the brain.