Bartholomew County community looks for solutions to its flooding problem 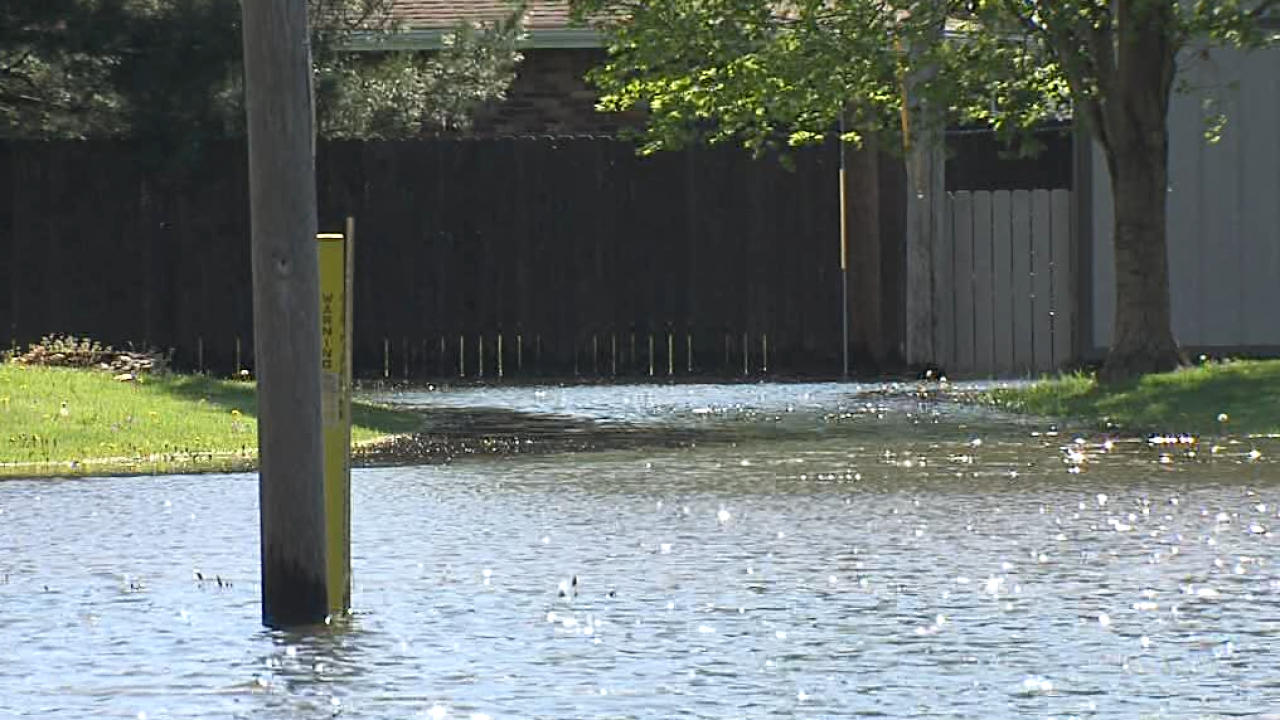 Flooding in the Northcliff neighborhood of Bartholomew County has long been a problem, Friday, April 26, 2019.
RTV6

A community in Bartholomew County has flooded several times already this year, and it's a problem they've been dealing with for years. It happened this week in the Northcliff neighborhood after some rain hit the area.

There are drains, but they are surrounded by water that won't clear out. The county says residents have to pay for any drainage fix, but some people in town simply can't afford it.

"Oh my goodness, we always have water out here," Renita Rowing said. "Our sump pump has continued to run since probably the first part of January."

Rain continues to threaten their home. It's flooded their crawlspace and even them left them marooned.

"One time, we were stuck here for two weeks and couldn't get out, and my husband and I both have heart conditions," Rowing said. "If there had been an emergency, it would have been a little hard work getting to us, I'm sure."

Community members have been working on a solution. County officials have offered a couple solutions that would drain water away from the neighborhood.

"I'm all for it, but not at our expense," Rowing said.

The cost of the project will likely close in at around a million dollars. The cost will be spread out over several years, but it will be up to folks living in the area to split much of the cost.

"It would be a huge financial burden on us," Rowling said. "My husband's on a lot of medication and a fixed income. We just couldn't do it.

"We're going door-to-door to try and get people on-board with this."

Amie Higgins is part of the group trying to organize support for the plan.

"If I have any neighbors out there watching, I just want them to know that we need their support more than anything," Higgins said.

But it might not be that easy. Neighbors in 2002 tried to rally support for a drainage solution, but not everyone is affected by the high water and only one-third of the community voted to pay for the fix, so it failed. Now Higgins and crew have to figure out different ways to win support.

Leaders of the community group said they will wait to present their plan again to the county drainage board until they have enough neighborhood support, which they admit might not happen by the time the board meets again in early May.