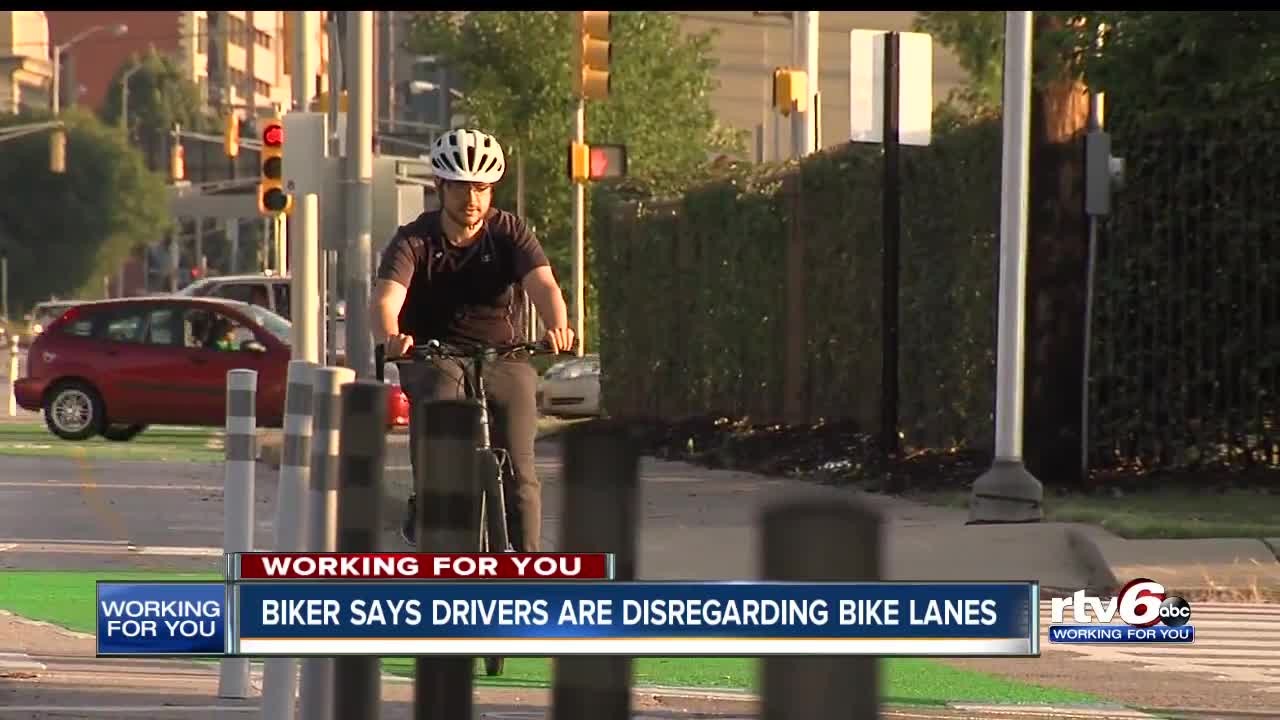 INDIANAPOLIS — As more bike lanes pop up across Indianapolis, drivers on two wheels and on four are having trouble knowing when to stop and when to go.

Bicyclist and downtown resident Evan Shearin thinks everybody needs more education on the new rules of the road.

"Certainly commuters who do ride bicycles and scooters like them a lot, but I don't think like there's a lot of information out there," Shearin said. "People don't see to know who the new lights work, how the new intersections work. They're not aware that a lot of the bike lanes are two lanes, even if the automobile traffic is one direction."

Shearin is also a Republican candidate for the City-County Council in District 11, which covers part of downtown Indianapolis.

Shearin said he's had it with drivers disregarding bike lanes after he slammed into the side of a car that drove in a designated bike lane.

"I did lose my temper a little bit, and I yelled at him, 'This lane with the bikes in it. It's called a bike lane. Pay attention!'" he said.

Taht's the simple message this bicyclist wants every driver to hear, but getting drivers to even notice changes, including new traffic lights just for the bike lane, appears to be easier said than done.

"You know we all have to look out for each other on the road and share the road, and the fact that I'm on a bicycle and their are people in 3,000-pound cars not noticing me, not looking out for me is dangerous," Shearin said.

At a stop light, we saw driver going onto the interstate that were actually running the red light because it was the bicycle light that was green, not the turning light. And while we spotted multiple drivers making a left on red, we also saw numerous bikers not stopping for traffic lights specifically installed for them.

The new bike lanes running through Indianapolis are an extension of the Red Line rapid transit project, a bus line that opens in two weeks on Sept. 1.

"Cyclists have to obey the laws of the road as well," Shearin said. "Like I say, we are all looking out for each other out here. It's everyone's job to be safe."