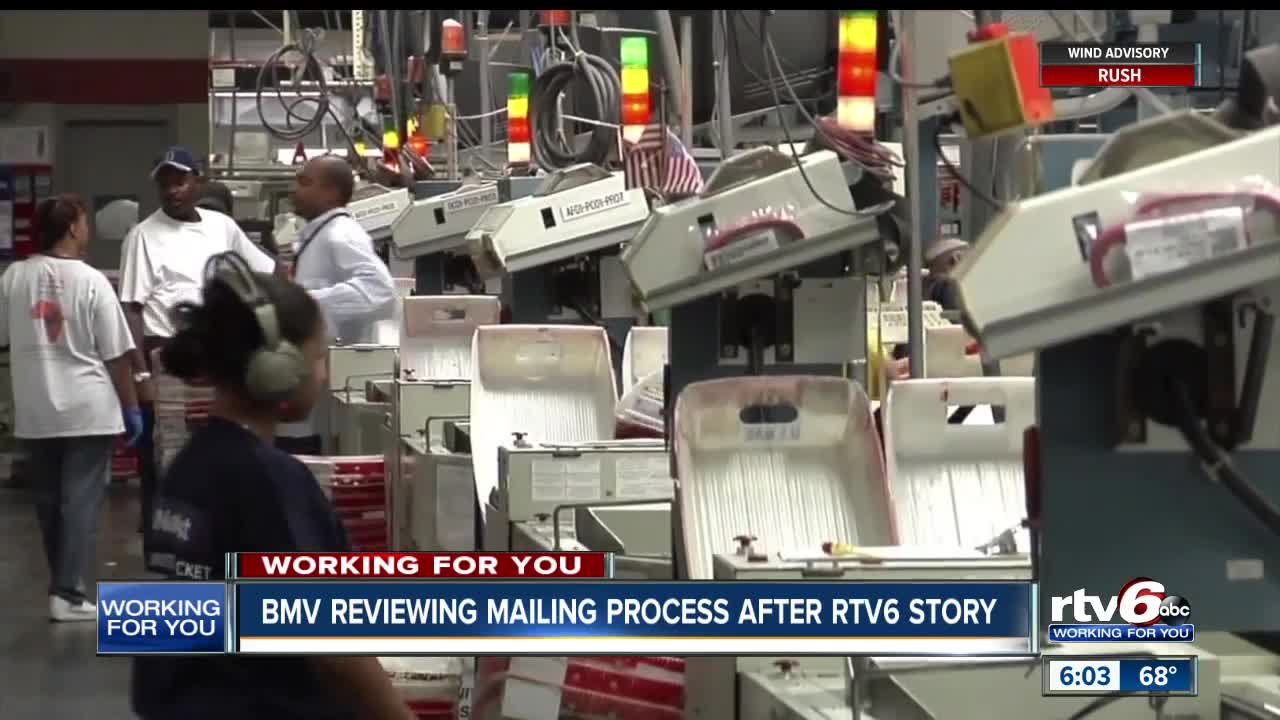 DANVILLE — Another central Indiana driver has turned to RTV6 for help following a story the newsroom first told audiences on Sunday.

For seven weeks Thomas Ballock has been waiting for his license plate. After emailing the BMV, he found the plate was returned as "undeliverable" on February 13. A month later, still nothing and now he's driving around with an expired plate.

Ballock finally reached out to the Danville Post Office.

"They had received something like 25 complaints during the past month alone about BMV mailings not being delivered," he said.

After RTV6's original story about an Avon couple also waiting for weeks for their plates, the BMV said they weren't aware of a backlog of delivery issues. Further stating, all sealed envelopes are routed through a mail sorting center, with an address verification process.

Although, a United States Postal Service spokesperson says there is an issue with the processing center not being able to see the address on the envelopes.

"I am very disappointed and disgusted with the performance of the BMV because if they have a problem, they pretend to be unaware of it," Ballock said.

After Ballock came forward, RTV6 reached back out to the BMV. They are now reviewing the process with the mail sorting center and working directly with the post office to monitor any further issues.

RTV6 contacted the Avon Police Department to find out what drivers need to do if they are in the situation. The police department's advice is for drivers to keep their BMV receipt in their vehicles at all times.

The BMV is now issuing a replacement registration at no cost for Ballock, but he's worried it still won't arrive. Ballock also ordered a customized license plate from the BMV, which they say was shipped out back on February 13, but he is still waiting for that to arrive.

"How will they get it there? By mail?" Ballock asked. "Because it's demonstrated their mailing effort don't work."

As for the Avon couple RTV6 initially reported on, it only took three days for them to receive their plates after the newsroom aired their story. In a message, the couple said, "without Channel 6, we would still be waiting - I have no doubts. You certainly have worked for us!"

If you have a problem and need help getting results, connect with RTV6 be emailing us at workingforyou@rtv6.com

UPDATE: On Friday, March 15 Thomas Ballock finally received his license plate and registration after seven weeks of waiting. Ballock sent pictures into the newsroom as proof of how easily addresses are hidden from view.

Ballock also recorded a nine second video of the address label disappearing after tapping the top of the envelope three times. You can watch that here: BMV Mailing Problem.

Ballock gave a big shout out to RTV6's Nicole Griffin:

"It was not until the intrepid and determined Nicole Griffin investigated that the disgruntled BMV customers finally received their license plates. Thanks, Nicole and RTV6!"

The BMV declined both of RTV6's requests for an interview with the commissioner, and a tour of the BMV mail sorting facility.