Brown County residents and officials have concerns over petting zoo 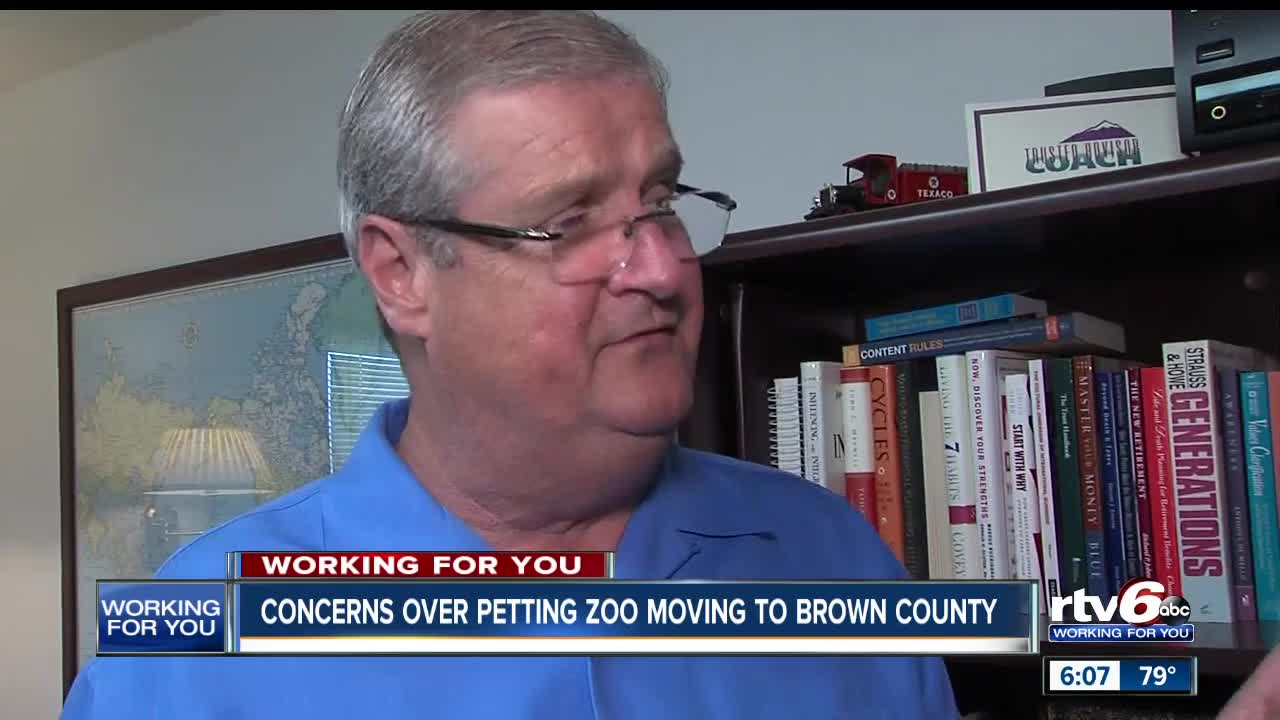 Public safety and animal welfare are concerns some have about a potential petting zoo coming to Brown County.

BELMONT — A controversial petting zoo might be coming to Brown County.

Zoo'Opolis is located in Bartholomew County, but the Kathleen Bowen wants to move her 100 animals from 40 different species to a larger area. She already owns five acres in Belmont, but she needs to get approval from the county to change the zoning from residential use to general business.

"Zoo'Opolis is an interactive petting zoo like no other," Bowen said.

The Brown County commissioners will hold a meeting Wednesday morning to deciding if they want the zoning change or not.

"it's introducing a new type of business that we really have not considered here before," Diana Biddle, vice-president of the Brown County commissioners, said. "The bigger picture is how this is going to affect our animal control ordinance. And I think we are looking at it with a broader brush than planning and zoning."

Biddle said she has never received so many letters and emails about an issue before, both for and against.

Brown County redevelopment commission president Jim Kemp is one person who is in favor of the petting zoo.

"Is it a huge economic win? No. But is it a nice little business and you've got a lady that's extremely passionate about what she does and she's providing a great service to kids? Because those are the ones who are really going to benefit from this?" Kemp said.

Others, like Cathi Eagan, are more concerned about safety. Opponents fear if an animal were to escape or carry disease, and a 9-month-old baby was recently injured by their wolf hybrid.

"When you have a wolf hybrid that puts his mouth on a baby's head, and there are scratches," Eagan, the founder of the Canine Express Transport Project, said. "The wolf should've been on a leash. There were things that didn't happen correctly to have this even take place."

Bowen said her handler should've done a better job supervising how close the family got to the wolf, btu denied the animal aggressively attacked the child. Zoo'Opolis has since raised its age minimum to 12 years old.

"Twenty-thousand guests. Fifty-thousand hours, and we have a minor scratch," Bowen said.

The commissioners can either approve the zoning change, deny it or recommend changes and delay the vote. They'll have to determine what kind of oversight the zoo would have since they do not currently address exotic animals in their animal control ordinance.