Brownsburg teen's legacy lives on through his passion for drumming 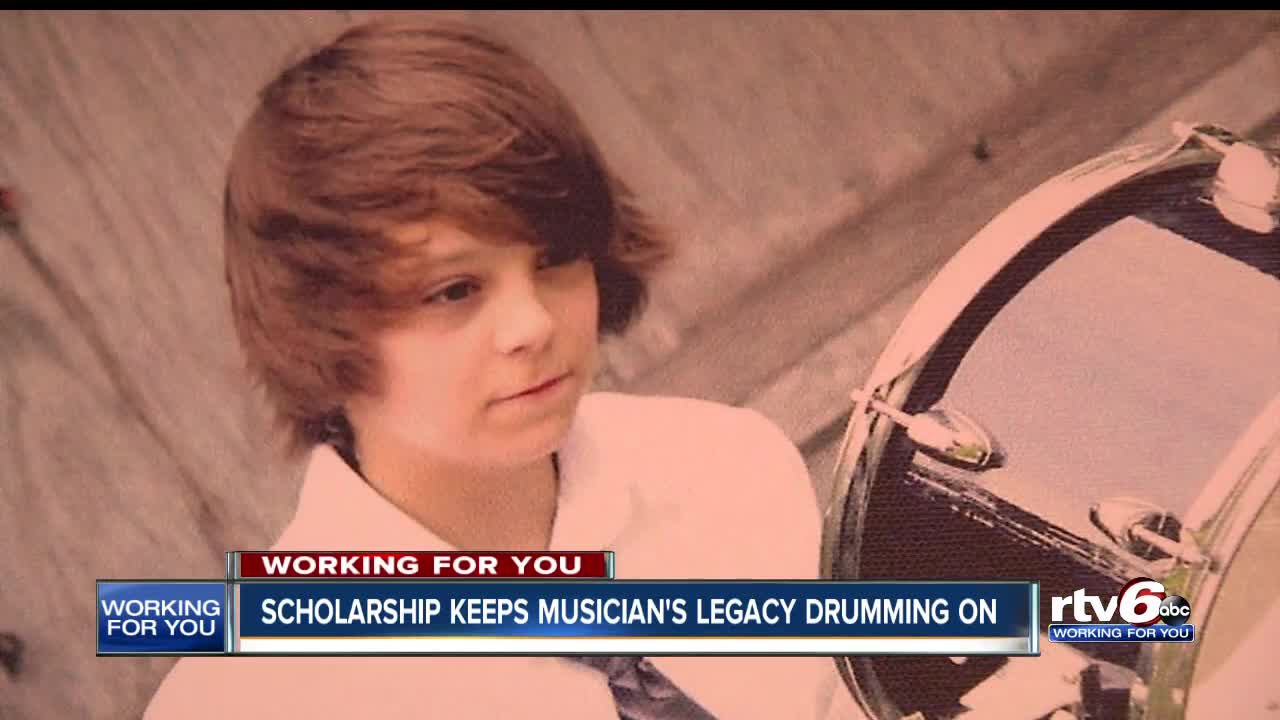 The family of Noah Tex, a Brownsburg teen who died in a car crash in December 2015, held a fundraiser to support the Butler University Percussion Camp.

BROWNSBURG — Nearly four years after a Brownsburg teen and three of his friends died in a car crash, his legacy is living on.

Noah Tex's family is helping to provide opportunities for other children through his passion for drumming.

"I would say to let your kids drum," Noah's mother, Gina Tex, said. "He was so full of life and he was so passionate about his music."

Noah was 17 years old when he died Dec. 20, 2015, in a crash, along with three other teens, Mathew Chambers, Lucas Kenworthy and Riley Hurst. None of the teens was wearing a seat belt.

On Saturday night, Noah's family hosted its second fundraiser of the year at the Hendricks County Fairgrounds for a scholarship they formed in his name for the Butler University Percussion Camp, a camp Noah attended multiple times.

"He was so inspired when he could come back," Gina Tex said. "We've done three (fundraisers) a year for the last four years."

"He had a drum set at home, so it would just echo throughout the entire house," Hannah Tex said.

The Butler University Percussion Camp is open to kids from ages 12-to-18. The recipients of the Noah Tex Memorial Scholarship often come from single-parent homes with financial difficulties.

Saturday's fundraiser brought in $4,600. People interested in contributing can write a check to Butler University and write "Noah Tex Memorial" in the memo line.

"This scholarship allows us to keep his memory alive and inspire others that have that same passion," Hannah Tex said.

Noah's family donated his drum set to Butler to use during the percussion camp.