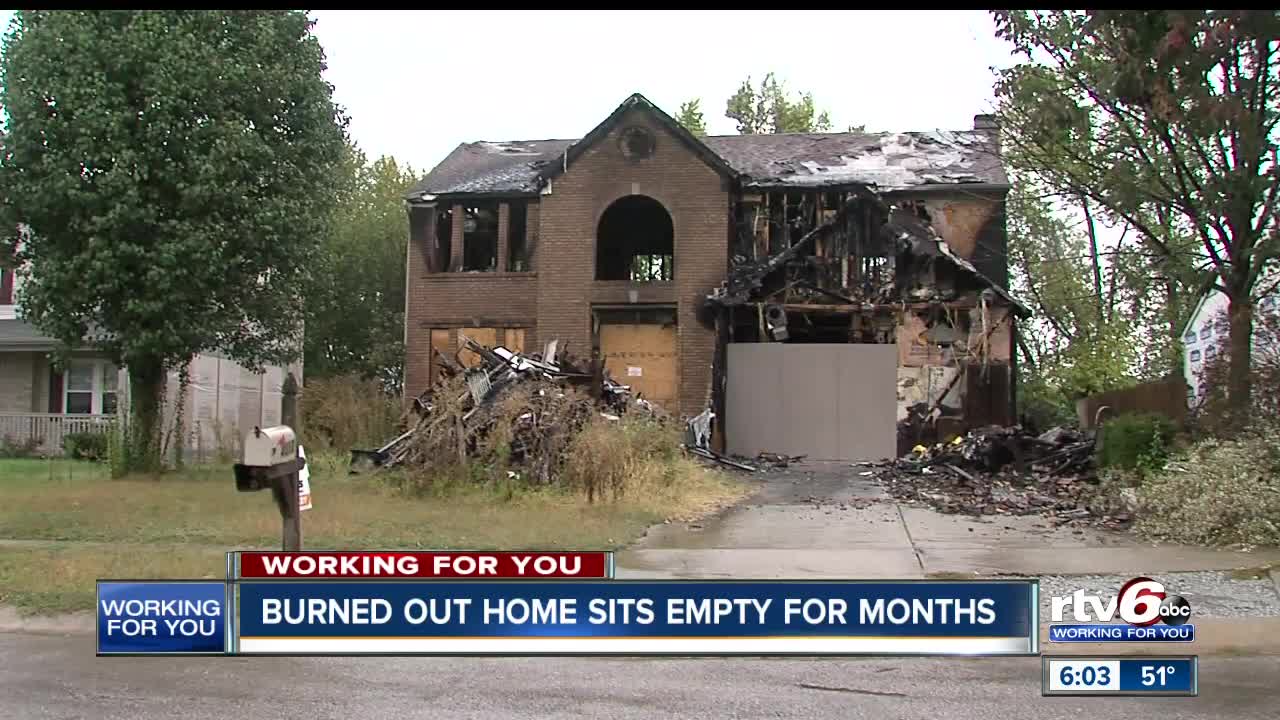 A house is still standing in the Richmond Hill neighborhood months after it caught fire, and residents want it torn down. 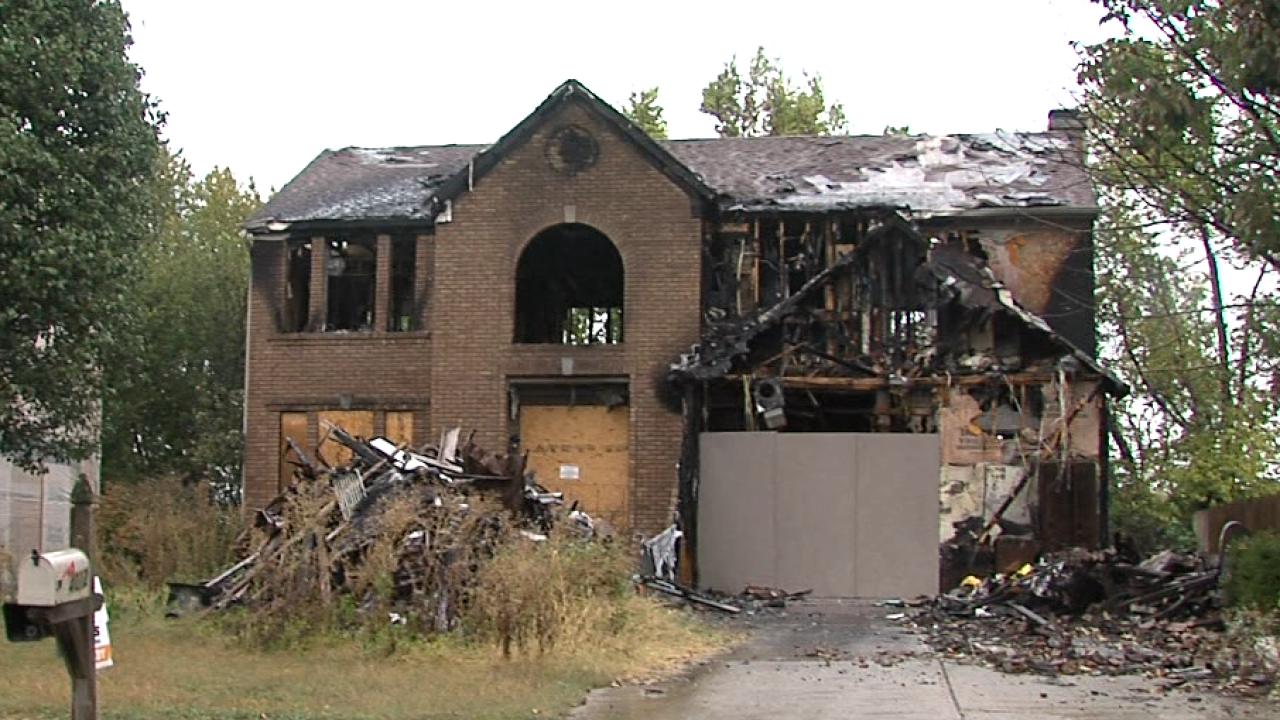 INDIANAPOLIS — A house is still standing empty and untouched months after it caught fire on the south side. Neighbors have been begging the city to tear it down, calling it a safety hazard.

Looking at the burned out home brings back from bad memories for Doug Aldridge.

"Here we go again, Aldridge said. "It's just a grim reminder of what happened seven years ago."

Just five houses down from where the Richmond Hill explosion occurred in 2012, damaging 90 homes in the south side neighborhood and killing two residents, now sits another burned house after it caught fire in May.

"Going back to the explosion, we've had several of those houses stand for a couple years before they were torn down," Aldridge said. "The sooner the better. We’re coming into December. We’ve gone through this once before. We’ve had going back to the explosion, we’ve had several those houses stand for couple years before they tore down. We’re just trying to get back to our new normal.

Neighbors want to know why it's been sitting like this for 5 months. The siding is gone, piles of debris scattered, taller than a person.

"It's unsafe for the kids that live around here. And then you worry about mice and rats and raccoons and things like that," Aldridge said. "You just try to close your eyes as you drive by it, but it needs to be torn down and cleared off."

People have done their part by by reporting it to the Mayor's Action Center. Online, it shows the Marion County Health Department and the city's Department of Business and Neighborhood Services have been out several times to inspect, citing trash, junk, debris, high weeds and grass.

"For the neighborhood, we’re trying to get back to where we were at years ago," Aldridge said. "The prices in the neighborhood the homes are starting to go up, they’re on the market for a week or two and they’re selling over list price so this is where we want our committed to go. And that seems to be a little bit of the eyesore in the community.”

However, the fire department investigated the house for some time, so an extension was granted to the homeowner to clean the property. The city has a pending demolition order on the house, and the homeowner has until Nov. 11 to come into compliance, but it is on their radar.

The Department of Business and Neighborhood Services said there is no specific time requirement that a home needs to be torn down or repaired following a fire or other cause of damage. Each case is specific. Click here to check on a case yourself.