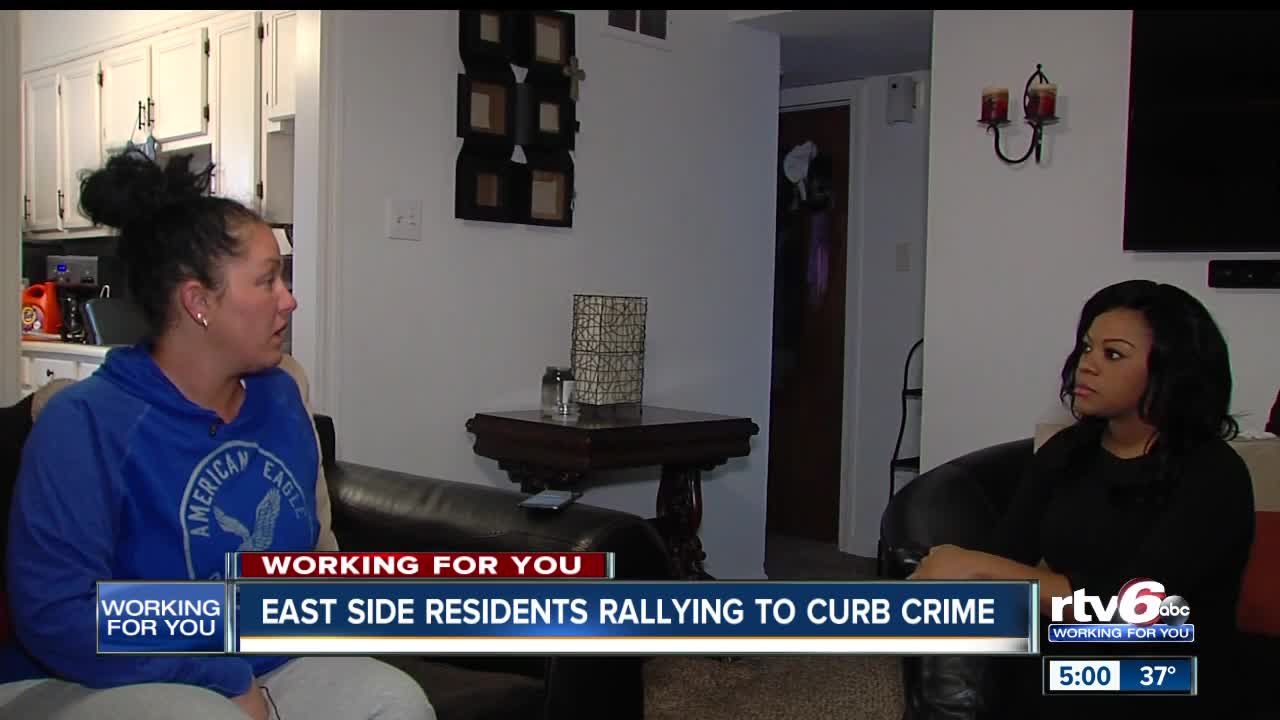 East side residents are asking the city to fix street lights to help put an end to car break-ins in the area.

INDIANAPOLIS — People who live or work on the east side of Indianapolis say they are fed up with a string of car break-ins.

They have a plan to put a stop to crime, but they need the city to give them more light so the culprits won't have anywhere to hide.

"It's dark," Amy Guerrero said. "It's so dark you couldn't see to identify someone if they were out there."

Street lights are few and far between on Bauer Road, and those who live there think that's sending the wrong signal.

"They broke in my niece's car and took her work backpack and prescription glasses," Guerrero said."

Lately, there's been an uptick in car break-ins with valuables disappearing once darkness falls.

"There was a gun stolen out of a lady's car, not even three or four houses down," Guerrero, who has had her car broken into, said.

It is not might brighter on 19th Street, and we counted one working street light on Bauer. Amy McGinnis said the light right outside her place works fine, but there needs to be more light in order to dissuade potential robbers from striking.

"I believe people are hitting in those areas where the street lights are out," McGinnis said.

Neighbors are flooding the Mayor's Action Center and requesting more street lights through Operation Night Light. They city approved 912 lights for intallation through the project. They hope they won't have to rely on their porch lights much longer.