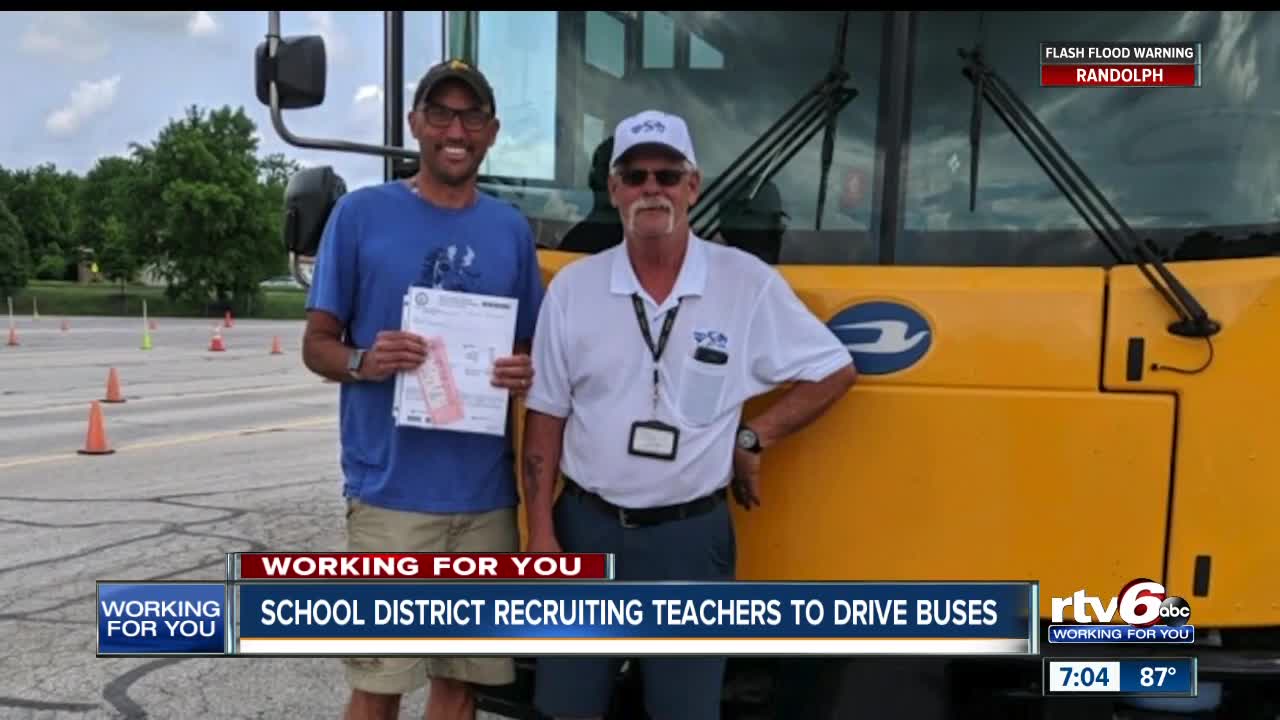 CARMEL — Next school year will bring a new morning routine for Mike Bostic. He's taken on many roles throughout his 20 years in education outside of being a physical education teacher with Carmel Clay Schools.

Bostic is now taking on a new challenge. He said "yes" when the district offered its teachers an extra $18,000 if they were interested in also becoming a bus driver.

"I was the tennis coach for 15 years. Done that. I've got a crossing guard. I've done carpool duty. As a teacher, you do so much, so why not add a bus driver to it?" Bostic asked.

This deal also helps out the district, which is suffering from a bus driver shortage, much like others across the state.

"The person needs to have access to benefits from another source. They need to have the flexibility to be able to work early in the morning for a couple of hours, and then come back in the afternoon," Roger McMichael, Carmel Clay School Associate Superintendent, said. "And so that starts to narrow down even the possibilities."

Because teachers already have classroom management skills and work well with children, this makes them ideal candidates.

Bostic says that the training wasn't easy and it was extensive. He syas it took him about 2.5 months to get his commercial drivers license.

"Lately we've had a lot of incidents of motorists running the stop sign for school buses, so, I mean, they literally have children's lives in their hands," Dennis Moe, a parent, said. "It is an important job, and so I feel absolutely comfortable with anyone that passes the background check that is qualified to do it."

While a little nervous about being in the driver's seat, Bostic said he would be ready come fall.

Right now, the offer is only open to elementary teachers because they start later in the morning and can run two routes. However, that could change after this school year, as the district is considering changing their start times.

The district says they will be flexible and work with teachers if they have after school hours with students. About five or six teachers have expressed interest and are now being trained. Carmel would like to have about ten more drivers if possible.