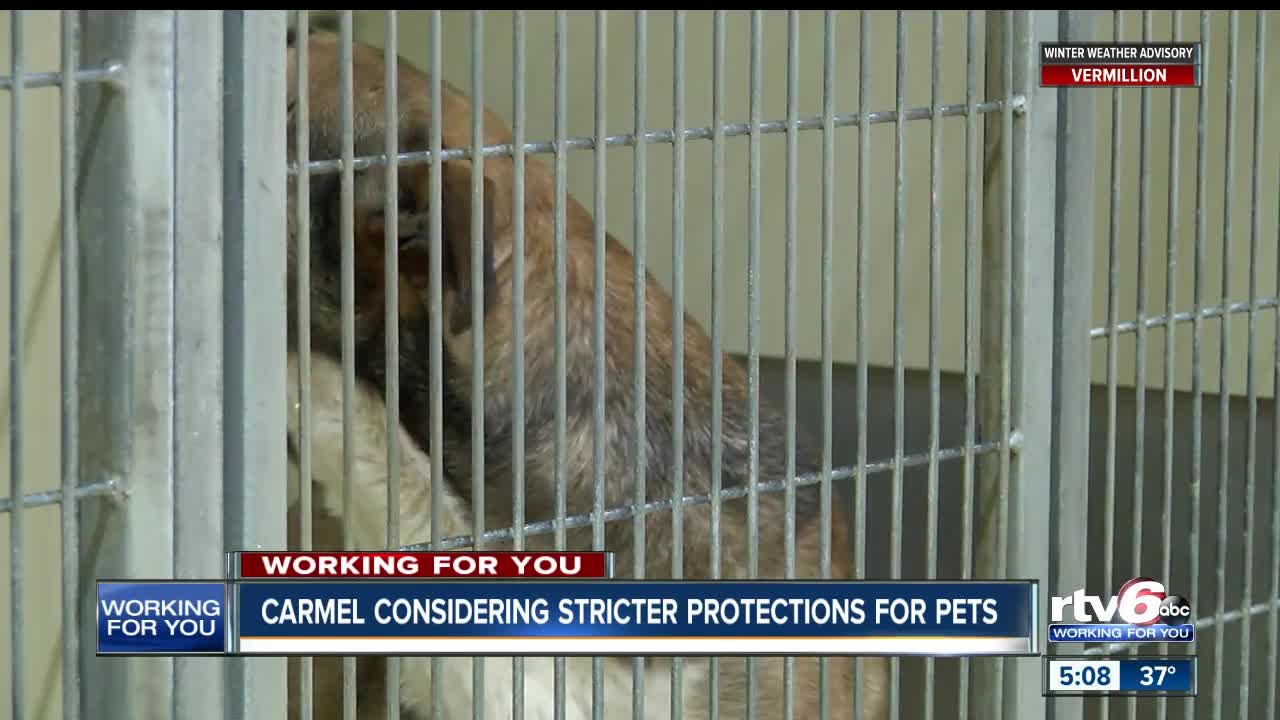 CARMEL — Some pet owners in Carmel could see stricter protections for pets if a city ordinance passes.

The ordinance, which will be introduced on Feb. 17, gives law enforcement tools to take action when they receive calls for things like pets being left outside in the extreme heat or cold.

"The tire just sitting outside in the backyard, I've seen puppies hunker down inside of that in the winter and someone thinks that's ok," said Rebecca Stevens, president of the Hamilton County Humane Society.

Stevens says there are many grey areas when defining animal cruelty laws in Indiana, and there is room for improvement.

In the fall, she worked with the Hamilton County Commissioners to overhaul the county's animal cruelty ordinance and defined things like adequate shelter and medical care.

This ordinance only applies to county-incorporated areas, not cities. Because of this, she is working with Fishers, Westfield, Noblesville, and Carmel, to update its language, too.

"A lot of these things we could enforce currently under our laws," said Adam Aasen, a Carmel City Council member. "I put this as more specifics and it's really important because when an officer is going out and talking to someone, instead of pointing to a law that may need some interpretation, it specifically says in there 'This is what adequate shelter is, this is what the appropriate temperature, this is the kind of tether or chain that is ok and it won't hurt animals.'"

"I am new to government but I've always believed that government's role is to protect those that can't protect themselves and certainly animals fall under that category," Aasen said.