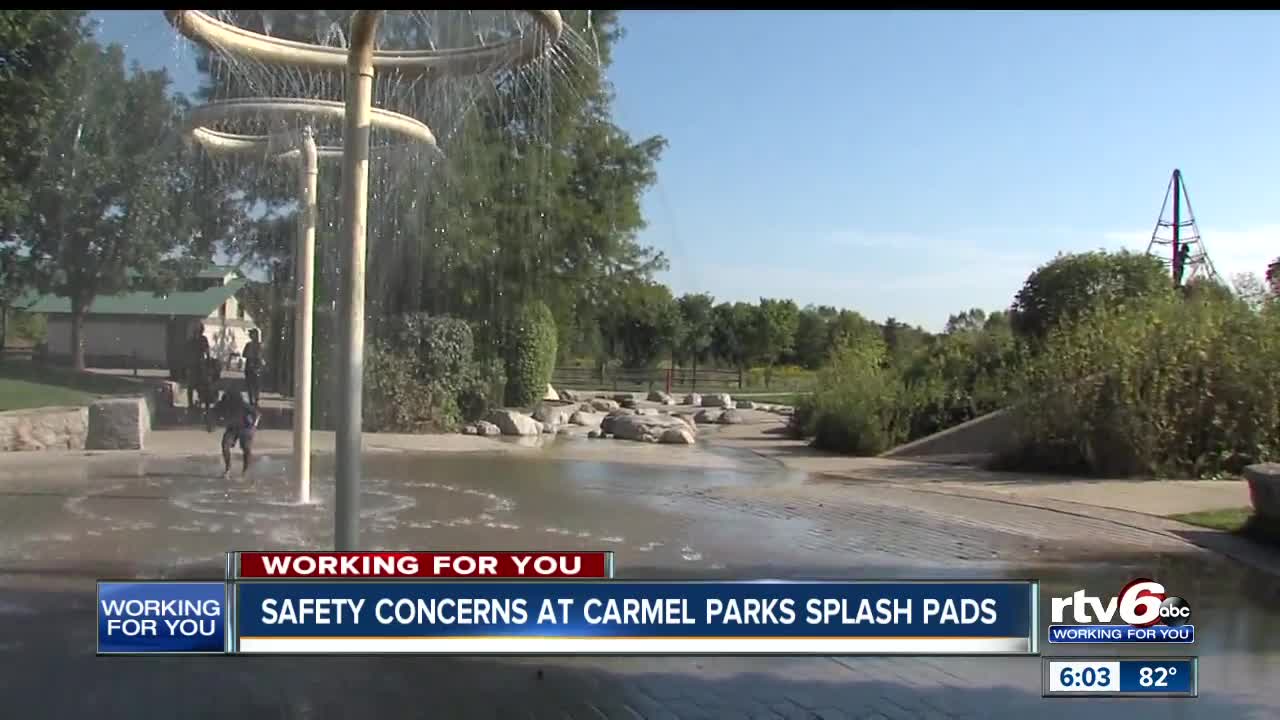 Two mothers in Carmel say their children have fallen on a slippery substance found at splash pads in parks.

CARMEL — Two mothers in Hamilton County said their children have fallen on a slippery substance found at splash pads in parks and one even took legal action after her son sustained a concussion.

"I just remember that hollow sound when his head hit the concrete and it bounced straight off of the concrete," Ericka Perron said.

"Especially at West Park, there are boulders around and my concern is that a child could slip on that algae and bump their head and it could be a lifelong injury," Trostle said.

Perron's son was sent to the hospital after a fall two years ago and found out he had a concussion.

"When he came over and said I'm tired and laid down and wanted to be covered by a towel, that was pretty frightening," Perron said.

Perron said it looked like a substance was growing on the concrete and might have caused the fall. She alerted the park about what happened and filed a tort claim, which the city denied.

"It's to be expected that when they play, we are hopefully coming to something, especially a city-provided park, that is going to be a safe experience for families and you don't want other kids falling. You don't want anybody else going through that," Perron said.

Fast-forward two years later, and Trostle's daughter slips and falls on what Trostle believes to be similar-looking algae.

"I just feel like they're kind of giving me lip service. It's like, 'OK thanks for letting us know,' but obviously this is a situation that's been ongoing for two years and it hasn't been addressed," Trostle said.

Trostle said the concrete remains slippery while kids continue to play on it.

"We hope that they'll just make it a little bit safer and do their job," Trostle said.

Carmel Clay Parks said their aquatic facility operators complete daily inspections of the splash pads. They also have a routine cleaning schedule for the pad surfaces to address any build-up on the concrete that would cause slick conditions.

They said they will send an operator to check on the splash pads and have scheduled maintenance later this week.