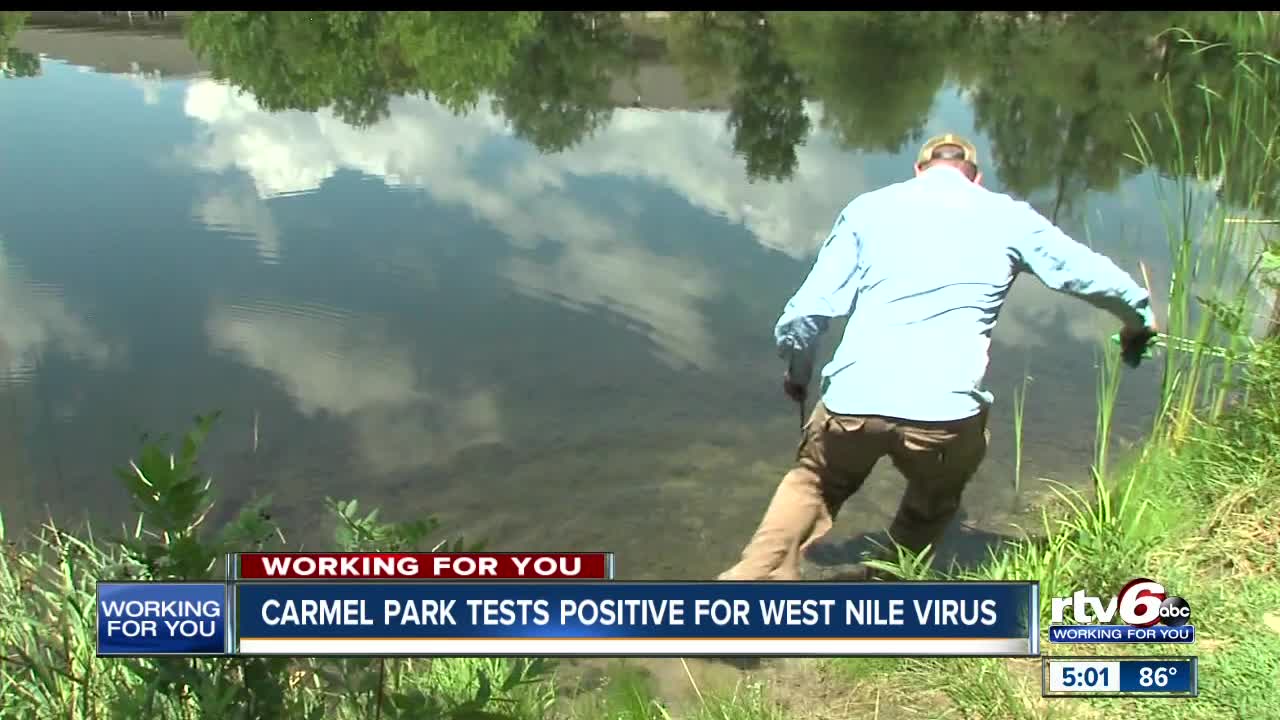 Concerns continue to grow after mosquitoes found in Carmel tested positive for the West Nile virus a few days ago. A Carmel resident contacted RTV6 and said he had concerns about the mosquitoes in this park for years.

CARMEL — Concerns continue to grow after mosquitoes found in Carmel tested positive for the West Nile virus a few days ago. A Carmel resident contacted RTV6 and said he had concerns about the mosquitoes in this park for years.

According to the Indiana State Health Department, mosquitoes have tested positive for the West Nile virus in five Indiana counties. One of the areas impacted is Meadowlark Park in Carmel.

"When I saw the algae and everything else I became concerned because that breeds disease and virus and everything," Marshal Andich, a Carmel resident, said.

Andich says he voiced concerns about the wet conditions and standing water to the city a few years ago.

"When I sent something... three years ago, no one responded to it," Andich said. "But I think now this is a lot more in the news because it has been found in several counties in Indiana."

"We have a creek that goes through it; we have a pond that's docked by the Indiana Department of Natural Resources. And it's also a park that has some wetlands in it," Michael Klitzing, Carmel Parks and Recreation Director, said. "So there's areas where there is just standing water and those are all conditions where a variety of insects — mosquitoes included — like to thrive and live."

The Hamilton County Health Department does testing at Meadowlark Park on a weekly basis. The department has traps in place, and if they see anything, they immediately spray.

The city says they're also taking steps to make improvements at the park — dedicating about $3.1 million from the Clay Township Impact Program to replace the existing playground, fishing pier and other amenities.

Hopefully, that will resolve any issues.

"Some of the areas where the water stands were originally wetlands. And looking at converting them back to wetlands, so that they have a more natural balance," Klitzing said. "So we're looking at doing things like that. Making sure that our playgrounds and our shelter are not in the lowest part of the park."

The Meadowlark Park is only one of six parks in Carmel that will undergo renovations next year in Carmel.

Once they start planning this fall, there will be an opportunity for public input to best address the needs of the city.