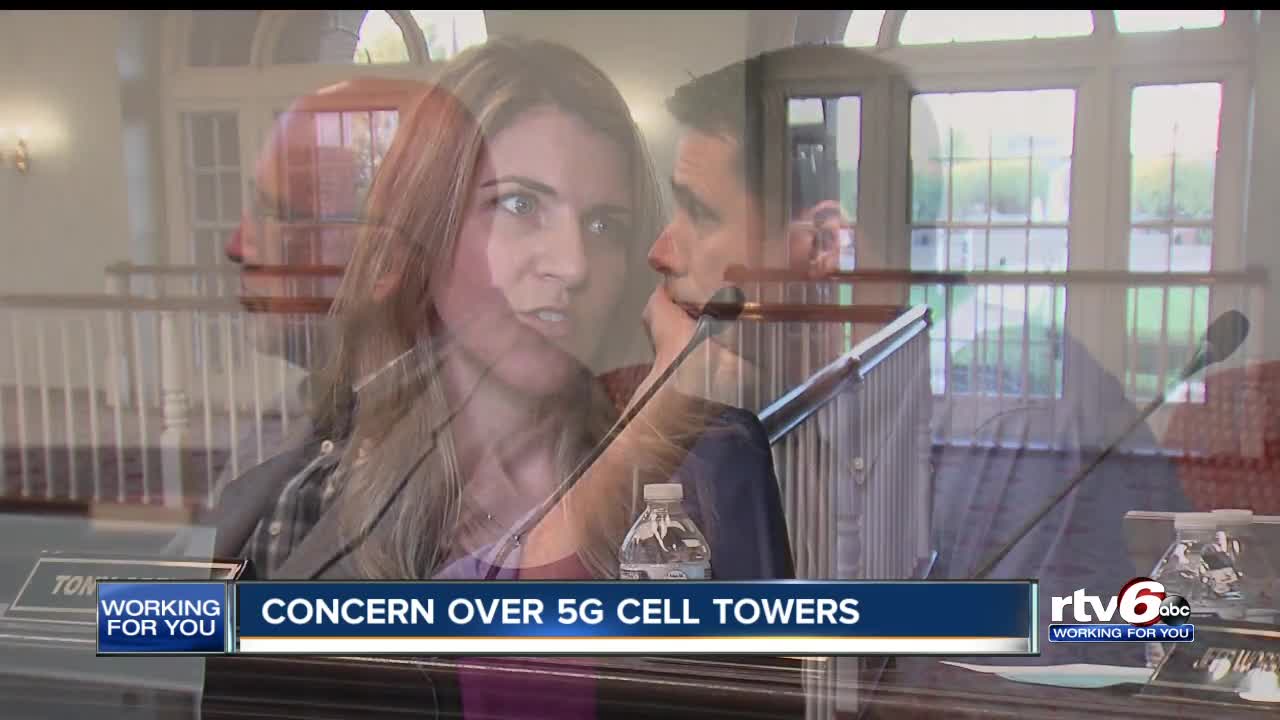 Residents were voicing their concerns over the new 5G towers in Carmel at the city council meeting Monday night. CARMEL — Residents were voicing their concerns over the new 5G towers in Carmel at the city council meeting Monday night.

The new small cell towers for 5G are popping up all over and some people are not happy about them.

Last week, Call 6 Investigates told you about how companies, like AT&T and Verizon, don't have to tell you when they are installed.

Gail Thomas is just one of the many people who came to the meeting to voice their concerns about the towers.

"Right in front of your home, where your children play, kind of at bedroom level," Thomas said. "These are all the very serious considerations that we have."

Thomas says she is concerned about some of the potential health risks.

People are asking for more research to be done before they are installed on light poles in their community.

CTIA, which represents the U.S. Wireless Communications Industry, says the current scientific research shows there is not health risks associated with the towers.

At the meeting, Thomas showed them some of the warning signs placed on the signals.

Thomas is asking for the city to consider the following:

"We just need more information before we can just relax and feel safe and guaranteed to know it's safe, Thomas said.

The city council didn't take any action on this Monday night.