Carmel woman concerned her paradise is being washed away 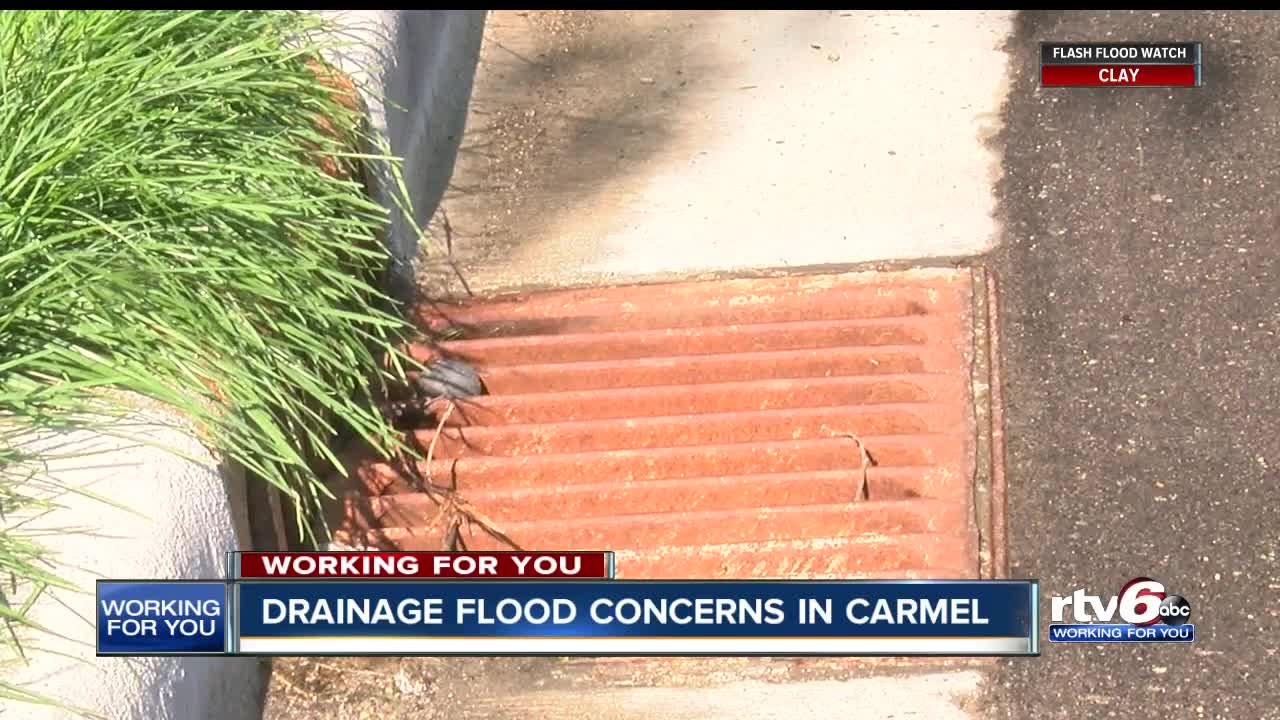 A Carmel woman says recent rain is flooding her property thanks to a change that sends excess stormwater into her backyard.

CARMEL — Elise Montoya lives in a home off Audubon Drive perfectly situated for a woman who wanders through the woods to collect her thoughts.

However, with the recent heavy rain, she's seeing her paradise get swept away by flood waters she said are the result of a changes that sends excess stormwater straight into her backyard.

Montoya said every time it rains, stormwater from a nearby neighborhood is diverted through her property forming a runoff area she said wasn't there before. The problems began with a new drain, she said, and she is worried about the future of her forest.

"This tree is gonna die," she said. "They're changing the topography of the land here."

Montoya has lived at the wooded three-acre property with her family since August 2015.

"We bought it because we said we actually wanted to preserve it," Montoya said.

She said the installation of drains and curbs on Audubon Drive is flooding her paradise with stormwater.

But, this week, the rains came and Montoya said the water brought trash and destruction.

"There should be dirt all the way up to here," she said, pointing. "Every time it rains, it erodes."

Montoya said she has received no help from the city.

"It doesn't seem like they care if we lose our garage, what they're doing to our property value or if they kill our entire woods," she said.

The City of Carmel's engineering department has not responded for comment, while the Indiana Department of Environmental Management said they're still researching the issue to determine whether the drainage change affected historical watersheds.