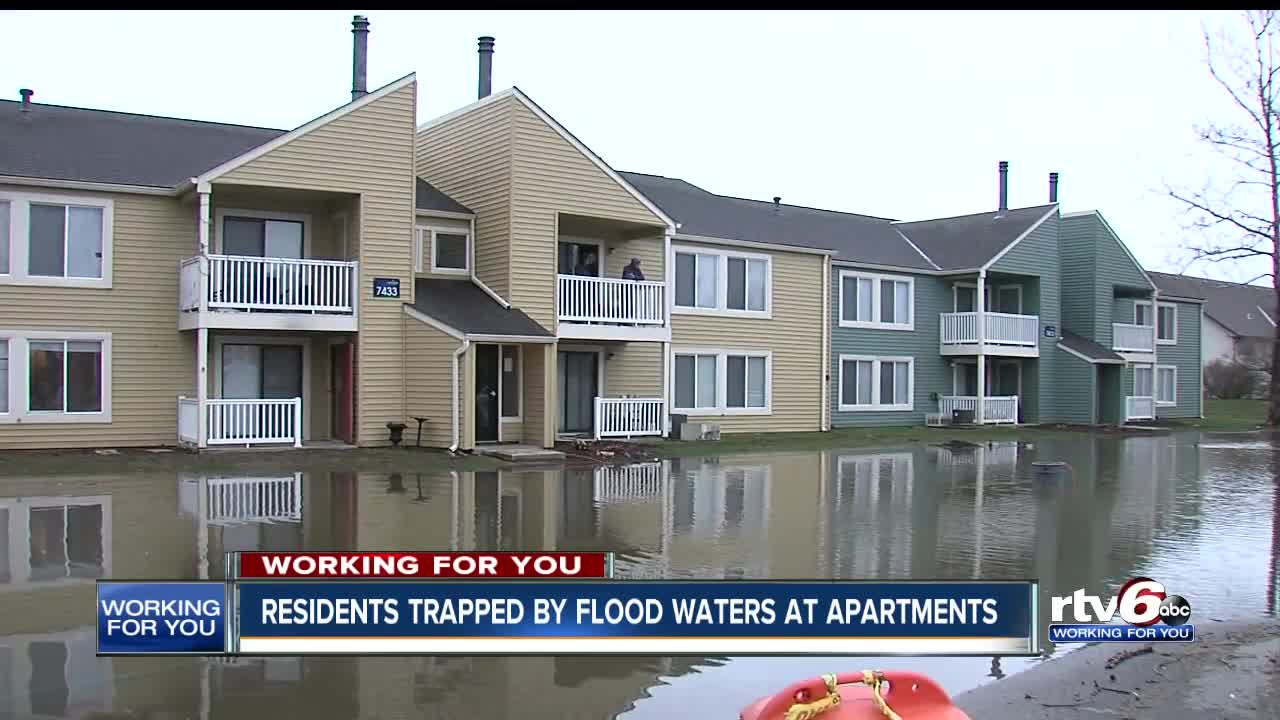 Residents at the Waterside of Castleton apartment complex said they are trapped in their homes after heavy rain this weekend caused a retention pond to overflow. 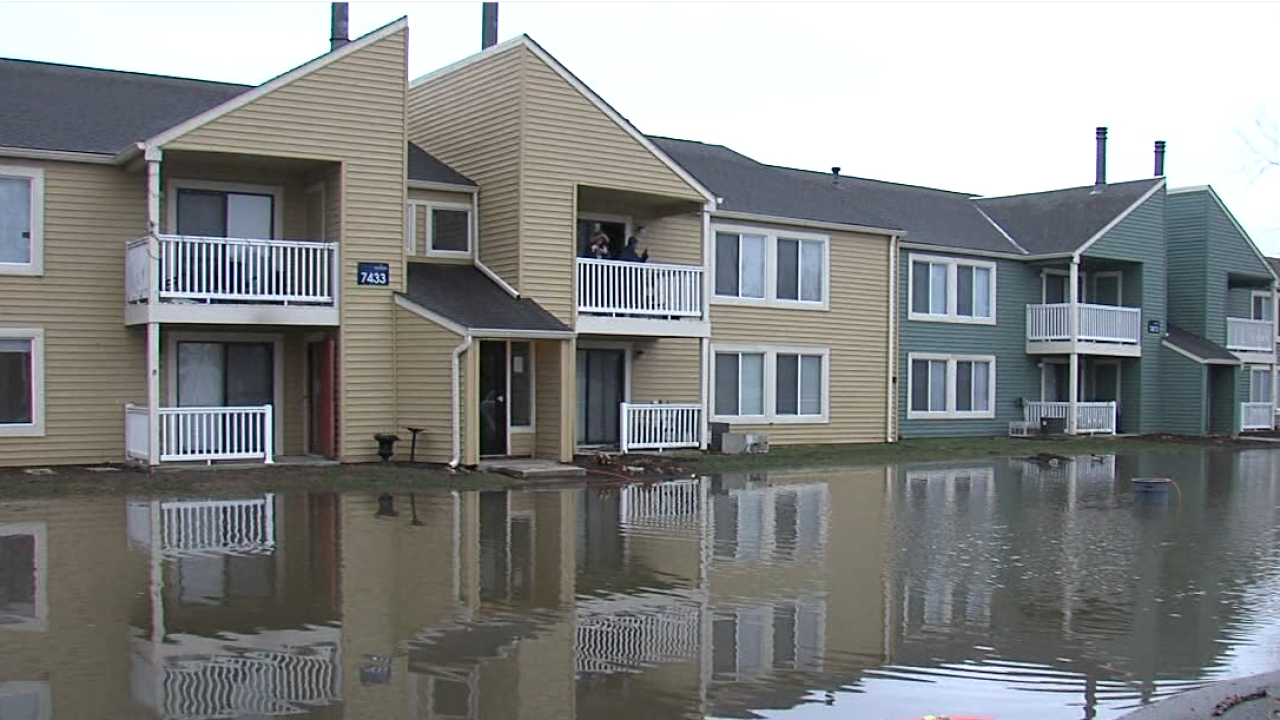 INDIANAPOLIS — People living at an apartment complex in Castleton said they have been trapped inside their homes and their cars are flooded out after heavy rain caused a retention pond to overflow this weekend.

Judith Hillyer lives at Waterside of Castleton, but she didn't agree to be this close to the water, and she isn't too happy that it could possibly damage her vehicle.

"It was actually worse than this. It was over the curbs," Hillyer said. "That car on the very end, right there is my car. We had to cover up my muffler with a trash bag yesterday just to make sure no water got inside. There was actually a lady who's car did fill up with a lot of water yesterday."

Hillyer said the complex did set up a pump in the water, but there is a bigger issue and she worries if the flooding will continue every time there is heavy rain if something isn't done to fix it.

"They said there was a blockage, not from our side, but they wanted to say it was from the city side connecting the interstate," Hillyer said. "I think we need to work on the drainage system here. Take a better look at how the lake is connected to the parking lot and see how that affects the residence."

Until then, Hillyer said she is having a difficult time even leaving her apartment.

"It's hard to get to work, hard to go get groceries or go about your daily life when you have to swim out to your car," she said.

And she worries what's going to happen when there is more rain later this week.

RTV6 tried contacting managers at the complex to see what is being done to resolve the issue, but we were told to call back Monday.

Ben Easley, a spokesman from the Marion County Department of Public Works, said the retention pond in question drains under private property into the state's public right of way. The city does not own anything immediately downstream.

RTV6 also reached out to the Indianapolis Department of Transportation to find out who is responsible.