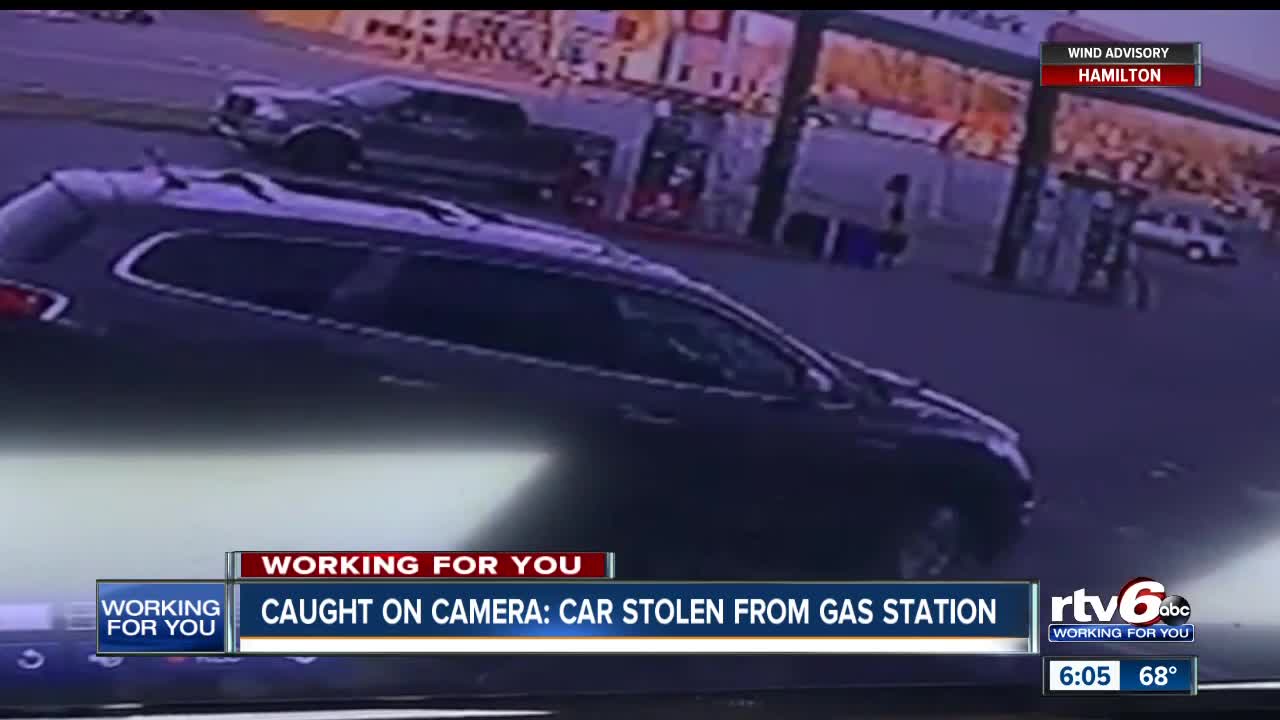 INDIANAPOLIS — In less than a minute a woman's car was stolen after she parked her vehicle and went into a gas station on the city's east side.

"I'm just like appalled it happened so fast," Angel Martin, the woman's whose car was stolen, said.

Martin parked to go inside a Country Mark gas station at English Avenue and Sherman Drive on the east side. Her mistake was leaving her keys in the car.

"All I could think about is what if my son was in there because that's so scary because they could've taken him," she said.

In shocking surveillance video (in the video player above), a truck pulled up near her 2011 Buick Enclave, a man exited the passenger side and hopped into her car. Then he quickly took off.

"I just bought this car," Martin said. "I put all my money into this, so it's really hard trying to figure out what I'm going to do next."

She bought the car only a week ago. She had also just cashed a check and left $500 inside, plus her son's stroller and his car seat.

"I'm really hoping somebody does something about finding these people because this can't keep going on," Martin said. "This is such an inconvenience on people's life, and people work hard for what they have."

"You don't know who's around the corner. You don't know who just pulled up and watched you get out of your car," Officer Cook said. "Maybe they have two people working together. One person is watching you inside. Maybe somebody does something inside to delay you from getting back to your vehicle."

Police say they see these kinds of crimes often happen at gas stations or while people are trying to warm up their cars, especially in the winter.

"Turn your car off, take the keys with you, lock the car even if it's in an area where you feel like 'I'm safe.' Still, protect your assets," Officer Cook said.

Police are still searching for the suspect. If you have any information about the vehicle - or any other stolen vehicle - call the police.