Caught on Camera: Thieves target vehicles on southwest side of Indianapolis 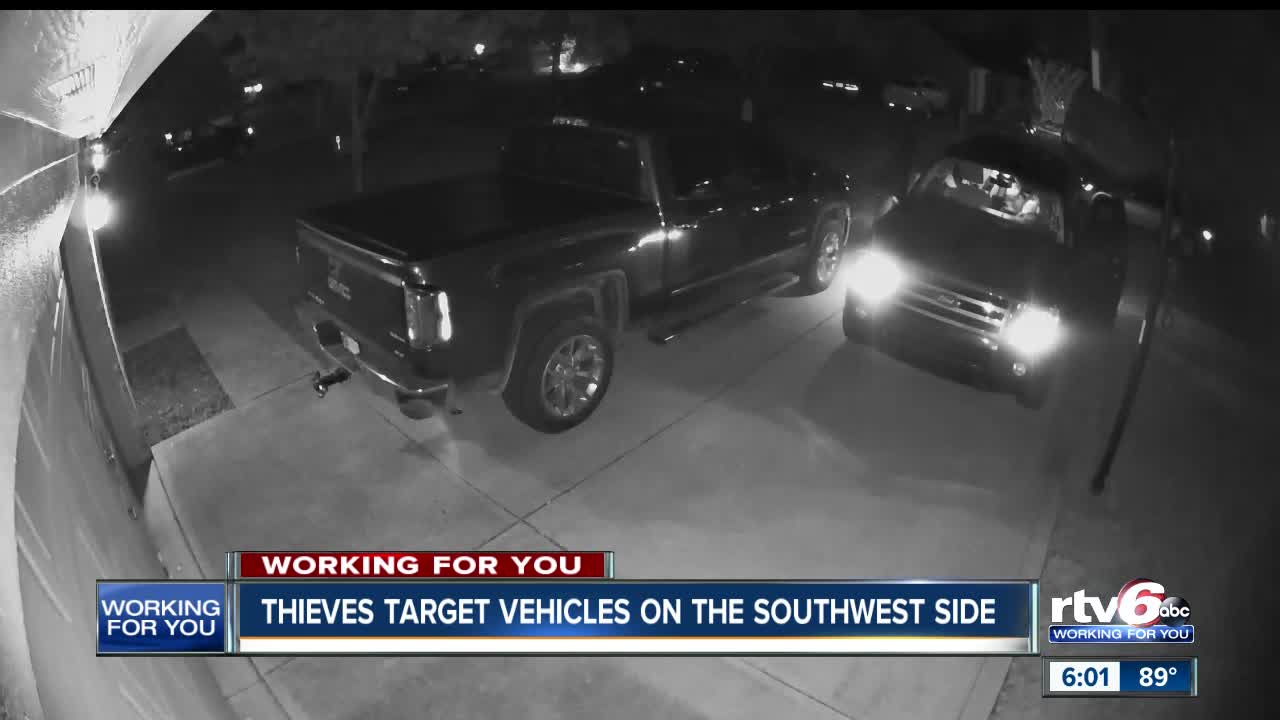 Several people on the southwest side of Indianapolis believe the same group of thieves is targeting their neighborhood. The thieves have even been caught on camera breaking in, and even stealing, vehicles. 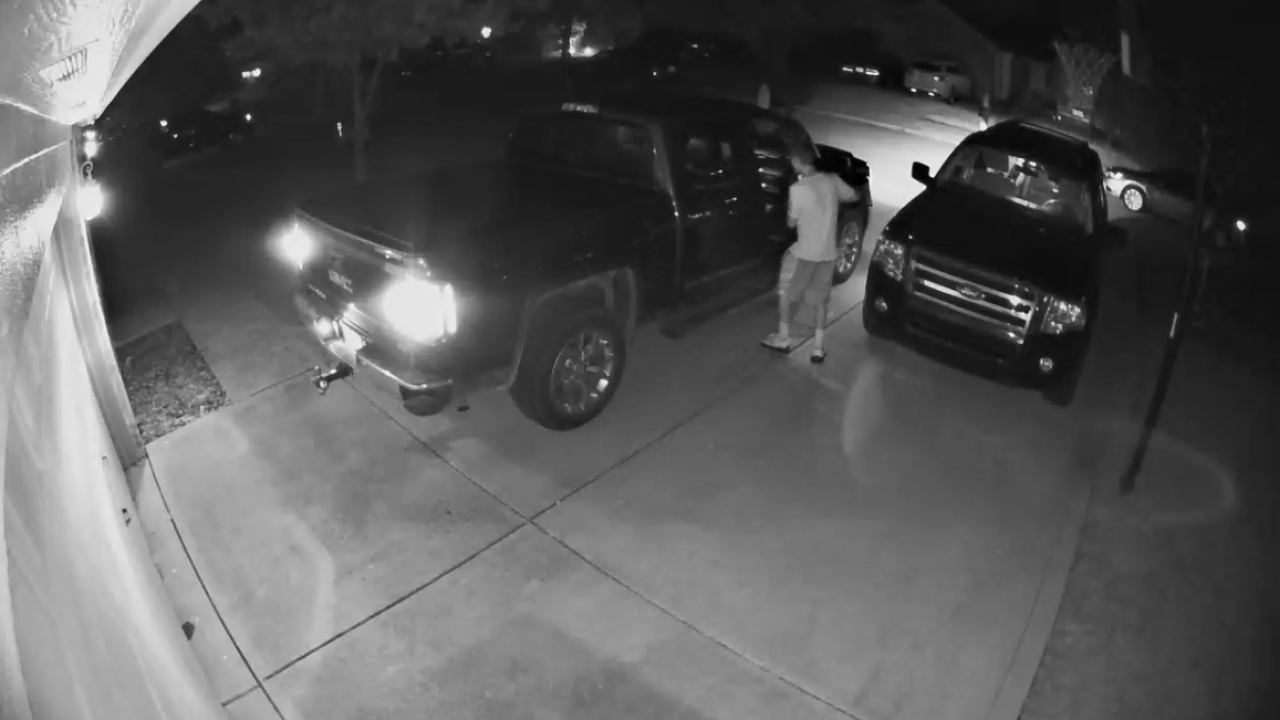 INDIANAPOLIS — Several people on the southwest side of Indianapolis believe the same group of thieves is targeting their neighborhood. The thieves have even been caught on camera breaking in, and even stealing, vehicles.

The recent string of car thefts has even impacted a local business owner. Paul Miller, owner of Innovative Home Realty, let a client borrow his box truck to move into their new home in Heartland Crossing.

However, come Tuesday morning, Miller found out his truck had been stolen.

"The buyer of this home started calling me at 6:30 in the morning, freaking out, and saying, 'hey, the truck is missing; did you come get it?" Miller said.

Miller lets clients his box truck as a courtesy, but the truck was stolen from Camby sometime Monday night, or early Tuesday morning.

"It's a busy season right now. I've already promised the truck to other clients," Miller said. "So, now I'm going to stick to my word, and if they rent a U-Haul, I'll pay them back. It's costing me more money and more time."

In just the last week, Indianapolis Metropolitan Police Department officers responded to five stolen vehicle reports in Camby, in the last 30 days they have responded to 14. On the southwest side, there were 21 in just seven days.

Other agencies also cover Camby since it's in several counties, it's likely the numbers above are even higher.

"I heard it was also in Avon and Brownsburg too," Miller said. 'That they have the same kids on video, everywhere, breaking into the cars, and stealing stuff."

Here are images of the suspects from a theft Thursday night in nearby Decatur Township.

"It's easier to steal something from somebody then it is to go work 40, 50, 60, hours a week and provide yourself with your own money to buy it on your own," Brent Phelps, whose truck was stolen from Decatur township, said.

There are three people in the video player above, stealing from vehicles. Two of which come back and take off in Phelps' truck.

Luckily, Phelps put a GPS tracking system in his truck and was able to get it back with the help of police.

Phelps' truck was found near Washington Street and Tremont in Indianapolis. Both Phelps and Miller hope these thieves are caught soon before frustration from car owners escalates even more.

"You may, instead of having a stolen vehicle or broken into somebody car, maybe end up getting killed out of it," Phelps said. "People are getting tired of it."

The thieves in those videos are also accused of stealing from unlocked vehicles. Items stolen include a gun, expensive sunglasses, and keys belonging to another car.

"I could say kids are kids; you hope they find the right way," Miller said. "Learn that what they are doing is wrong and you want them to get caught for what's happening. I'm just at a loss for words there."

If you recognize the kids in those videos or pictures, contact police.

RTV6 has reached out to both IMPD and the Morgan County Sheriff's Office and has yet to receive a response.