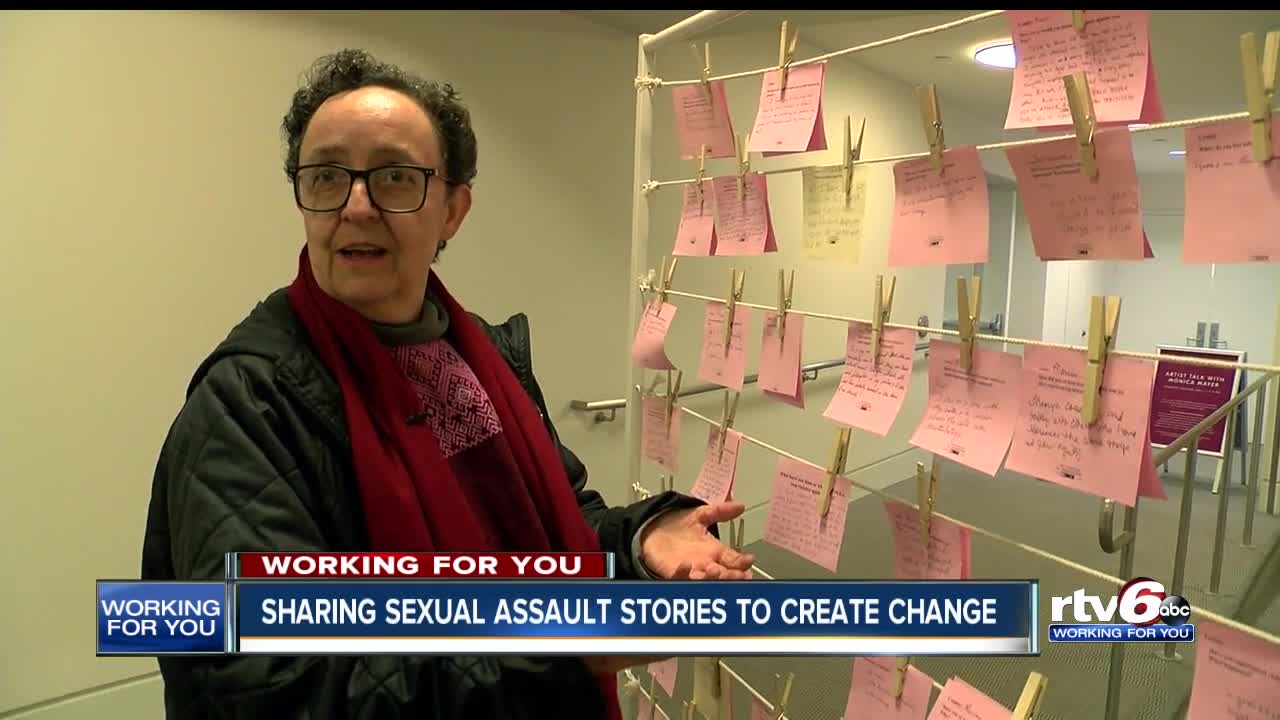 Two local organizations created the Clothesline Project to shed light on sexual assault and persuade lawmakers to change our laws.

INDIANAPOLIS — Two organizations have started a year-long project to shed light on sexual assault and to ultimately persuade legislators to change Indiana's laws.

According to figures from the Indiana State Department of Health, more than 1.5 million Hoosiers are raped or sexually assaulted each year. To put that in perspective, that number is nearly double the population of the city of Indianapolis.

That's why Women 4 Change and The Indiana Coalition to End Sexual Assault started The Clothesline Project, which gives women a chance to tell their stories on pieces of paper that are attached to clotheslines.

One woman wrote, "My ex-fiance sexually assaulted me. I pressed charged. He got off. Another woman recalled, "I was 5 and had a male babysitter. Didn't tell anyone until my own daughter turned 5."

Mayer, a feminist activist and artist, is the creator of the original Clothesline Project, El Tendeero, in 1978. That was a time when people had an even harder time talking about sexual assault.

"The whole object would be we get to a point where nobody answers anything or people read the answers from many decades before and say, really, people used to do things and it was sort of accepted and natural," Mayer said.

Unfortunately, the stories shared on pieces of paper show sexual assaults continue to happen in our communities, primarily to women.

Mayer hopes people rise up and are inspired to change by The Clothesline Project.

"It's a complex problem that has the same root, which is education. Education of men not to be taught to be violent, of women that we have to defend ourselves and not accept and of society that this is a social problem and we have do something about it as a society," Mayer said.