Columbus bans vaping in all businesses and bars 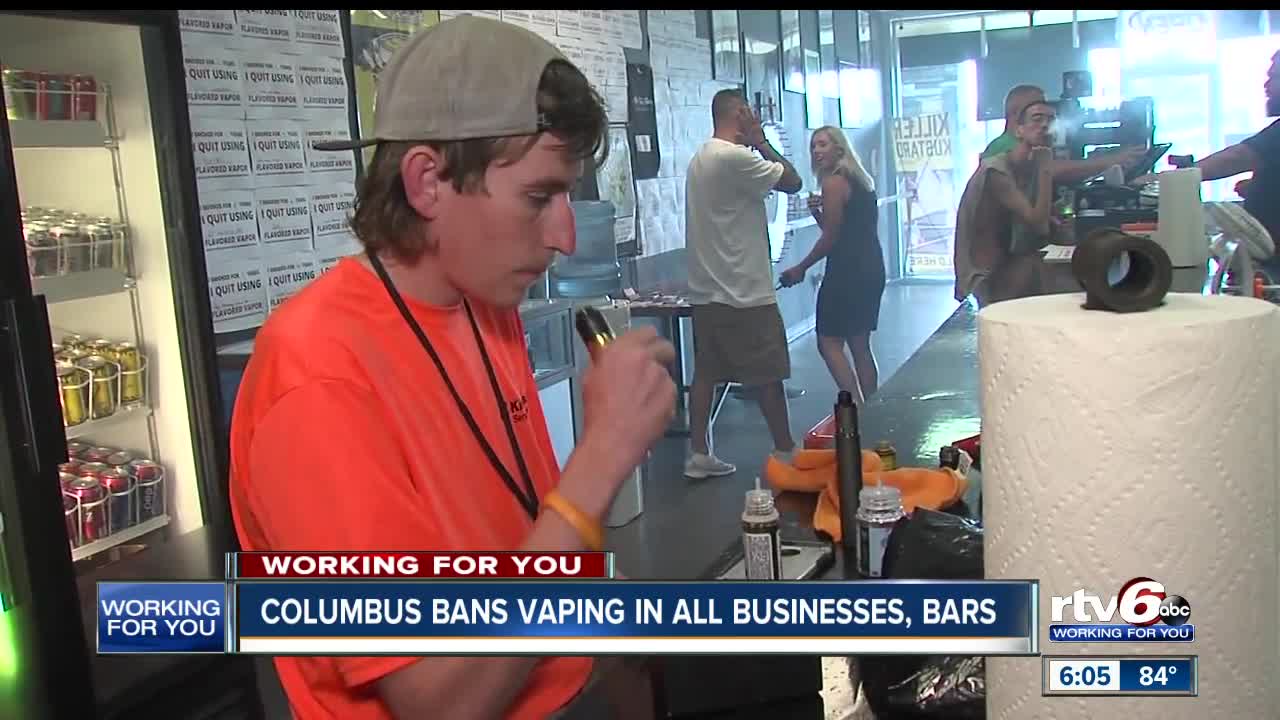 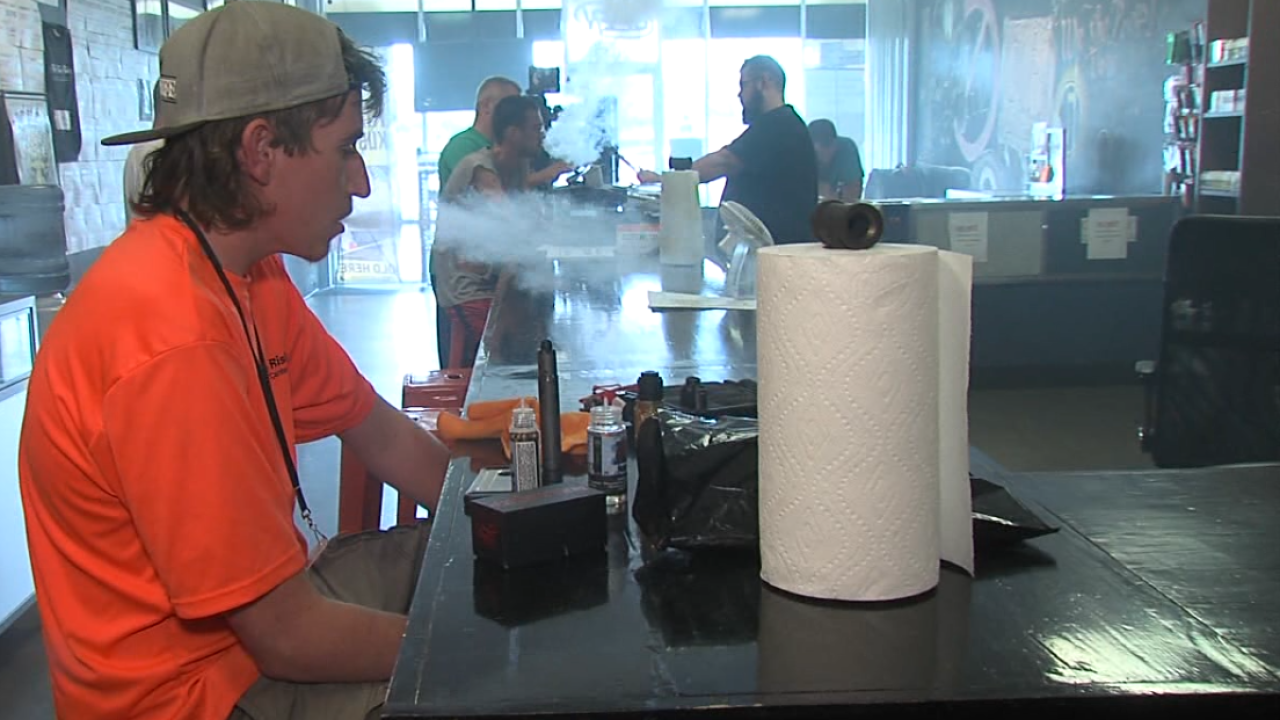 COLUMBUS, IN — An Indiana city is joining others across the country in cracking down on vaping.

City council voted Tuesday night to ban vaping inside all businesses in Columbus, and that includes clubs and bars. Cigarette smoking is already prohibited in these places, but now that will soon include e-cigarettes and vape pens.

It's no secret that vaping and smoking e-cigarette is popular.

"This is $1 trillion industry. I mean you have a brand called Juul that's literally a $1 trillion company," Christopher Fortmeyer, who works at a vape shop, said.

"I think it's discrete. I think it's a really easy way to hide it from your parents," Fortmeyer said. "So I don't think it's something that everyone of the legal age is doing."

Though you legally have to be 18-years-old to vape, it's especially popular amongst teenagers.

"My kids vape. I don't agree with it," Bristel Merrill, a parent, said. I asked them what is the point? They don't even know."

"They're so into the buzz of it more than the actual benefit of quitting smoking," Fortmeyer said. "And I can see these kids come in and they're asking for the highest possible milligram level. And there's no way they were even smoking cigarettes before. It's just like yeah my friends are doing this, I want to do this."

With this in mind, and the fact that the Centers for Disease Control and Prevention announced at least 13 Hoosiers have developed a lung illness believed to be related to vaping, we're seeing cities like Columbus take action.

"The studies and the research has come back down on how unhealthy it is," Tom Dell, a city council member, said. "We felt like it was prudent for us to step out and say we believe it could be it because of that we want to protect our citizens and offer them a healthy environment."

Now, no one will be able to smoke inside any business in Columbus. But as the law is currently written, that would also include vape shops, which would impact their business, as customers like to test out products.

We didn't want to react too quickly and try to put something in that we didn't feel like would be good for the citizens in the city as well as the owners of those particular establishments," Dell said. "So we want to work that out through our ordinance review committee and we think we can get that it accomplished and put in good language that it will allow them to have the exemption as long as we can make sure it's right for our citizens."

The city council has 60 days to figure out whether they want to exempt smoking in vape shops before the law takes effect October 19.

If caught in violation, you would have to pay a $50 fine.