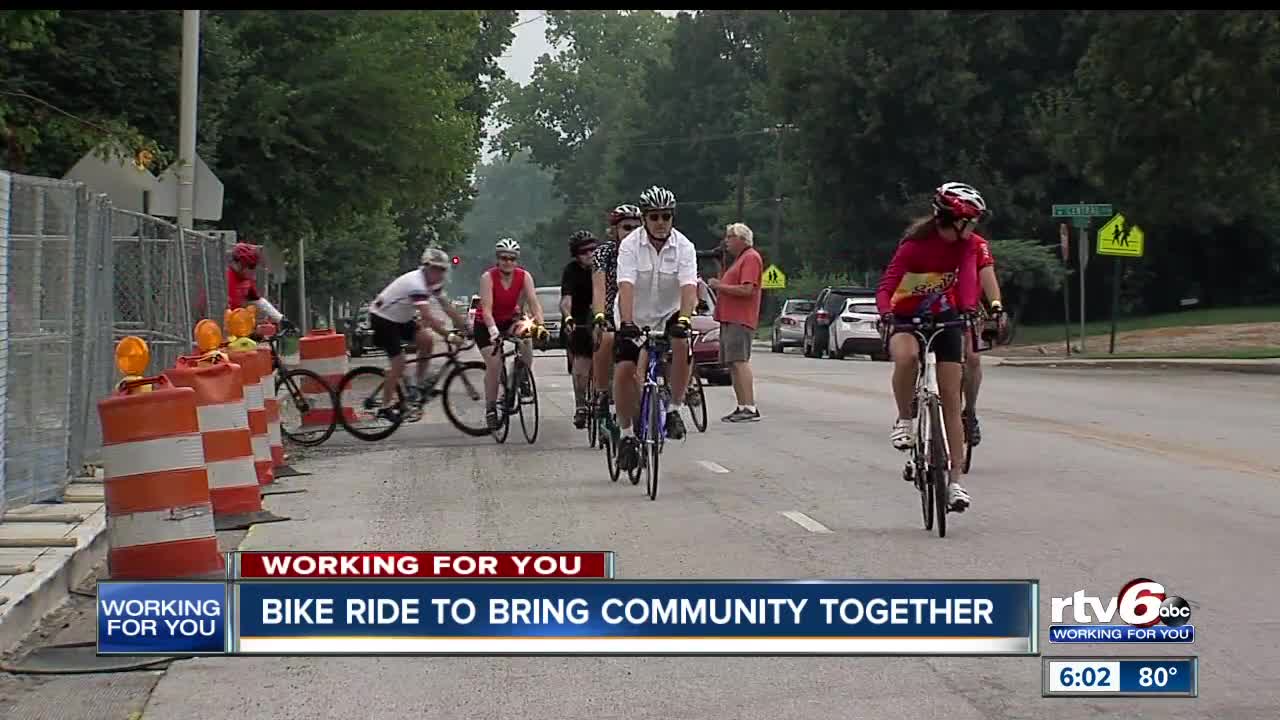 Named after their founder, Nancy, who recently passed away, the bicycle group hosted Nancy's Ride.

"They have different bike rides happening all day from five-mile rides to 100 miles," Freewheelin Community Bikes executive director Alison Cole said. "The goal is to get the community together and ride together."

Freewheelin' is a youth development organization that teaches kids how to fix bikes and ride safely, while also teaching them leadership skills and independence.

"When I first started the program, I wasn't really allowed to bike anywhere and I was starting to be allowed to go just kind of wherever I wanted," 13-year-old John Tanner said.

Freewheelin' is also heavily involved with the city's latest effort with "neighborways," where we'll soon see new signage to connect bicyclists and scooter riders to other bike paths using residential roads on the near-north and southeast sides of the city.

"Basically, bike paths on residential streets to help people get out and riding," Cole said. "Kids and parents, families, friends just getting out on their bicycles and seeing our city from a different perspective."