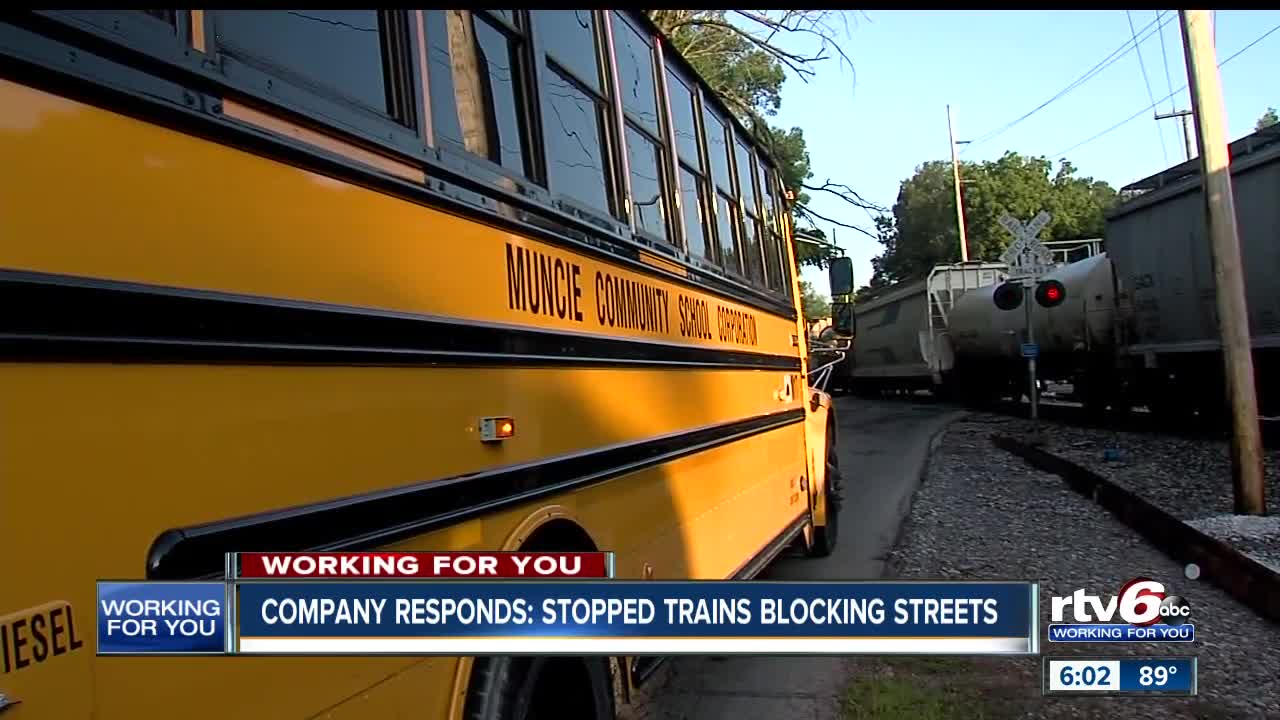 Drivers in Muncie are frustrated as stopped trains continue to cause significant disruptions. Groups of people are fed up with the trains blocking streets for up to four hours at a time. 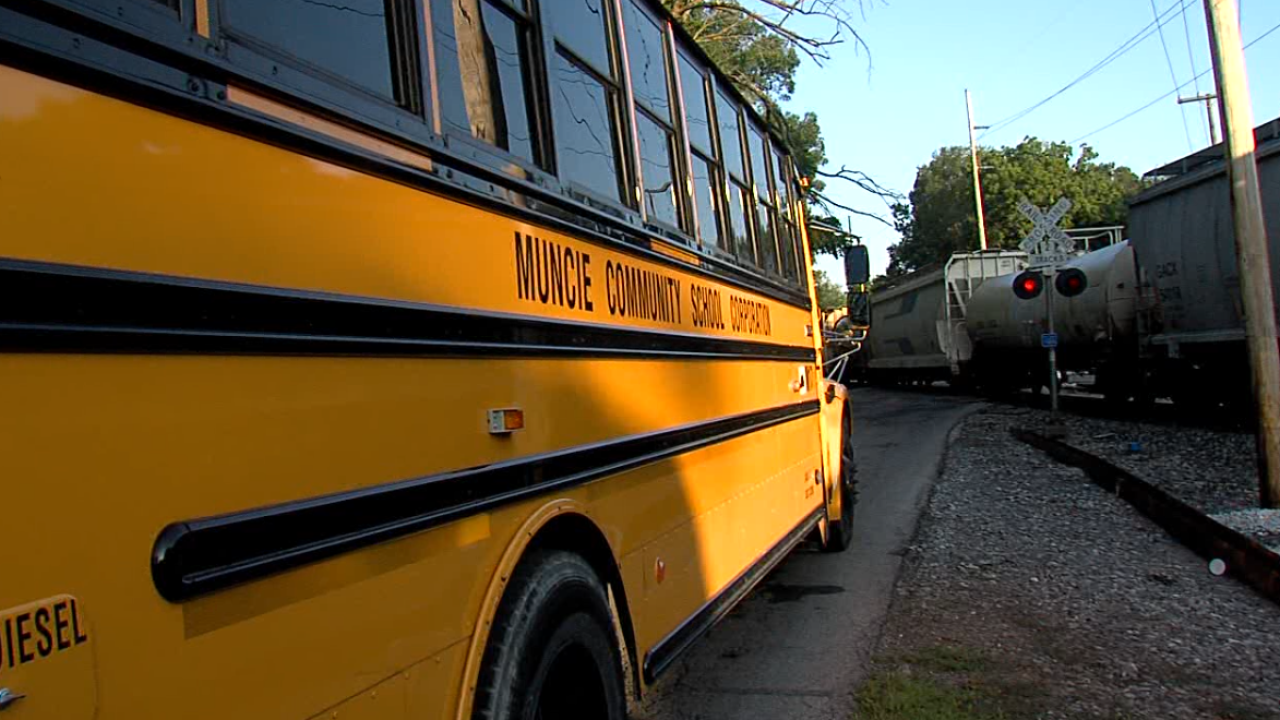 MUNCIE — Drivers in Muncie are frustrated as stopped trains continue to cause significant disruptions. Groups of people are fed up with the trains blocking streets for up to four hours at a time.

First responders and schools are talking about the delays getting to emergencies and kids arriving late to school.

One woman RTV6 talked with uses the Muncie Indiana Transit System very often. She's blind and relies on the bus to get her to work as a massage therapist in the Muncie Delaware County Senior Center.

"Daily. Every day," Myra Robison said about using the MITS. "So I need my paratransit to be on time."

When a train is stopped, blocking a street, her bus driver needs to cross it makes her late for appointments.

"The worst one is being late for a doctor," Robison said. "That's the absolute. Because they will either not see you and or they will charge you if you're late."

"It's actually a giant hindrance," Erbie Bertram, a MITS bus driver, said. "We've never had anything devastate our schedules quite like this."

Next year marks Bertram's 22nd year as a bus driver. He says MITS is short on drivers because people don't want to deal with the delays and detours.

However, at the same time, they're also seeing an increase in passengers — folks with disabilities or the elderly who need this transportation.

"Anytime there's a deviation, then that leaves the riders out in the cold," Mayor Dennis Tyler, D-Muncie, said. "It's all about all the railroads and the trains being able to do what they need to do."

Mayor Tyler says a supreme court ruling made last year no longer allows cities to fine or ticket railroad companies for blocking a street for more than ten minutes. They could and did in the past.

There is very little cities can legally do now to stop trains from stalling.

"We have pictures of children going to and from school crawling through the trains to get from one side of the tracks to the other," Tyler said. "Now not only is that not legal it's extremely extremely dangerous."

Norfolk Southern Corporation officials finally got back to RTV6 this week, saying operational situations might require a train to stop or slow, temporarily blocking a crossing.

The company apologizes for any inconvenience, saying: "working closely with our transportation team to review local operations in Muncie."

If a train blocks a crossing for an extended period, people can call Norfolk Southern Police at 800-946-4744.