Madison Co. community grapples with loss after another teen takes their own life 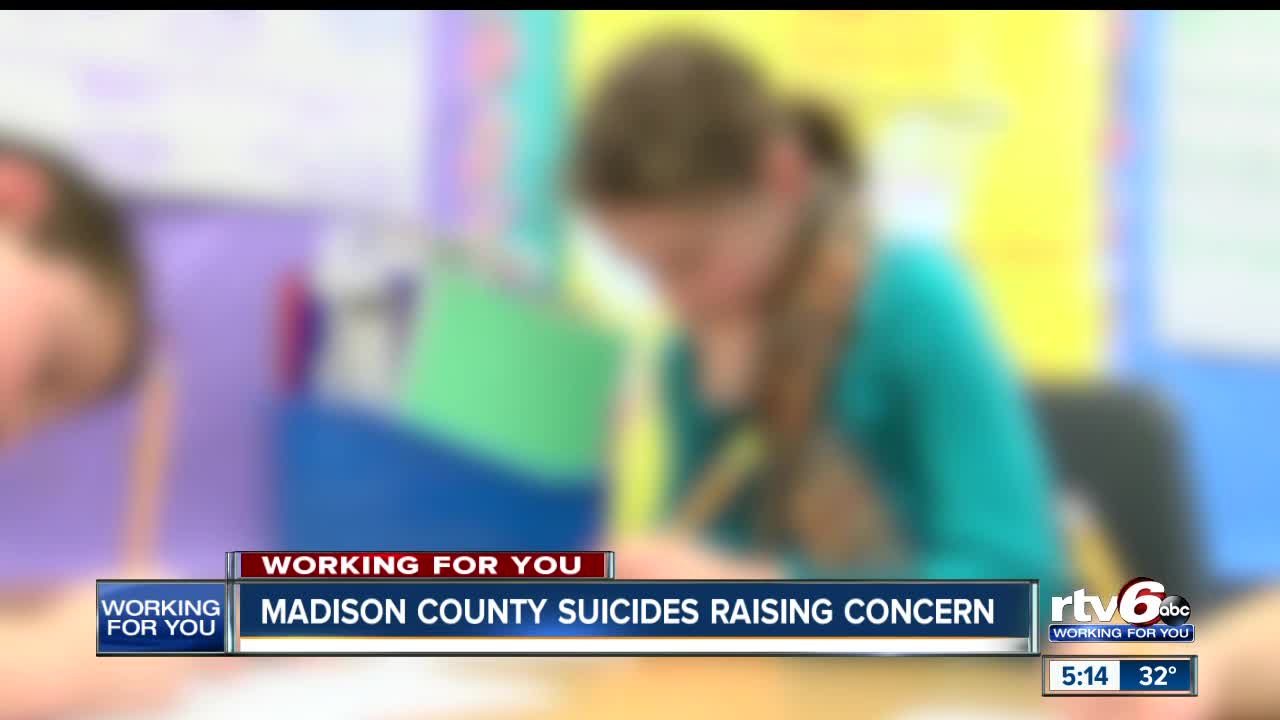 A Madison County community is devastated and trying to cope after the death of a teen, who committed suicide this week. First responders in the area say more help is needed. Editor's note: This story discusses suicide. If you or anyone you know is having thoughts of suicide, please contact the National Suicide Prevention Lifeline at 1-800-273-8255.

MADISON COUNTY — A Madison County community is devastated and trying to cope after the death of a teen, who took their own life this week.

More than 120 Americans lose their lives every day to suicide, and it is the 10th leading cause of death in the nation. While many schools have suicide awareness programs, first responders say more help is needed to combat the growing issue.

"We know we can't solve or prevent all of them, but if we can get the information out to maybe even save one person," James Harless, a paramedic in Anderson, said.

The recent tragedy in Madison County is bringing to light a real problem of young people taking their own lives. In the county alone, there have been at least three suicides in recent months where the victim was 18 years or younger.

Harless, who has been a firefighter and paramedic for more than a decade, said he has responded to a number of suicides and it never gets easier to process.

"It builds up on the first responders every time, too," he said.

There have been at least five elementary school students in Madison County who attempted suicide and the county has consistently ranked one of the highest in East Central Indiana when it comes to suicides.

"In September of last year, there were actually two teen suicides that occurred in the same night," Harless said. "We are human. We have to try to put on that face for the family while we are there, but it does affect us."

First responders have started handing out pamphlets in hopes that discussing the issue of suicide head-on is better than avoiding the topic altogether.

Harless and others who work in his field are standing together to talk about suicide and how to stop the epidemic he said seems to be swallowing his county.

Anderson firefighters are looking to bring a peer support program to their county for students who may be considering suicide. It would be in addition to programs on various campuses that are already in place, including access to counselors at most schools in the county