Concerns about at major Monon Trail intersection in Westfield 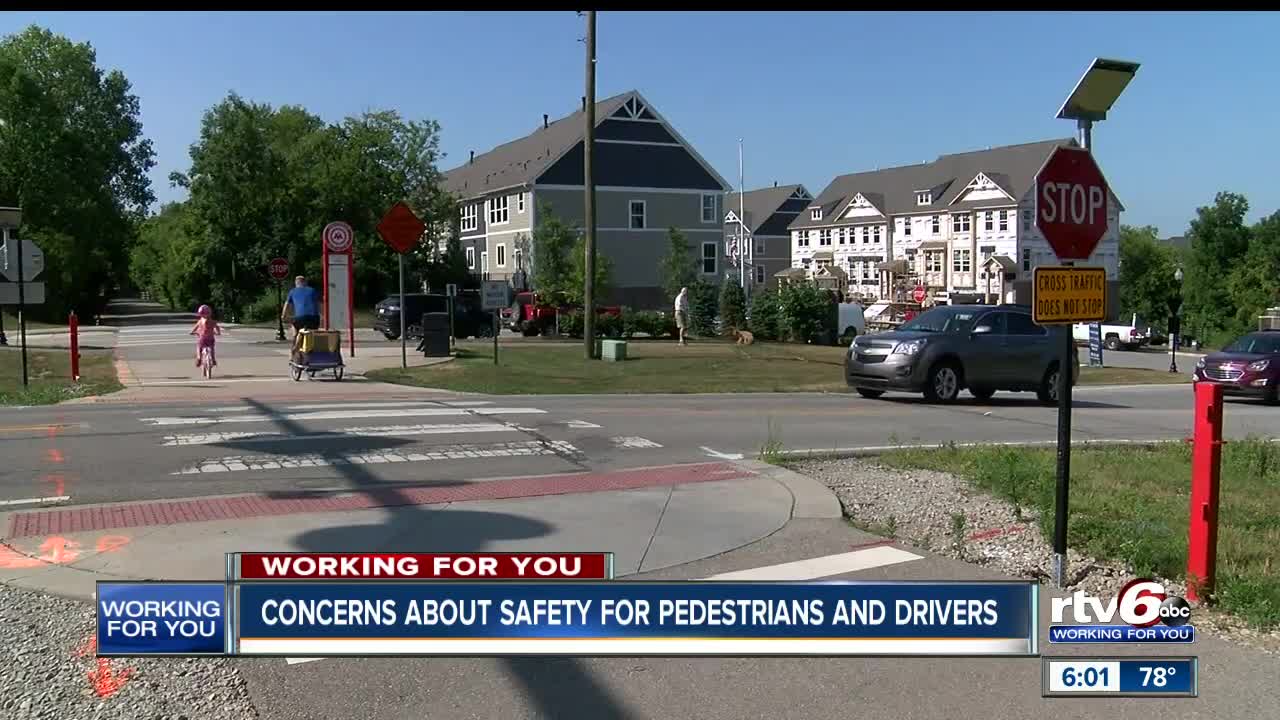 Westfield is taking steps to improve safety on a busy portion of the Monon Trail that crosses a road with a lot of traffic.

WESTFIELD — Westfield is taking steps to improve safety on a busy portion of the Monon Trail that crosses a busy street after a pedestrian was hit earlier this month.

The stop signs at 161st Street and the Monon Trail now have flashing lights around them. It's part of the city's effort to alert pedestrians and cyclists using the trail that they must stop before crossing the street. It's not the only safety improvement planned for this area.

For Susan and Richard Uhl, exercising on the Monon Trail is something they enjoy doing together.

"It's heaven. We do it daily if we can. It's heaven. It's one of the major reasons we spend the summer in Indiana," Susan Uhl said.

But they do have some concerns, especially when crossing the intersection at 161st Street.

"The traffic is really busy at this intersection here," Richard Uhl said.

"You'd get run over if you didn't stop at the stop sign. It's kind of scary especially when you see families with their little kids," Susan Uhl said.

Earlier this month, Westfield police say a pedestrian was hit by a vehicle at the intersection. A spokeswoman said the incident brought to light a safety concern they've had for a while.

Captain Charles Hollowell of the Westfield Police Department said cars have the right of way, and trail users should only cross when it's clear.

"We recommend anyone who is actually using a trail, when they get to the crossing to stop," Hollowell said.

But over and over, you see some cars stopping to let trail users go.

"People come up to the intersection and they stop like they are supposed to let people cross and I understand there has been a lot of accidents there because people run into the back of the car in front of them because they aren't expecting them to stop," David Wachtel said.

The city reports nine accidents at the intersection since 2016. In order to address safety concerns, there are now plans to install a tunnel under 161st Street. Some trail users think it will improve safety.

"I guess from the perspective of not wanting to have their work out interrupted the tunnel wouldn't be a bad thing and it would be safer," Wachtel said. "You're not going to get hit by a car when you were under the ground. But if you just wait for two seconds you can go across."

Until the tunnel is installed, police are reminding drivers that flashing lights are just a reminder to be cautious, and pedestrians and cyclists are the ones who need to stop.

The tunnel is expected to cost around $5.5 million. Westfield is considering all options to pay for the project after being denied federal money. The design phase is expected to be complete in August.