Confusion over parking policy near Butler University leads to frustration 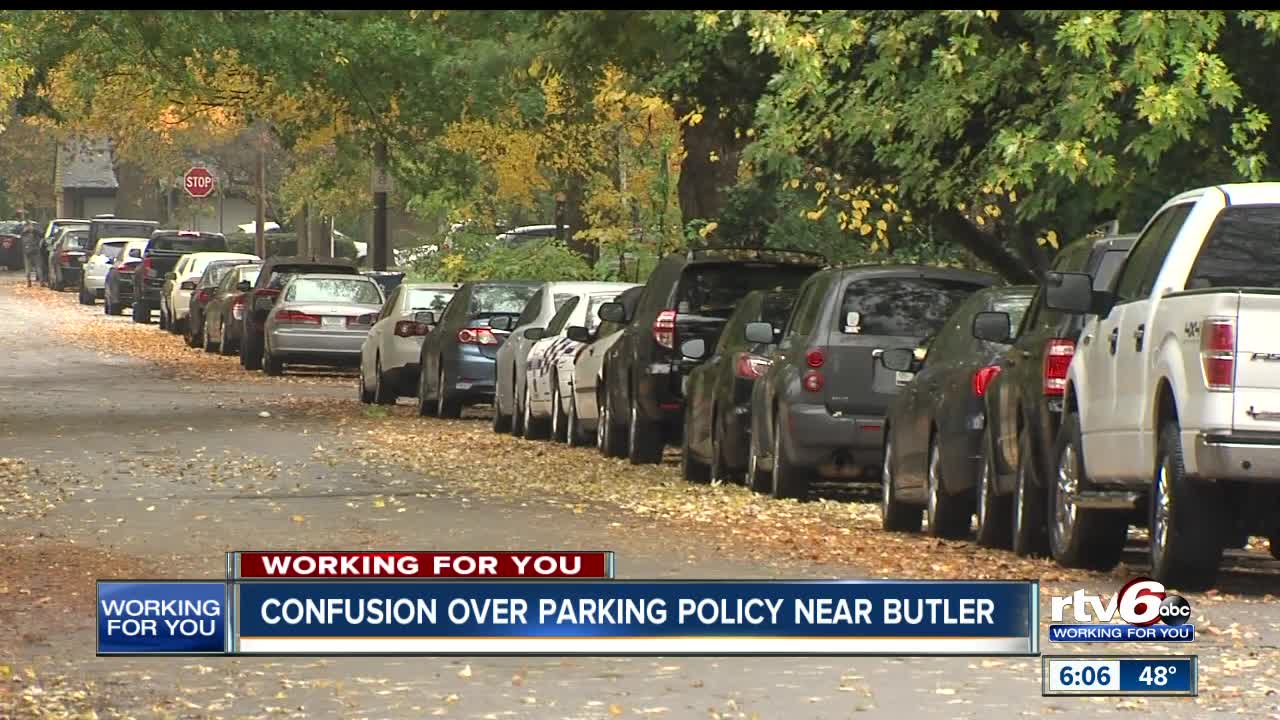 People living in the Butler-Tarkington Neighborhood are frustrated with students parking in front of their homes.

INDIANAPOLIS — People living in the Butler-Tarkington neighborhood are frustrated with students parking in front of their homes, but some people say they weren’t aware that students or faculty aren’t allowed to park on the residential streets.

Signs are posted on streets near Butler University's campus notifying students and faculty that unless they live in the neighborhood and have a permit, they are not allowed to park on residential streets.

"It does seem a little odd to me that you cannot park on a public street," Krista Smith said.

Smith lives on Buckingham Drive in Butler-Tarkington. Her son's friend has parked on her street for years, but now that he attends Butler University, he recently got a ticket.

"That's when I was first aware this is a problem. I didn't realize because there are no signs on the street about parking on the street," Smith said.

Butler students and faculty who do not live in the neighborhood are prohibited from parking on the residential streets. If they are visiting, they must park on private property, like in a driveway.

The City of Indianapolis asked Butler to create and enforce this policy in 1989, due to resident concerns about university traffic taking up all the parking spots.

"Over on Hinesley, I've seen a lot of parking tickets. I bet the residents are complaining about students parking there," Riley Banks, a Butler student, said. "We are given a map with color coding area where we can park with the pass we purchased. The off-campus area is not included in that."

If students or faculty live in Butler-Tarkington, they can receive a free resident pass and won't get the $25 ticket.

"We shouldn't have to call on these people all of the time," Money said. "We called one week and the people moved their car the same day, but then they came back that next day. This week, they haven't come back, which is good. But if it's not them, it will be another one."

A university spokesman said they get calls frequently, especially near 46th Street and Sunset Avenue where students park and walk to campus. Butler police patrol the area within a block of campus and respond to neighbors who call dispatch with complaints.