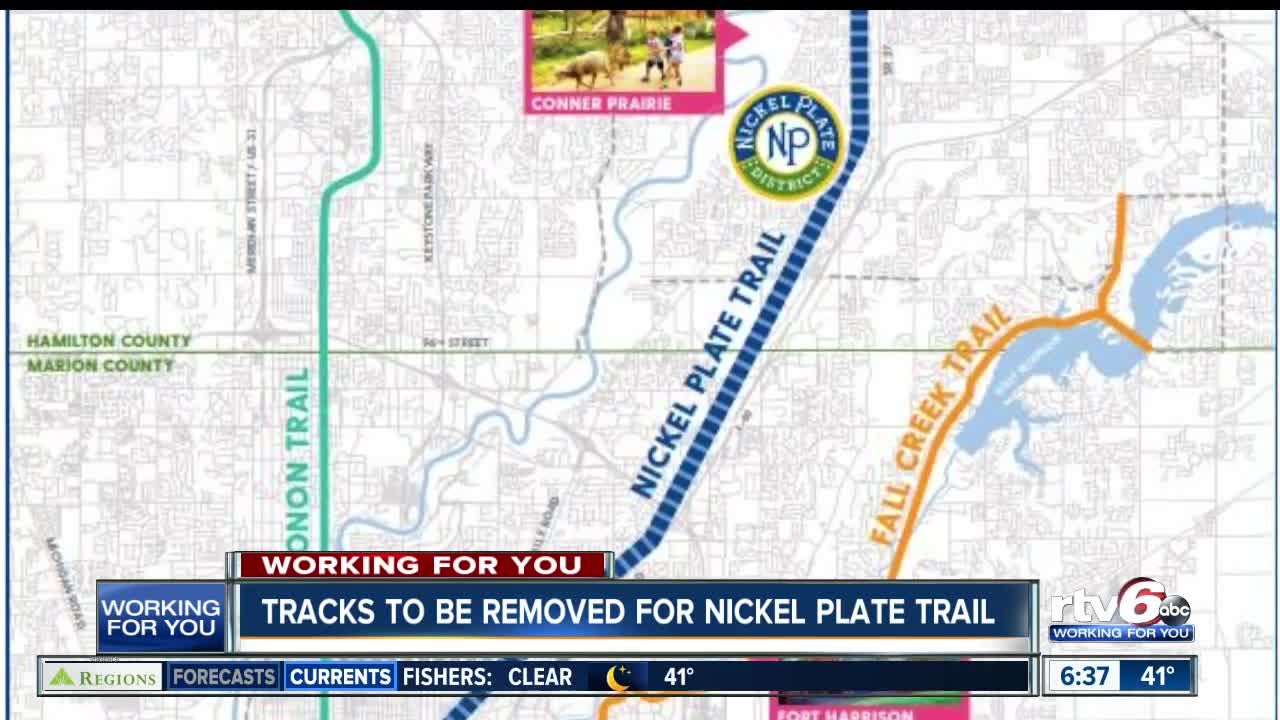 The City of Indianapolis plans to convert 8.6 miles of unused railroad tracks to a trail within the next few years — and the work starts Monday.

NOBLESVILLE — Work is scheduled to begin on Monday to remove old train tracks for a new trail in Noblesville.

The Nickle Plate Trail plan is a project that some residents fought for years, and some are still not happy the work is going through.

Work will begin by removing the old concrete and rails from the tracks that stretch from south 8th Street to the south side of Connor Street.

Where the tracks lie currently is what will become part of the Nickel Plate Trail system connecting Noblesville and Fishers with a walking trail.

The plan is to have the Nickle Plate Trail connect Noblesville to the Indiana State Fair Grounds. And the project won't be completed until after 2022.

This has been a controversial project that RTV6 has followed from the beginning. Some have argued that the tracks could have been used for mass transit into Indianapolis from Noblesville and Fishers.

As of right now, work in Noblesville is expected to last through October 25.

One lane on 8th Street will be open for traffic using flaggers. Some cross streets are also expected to close during the workday and reopen in the evening.

Be sure to use caution and be ready to take an alternate route if you are driving through Noblesville in the coming weeks.

In November of 2017, RTV6 told viewers that those who live near the trail could be compensated up to $100,000. However, an attorney said they would have to sue to see the cash.