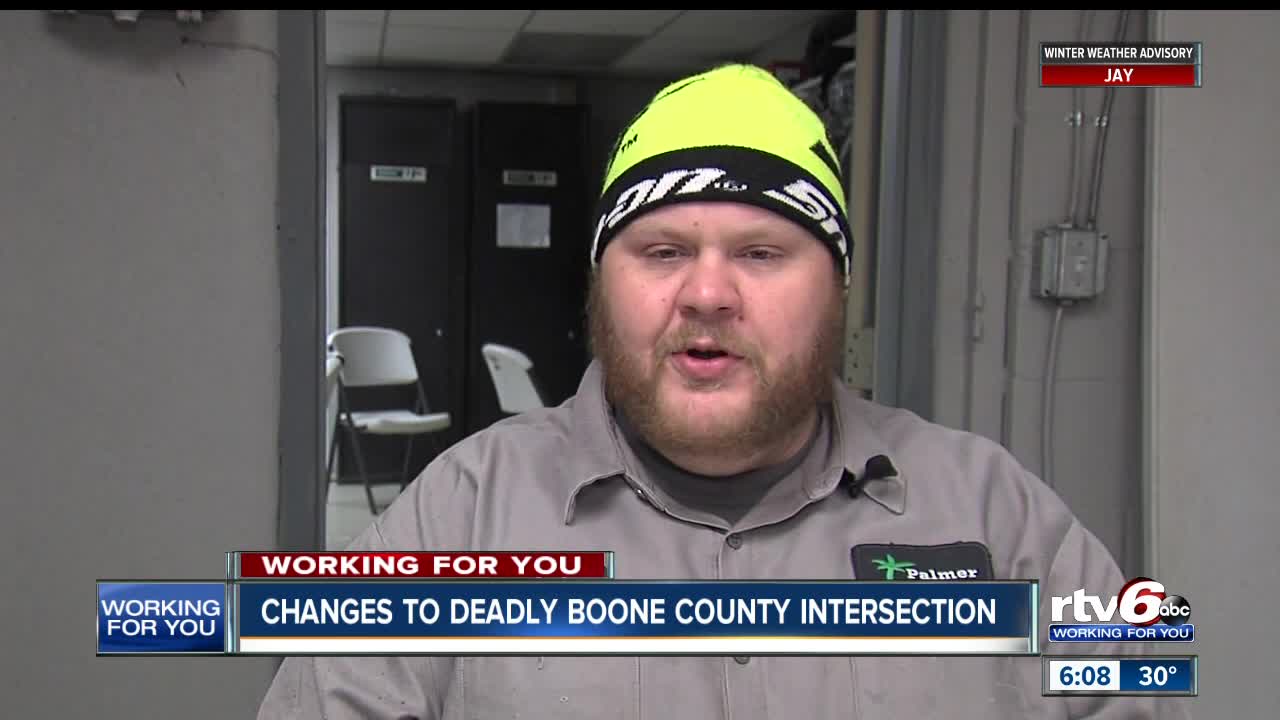 Safety upgrades are on the way to a deadly intersection in Boone County after community members reached out to RTV6 for help.

BOONE COUNTY — Safety upgrades are on the way to a deadly intersection in Boone County after community members reached out to RTV6 for help.

Right now, the intersection of County Road 100 South and 400 East is only a two-way stop, which community members say makes it dangerous. In the last 10 years, there have been 26 crashes at the intersection, according to county commissioners.

"You have to stop and then try to get across an intersection where another vehicle who is on a county road flying, they're not going to stop," Jack Walter said.

Sherry Davis, 54, who is Walter's aunt, was killed in a crash at the intersection in November.

"It has been pretty grueling dealing with the family grieving," Walter said. "I'd like to prevent that from happening to anybody else."

After RTV6 took community members concerns to the county commissioners, they voted to make the intersection a four-way stop after reviewing a traffic study.

"Our mission is to have zero fatalities in our county," Tom Santelli, a Boone County commissioner, said. "So when we have a fatality, and the concern of the community, as well as the help from the news organization and accurate reporting, it really drove that forward."

County commissioners hope to have the four-way stop signs up within the next few weeks. Once the new signs are installed, those who do stop could face a $100 fine.