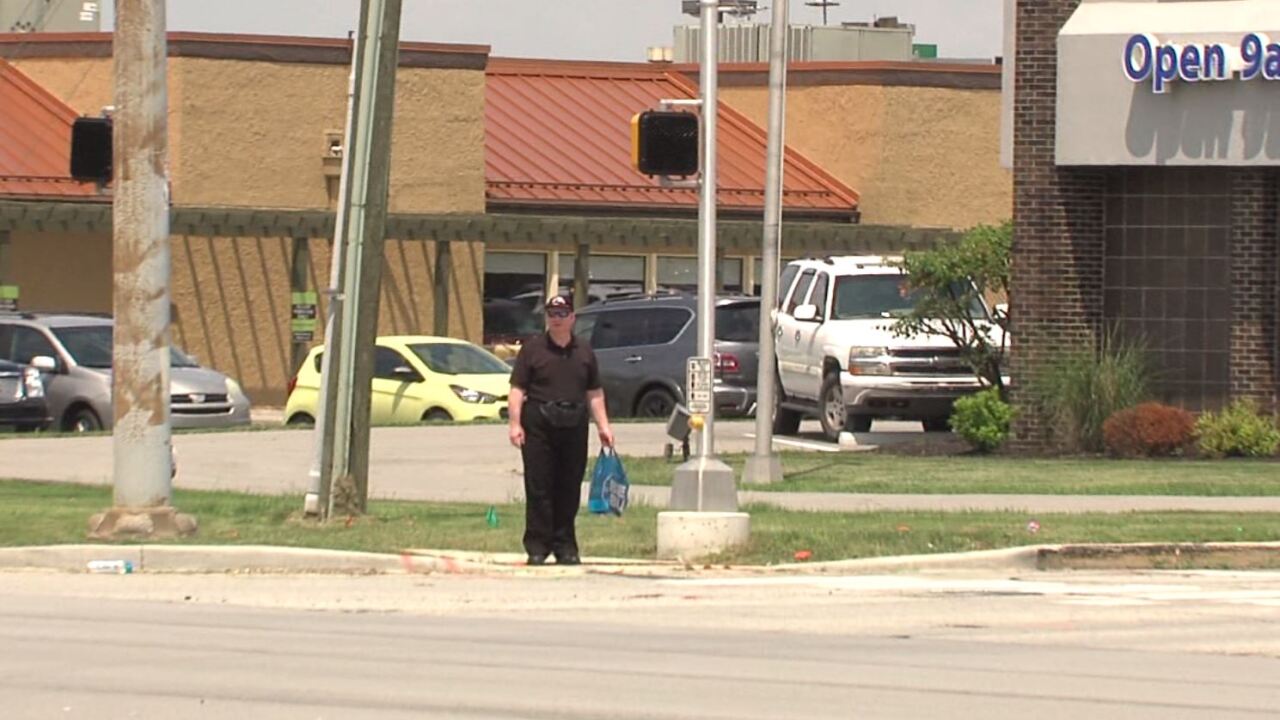 Paul Chiodo/RTV6
A pedestrian has to monitor traffic from multiple directions at one of a number of crosswalks at busy intersections near the Castleton Square Mall where crosswalk signals are not functioning.

INDIANAPOLIS —In February a man was killed walking at an intersection near Castleton Square Mall by a driver that fled the scene. That's when Matthew Stone, who lives nearby, noticed the pedestrian crosswalk signals were not working.

Nearly four months after the 24-year-old man was killed walking near 82nd Street, the pedestrian crosswalk signals in the area are still out.

"I'm frustrated that it's taken so long to get to this point," Stone said. "I know I'm not the only pedestrian who walks around here."

In fact, RTV6 counted six intersections along 82nd Street — from Ivy Knoll Drive to Bash Street — where the signals are not working.

"People are going to cross no matter what. It would be nice if there were a safe way to do so," Stone said.

It's easy to see why this crosswalk could be dangerous. Pedestrians think it's safe to cross because the cars are stopped, however, without knowing drivers have a turn arrow and no pedestrian crosswalk signal to tell pedestrians to stop, a car could hit walkers in a second.

"I just want a timeline of when they're going to get fixed," Stone said.

The Department of Public Works tells RTV6 they're aware the crosswalk signals require repair. Adding, the signals were part of a resurfacing project that happened last year.

The department has assured the newsroom the signals will be functioning before Friday, July 12.

DPW also added that because of wet weather, the traffic operations team who works on pedestrian signals has responded to nearly 1,800 service calls and 60 major accidents involving traffic and pedestrian signal problems since April 1.

The traffic operations team prioritizes emergency calls as they come in.