Cyclists ride across the country for cancer research 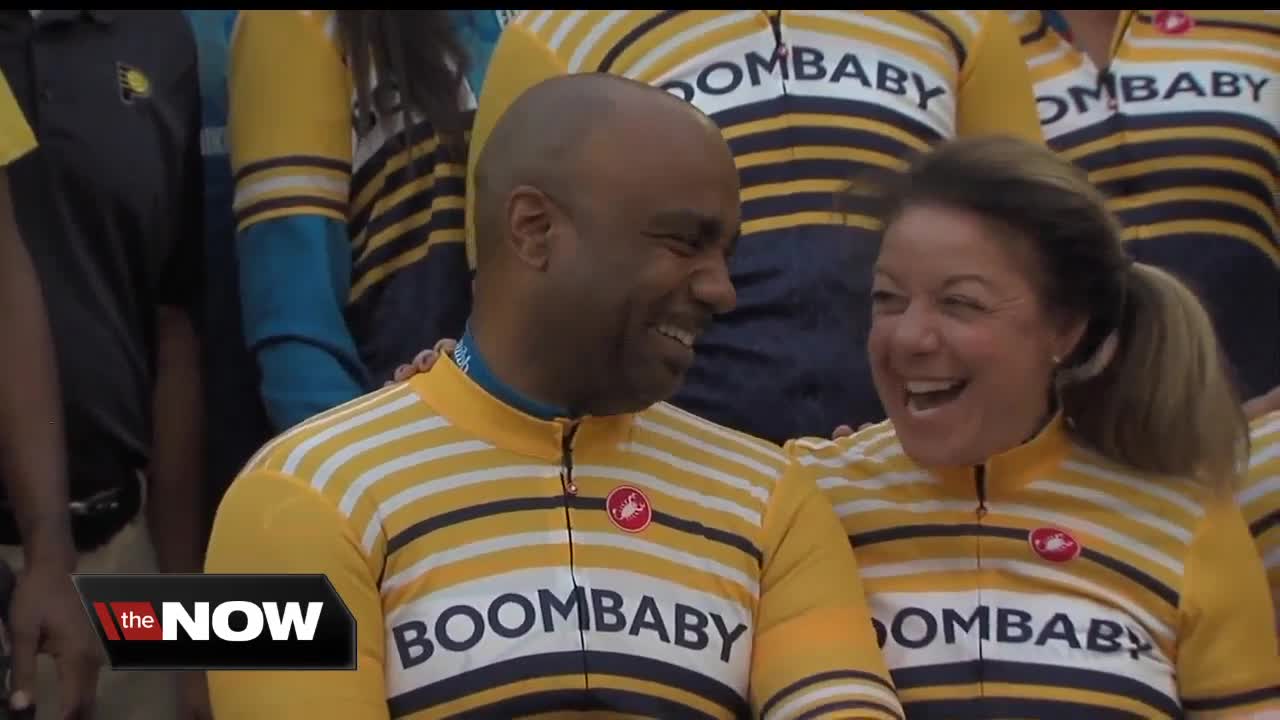 More than 100 cyclists are riding across the country to raise money for cancer research.

INDIANAPOLIS — More than 100 cyclists are riding across the country to raise money for cancer research as part of Coast 2 Coast 4 Cancer. One of the relay teams received a send-off Thursday at Bankers Life Fieldhouse.

The riders will cycle from Indianapolis to Pittsburgh. It's one leg of the cross-country relay ride that started on the west coast and will end on the east.

"Everyone who is participating in the ride has been touched by cancer in some form or fashion," Carlon Burt said.

Tanya Wilhite finished her leg of the ride last week when she rode from Salt Lake City to Denver.

"My mom passed 6 years ago, she had breast cancer and I had two uncles who both had lung cancer," Wilhite said. "It's the least I could do to help support family, friends and raise awareness."

Awareness for people like Burt, who has prostate cancer and is celebrating four years in remission.

"You don't know how much you mean to people until something like this happens to you. People that, I didn't know I mean that much to them and it's changed my whole perspective on life," Burt said.

And with this ride, he wants to inspire those still fighting.

"It means everything because you're giving hope to others that are going through the struggle right now," Burt said.

The money raised goes to the V Foundation, which funds cancer research.

"One of the big differentiators about our organization is we have an endowment that covers all our costs of operation so that enables us to dedicate 100% of all donor dollars to research," Norm Bowling, chief revenue and marketing officer at the V Foundation, said.

Research that helps people diagnosed with cancer like Burt continue living and making more memories like this.