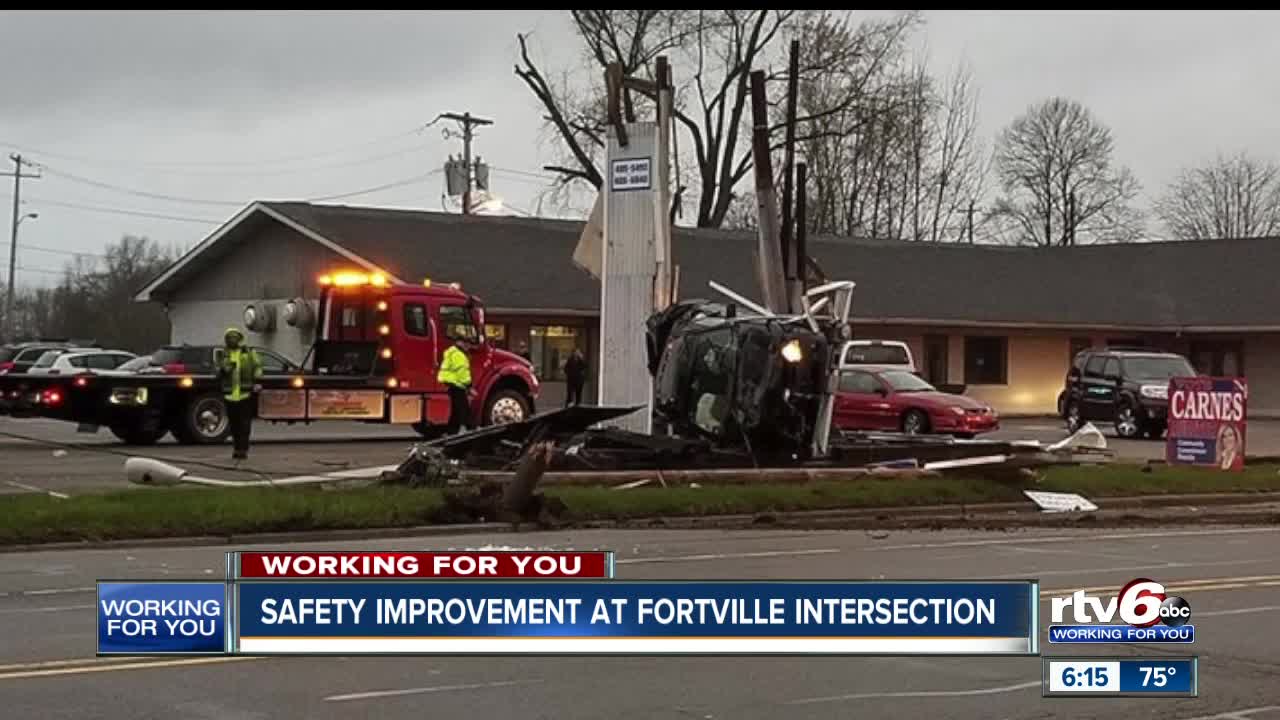 FORTVILLE — Crews have started to install a traffic light at a dangerous intersection in Fortville after an RTV6 story.

Indiana Department of Transportation Crews began to install the traffic light on Thursday at State Road 13 and State Road 67, Mallory Duncan, a media relations director for INDOT said. Neighbors told RTV6 they have witnessed several crashes at the intersection and said they felt unsafe driving through it.

After concerns about the high-risk and dangerous intersection where brought to their attention, INDOT conducted a traffic study, Duncan said. The study looked at the traffic volume and crashes over the last five years.

INDOT crews expect to finish the work in 2-3 weeks.