Debate over skateboarding continues in Carmel 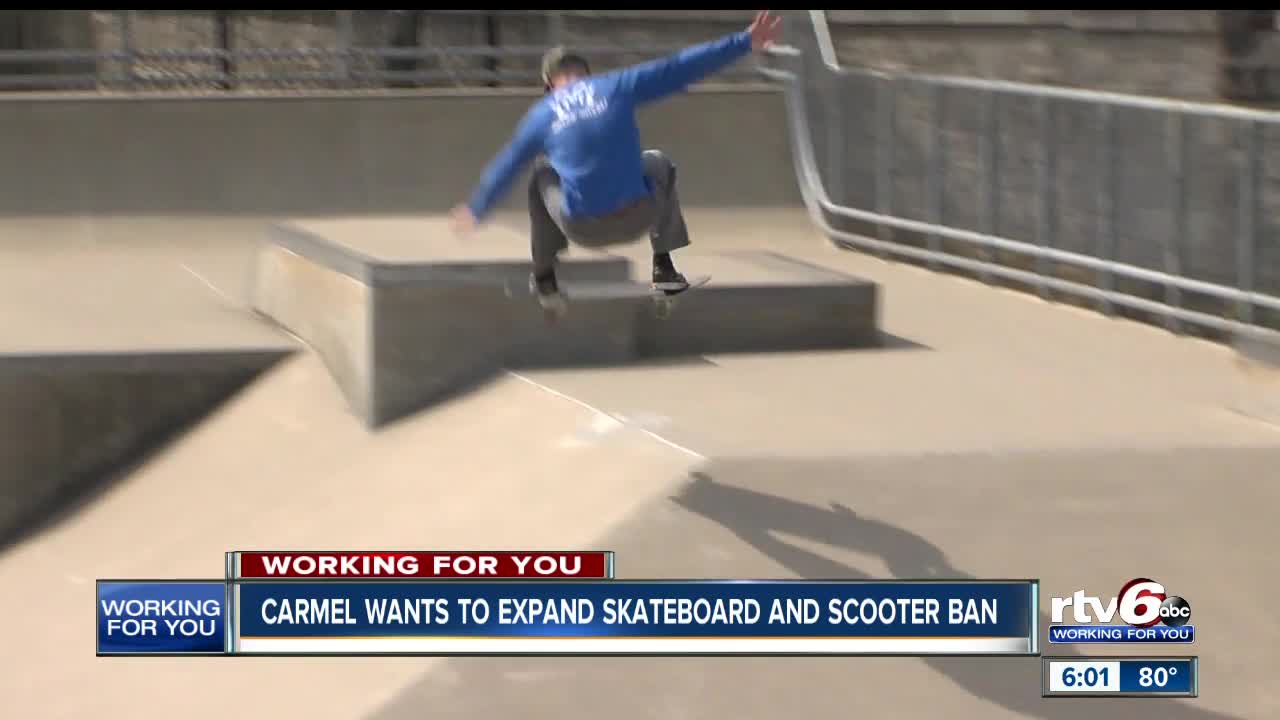 Carmel wants to expand its ban on skateboards and scooters, and the debate is heating up.

CARMEL — The Carmel City Council introduced an ordinance at Monday's meeting to expand the city's ban on skateboards and scooters and said it has received complaints about skateboarders putting drivers in dangerous situations.

The council is trying to expand the already existing skateboard ban in public places.

"It's super important for me, for most of my exercise I guess, but also it's a creative, social outlet for me," Devlin said.

But it's not people like Devlin the city-council president said it gets complaints about.

"We are receiving complaints about skateboarders being in our municipal garages, they're publicly owned garages," Jeff Worrell said. "They love that speed, but it actually creates a very dangerous situation not only for them but making drivers uncomfortable, as well."

Skateboarding is already banned in areas like the Carmel City Center, Civic Square, the Veteran's Memorial and Rotary Plaza. But now, the council wants to add Midtown, the Arts & Design District, parking garages and parks (except on trails and paths) to that list.

"If it's an empty sidewalk I have no problem with it," Jim Bradley said. "But if there's people out here, especially little kids walking around, I think it could be dangerous."

But people like Devlin say, if you're going to limit where they can ride, they want more than this one skate park to enjoy the sport.

"I really think that if you're going to put something down, the ban, you need to provide other places for it to go," Devlin said. "Because now with skateboarding going into the Olympics, and that's not the reason, there were enough skateboarders before that. But these kids need a place to go."

Worrell said they are not against skateboarding, but there have been problems with people grinding their boards on public benches and infrastructure. Eliminating them from most public places would remedy that.

"Well if you've got a skateboarder, two or three skateboarders, coming down the ramp and you're driving up and you don't see them until they're right on you, you let me know if this is necessary or not," Worrell said.

Violators would be fined to up $100 for a first offense and up to $500 for subsequent offenses. The council is discussing changing that and other stipulations in the new ordinance.