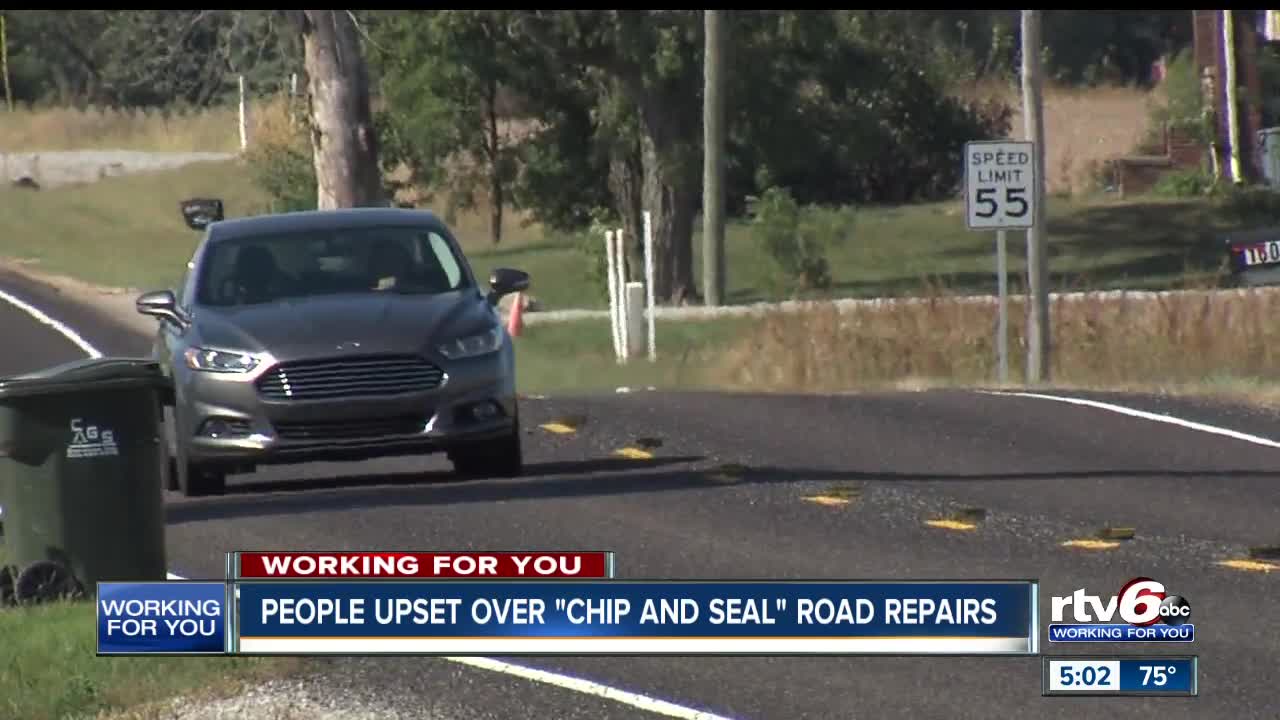 People in Hancock County are unhappy with how INDOT is treating crumbling roads and they say the materials and methods crews are using are damaging their cars.

FORTVILLE — People in Hancock County say their cars are taking a beating due to how the Indiana Department of Transportation recently treated cracked roads.

Tony Seiler lives in Hancock County and likes to drive his motorcycle. He takes State Road 234 often, but last week, INDOT laid down what's called "clip and seal" treatment to fill cracks and better maintain the road for the future.

"The chip and seal is very dangerous in my opinion. They've done it on several county roads," Seiler said. "I've heard cracked windshields. I've heard nothing but complaints about it."

Seiler said he has twice rode his motorcycle on normal pavement and then hit an area being worked on with chip and seal.

"I hit gravel that wasn't clearly marked, and those two times I did hold on for dear life," he said.

The treatment has been criticized by people who live in Hancock County. They say rocks go flying and break windows and windshields and clip car paint.

"I don't know one person that likes it. Everyone that I've ever talked to about it, they're all opposed," Seiler said.

So why is the road being repaired in this manner? Price is the biggest reason. Chip and seal costs about 1/10 of the price of resurfacing a road.

An INDOT spokesperson said State Road 234 was resurfaced about three years ago. Typically, they resurface roads every 10 years, so they used chip and seal in the meantime to fill the cracks.

"We are constantly coming up with new routes that aren't chip and seal," Seiler said. "But if you're going 50-60 miles an hour down a normal pavement road and you hit the chip and seal, you feel the difference and you hold on until you can slow down."