East side community steps up to replace group's stolen supplies 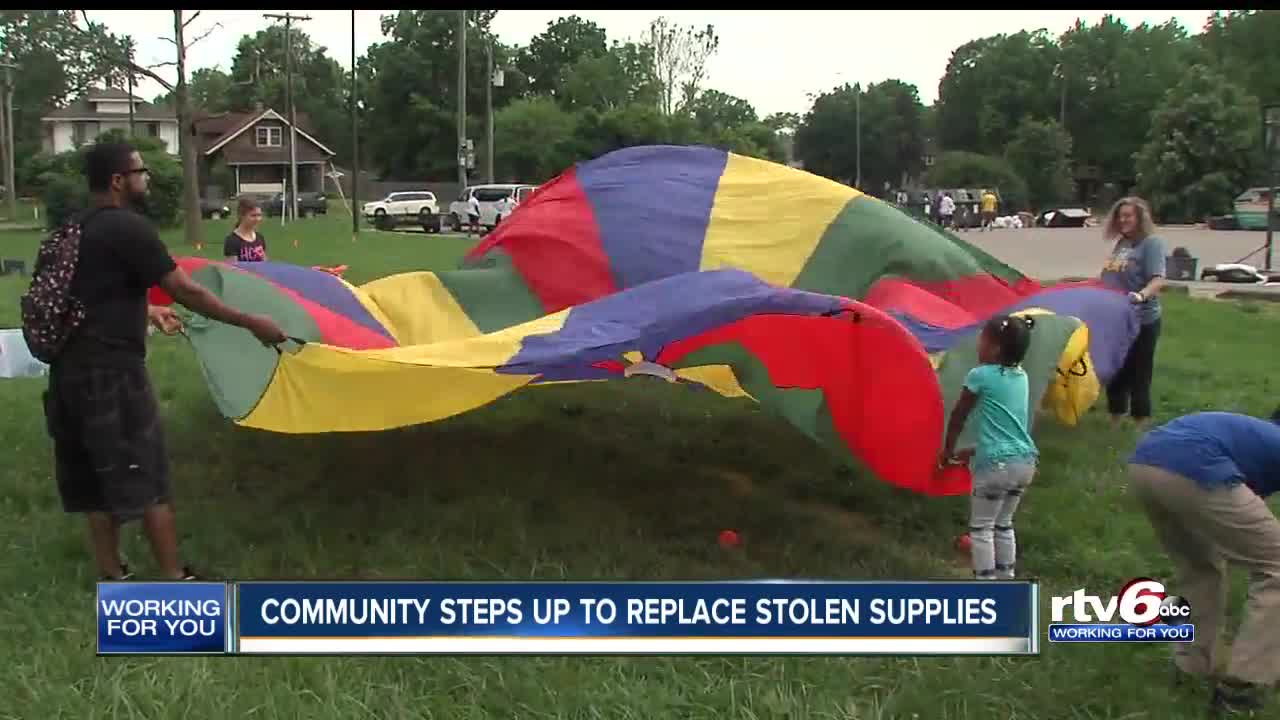 A near-east side community helped restock a program's stolen items after it lost $20,000 worth of items when its trailer was stolen.

INDIANAPOLIS — A nonprofit group on the near-east side is celebrating today.

Ten days ago, someone stole $20,000 worth of their supplies, but Tuesday, thanks to the community's generosity, they were able to pull together their first free summer play event of the year.

"A couple days ago, we didn't know if this thing was even going to happen," Andrew Neal said.

Neal is the director of Brookside Community Play, an organization that provides safe community fun for Brookside neighbors during the summer months.

Co-director Natalia Blondet was one of the many who were shocked to learn their trailer full of athletic equipment and giveaway items was stolen while parked in a church parking lot.

"It's one thing, you know, when something is taken, but when it's taken from a church and then of top of that, something that impacts children, it was really heartbreaking," Blondet said.

The community responded in a powerful way, quickly stepping up and restocking the program's stolen items, turning that heartbreak into overwhelming gratitude.

"We've been blown away by the number of supporters who've come out and organized everything from ball drives to, you know, bringing balloons and prizes for the kids taht we can give away," Neal said. "The donations that have come in have really blessed us, so our eyes were really opened to what the Indianapolis community is all about."

Camille Clayton is one of the many volunteers for the Brookside Community Play program. The GoFundMe goal was to raise $4,500, and it has already surpassed that.

"The GoFundMe that was started raised a couple thousand dollars in literally less than 24 hours, so it was just amazing to see how the community just comes together," Clayton said.

Blondet said the support gives her hope for what's to come.