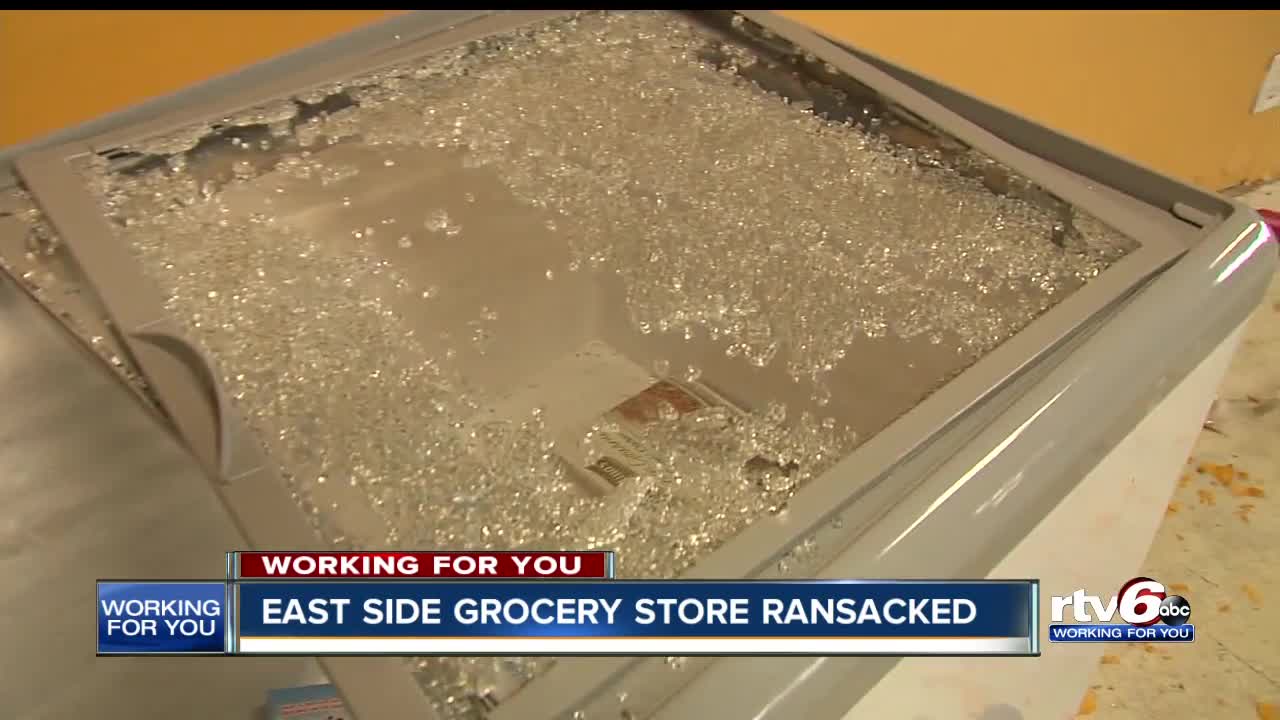 An east side grocery store owner is trying to recover after thieves ransacked his business over the weekend. 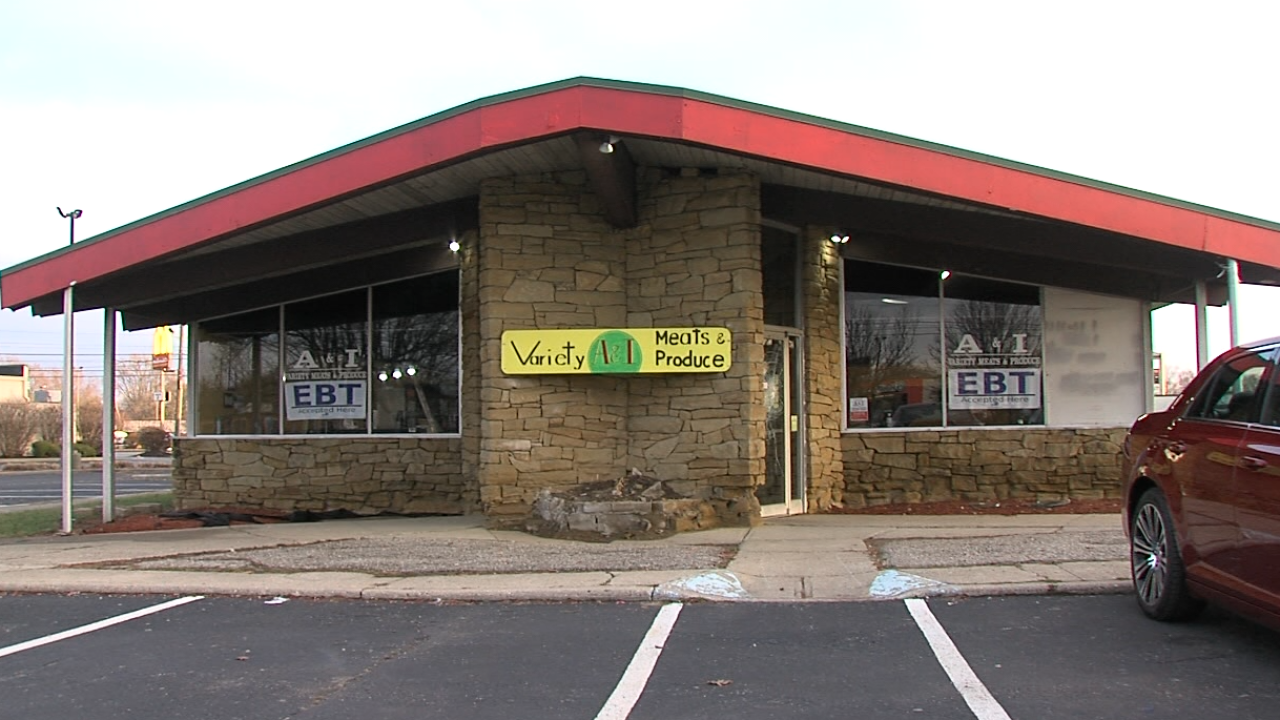 INDIANAPOLIS — A & I Variety Meat and Produce has been open for nearly a year, and what should be an anniversary celebration is a crime scene investigation after someone ransacked the store this past weekend.

"They pushed my rack down and the product that was on it. Busted my other cooler door," Robert Hearst said.

When Hearst arrived to find his grocery store ransacked and burglarized Sunday morning, he said words we can't repeat on TV. After a year of serving a community known as a food desert, Heart is now literally picking up the pieces of one of the area's few grocery stores.

The small business on the corner of East 38th Street and Post Road opened last February with hopes of feeding the far east side. Now, the store is closed and suffering the loss of thousands of dollars of stolen food.

"They emptied it out. This is the freezer I had full of rib eyes and stuff, so they just took everything out of there," Hearst said.

This isn't the first time A & I has been visited by thieves.

"I told my wife the other day, I said same time last year. But the thing last year they broke the window and the door, but we didn't have as much in here," Hearst said.

In a year's time, Hearst said he has invested thousands of dollars of his own money in the store. In the past few months, he has increased his inventory, moving from just fruits and vegetables to meats and frozen food.

"I was so emotional I think I cried for about three or four hours. Just standing out there in that parking lot," Hearst said.

As police investigate, they will look to the suspects who left behind shoe prints and even drops of blood.

For A & I customers, they are looking for a new place to buy their groceries.

Hearst said the outpouring of support from the community is fueling him to keep going, but he said there is one thing he doesn't understand.