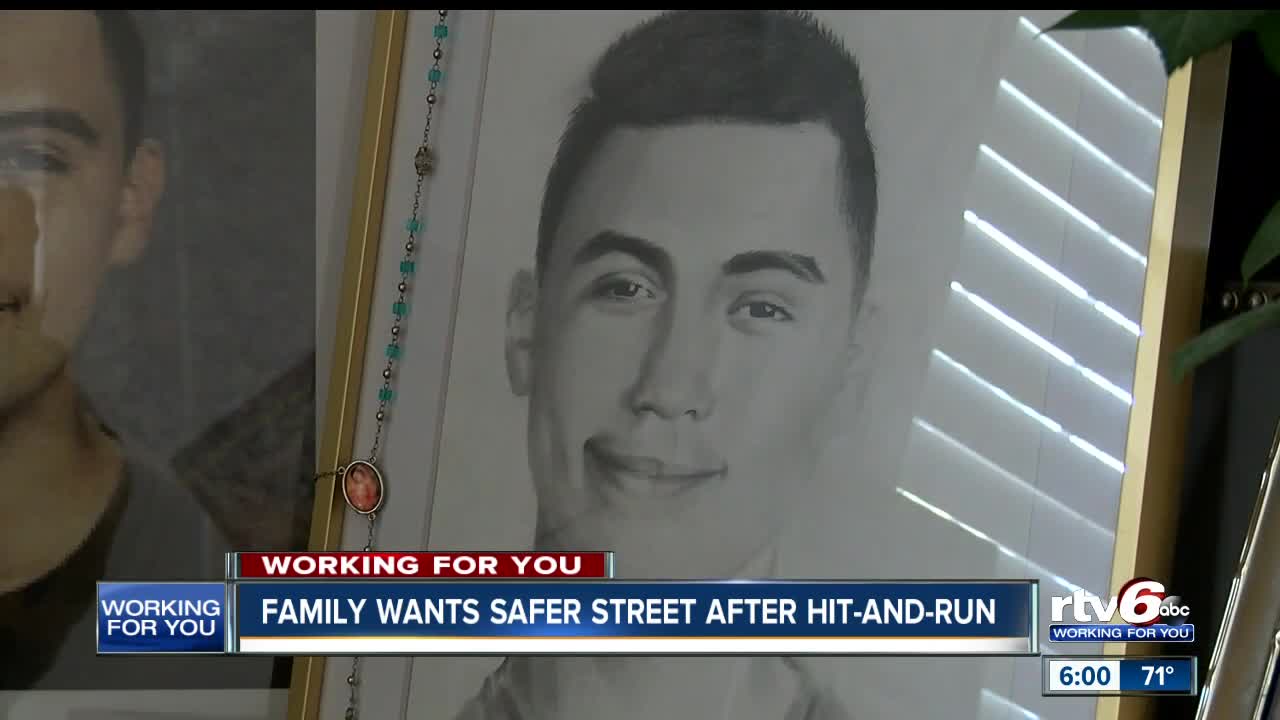 Almost a month after her son was killed by a hit and run driver, a mom is speaking out for the first time, hoping to find the driver and this doesn't happen to anyone else.

INDIANAPOLIS — Almost a month after her son was killed by a hit and run driver, a mom is speaking out for the first time, hoping to find the driver and this doesn't happen to anyone else.

Luis Daniel Patino Ortega, 14, was riding his motorbike on Sept. 11 on Coil Street when he was struck and killed. Police are still searching for the driver.

His mother, Maria Guadaple Ortega, says he left to run an errand for the family. Minutes later, a man came home and told them the heartbreaking news.

"All of the sudden Fernando ran inside and said 'mom a man came by and he said my brother was out there. I don't know if its Luis Daniel or Sebastian, but I think it's Luis Daniel because I can see the motorbike,'" Maria said.

Maria says people have been speeding on the dark street where Luis was struck. It's been a concern for a while.

"Even Luis Daniel would say 'we need need to have speed bumps because someone is going to get hurt,'" Maria said. "But never in our worst nightmare did we think it was going to be our son who would be killed by that."

The speed limit on the road where he was struck is 30 mph.

In order to change it, at least 75 percent of the neighbors have to sign a petition before the Indianapolis Department of Public Works can do a traffic study.

An IPL spokeswoman released the following statement regarding adding street lights in the area:
"We received 4 proposed locations for new street lights on Coil St., from the city, on 9/17/19. These are currently under review to verify the feasibility of installation. The team has met and accelerated the completion of the design for these new lights. The proposed schedule is to have the design and associated costs back to the city for review by the end of next week, 10/18/19."

While they wait and hope to get the speed limit lowered, they hope someone will come forward and help them find out who struck Luis.

The family says they will never forget, but they have forgiven.

RTV6 has reached out to the Indianapolis Metropolitan Police Department by email for updates on the investigation and is awaiting a response.