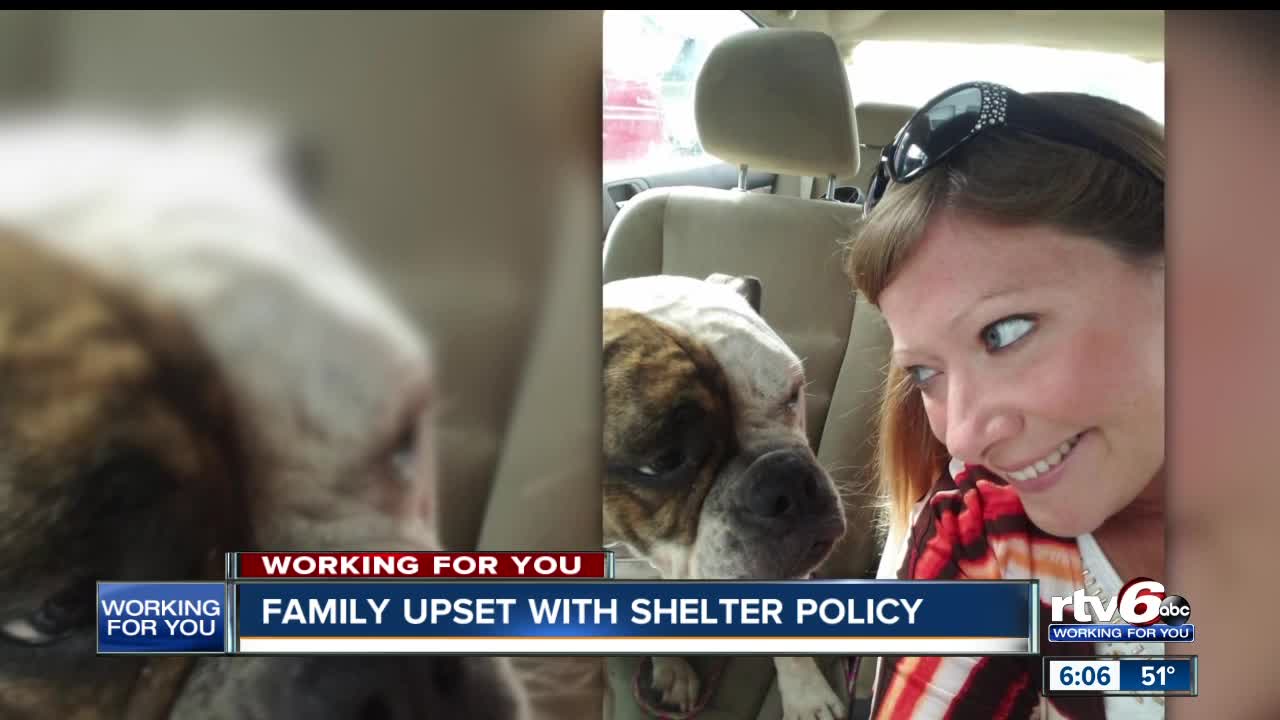 A family says their dog was picked up after she was found walking along the road in Johnson County and they haven't been able to get her back, despite the dog being scanned for a microchip at the animal shelter.

JOHNSON COUNTY — A family says their dog was picked up after she was found walking along the road in Johnson County and they haven't been able to get her back, despite the dog being scanned for a microchip at the animal shelter.

April Isham, the dog owner, says the people who found the dog were able to leave the shelter with the dog, even though the dog had a microchip.

Hadley, a nine-year-old, Victorian bulldog, went missing from Whiteland on Saturday. Isham says her daughters didn’t get the door fully shut after letting her outside to use the bathroom. Her family is heartbroken.

"She's been there through a lot," Micah Isham, 9, said. "She's helped me with my anxiety because she is there and she can feel what I feel and she's there for emotional support. I don't have that and I just miss her and I want her home."

April Isham says they know Hadley was picked up somewhere on Whiteland Road and taken to the Johnson County Animal Shelter, but the family who took her to the shelter, left with April’s contact information and told the shelter they would return her to her owners. She says she is upset Hadley was scanned for a micrchip but the family was still able to take her home.

"I'm angry and I am hurt because I would never ever do this to somebody," April said. "I don't see why somebody would want to do that to me and my family."

Shena Johnson, the attorney for Johnson County, says the shelter does not require people who find animals to leave the animal, or their contact information, at the shelter when the finder takes responsibility for contacting the owners.

Johnson says the shelter has not had any previous issues with policy. She says the Johnson County Animal Shelter is a no-kill shelter, so employees encourage finders to leave the animal at the shelter, but the finders sometime prefer to contact the owners themselves. In a typical month, the shelter reunites 30-40 animals with their owners.

"Animal shelters are not regulated in Indiana, so there is no agency that oversees or sets policies for possession/returning of animals. In this case, with a public, county-run shelter, the local board or county commissioners would be the ultimate authority on policies," according to a public information officer for the Indiana State Board of Animal Health.

In Johnson County, the board of commissioners drafts ordinances pertaining to the shelter and appoints the animal shelter director.

Anyone with information on the whereabouts of Hadley is asked to call the animal shelter.