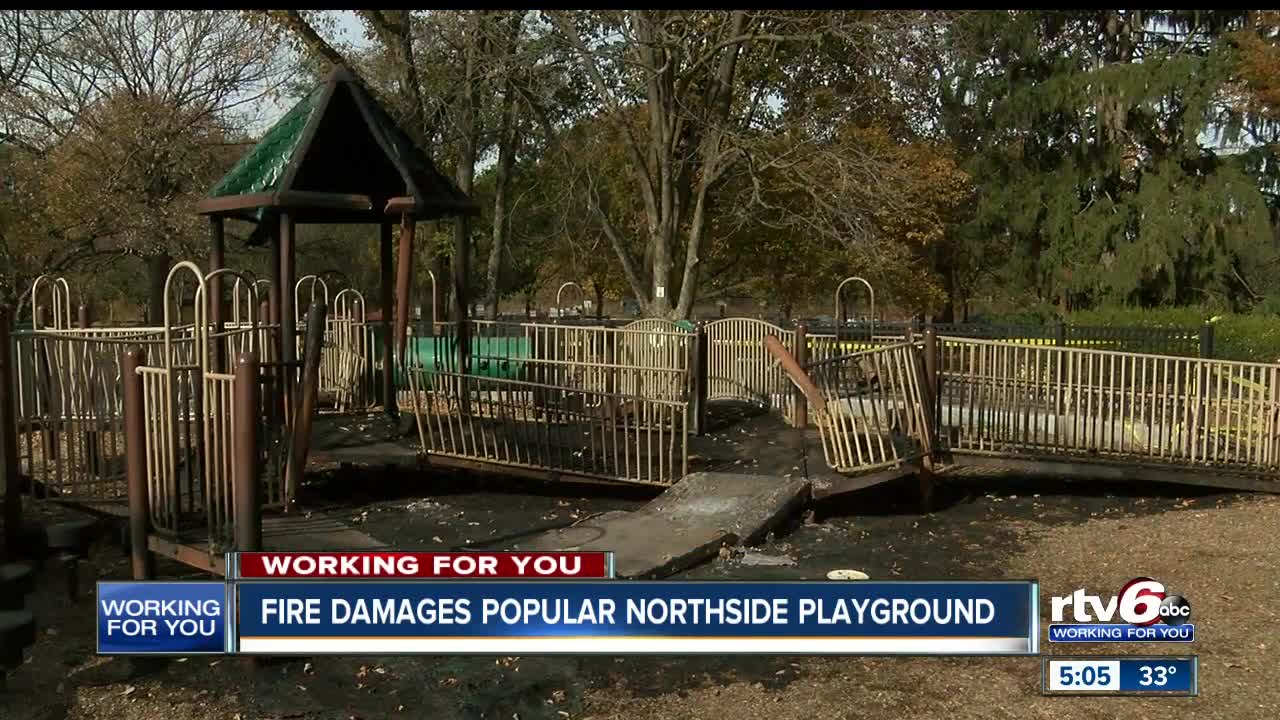 The toddler section at Holliday Park is closed to the public after someone set it on fire.

INDIANAPOLIS — The toddler section at Holliday Park is closed to the public and surrounded by police tape after it caught fire earlier this week.

Parents at the park said they don't understand why anyone would want to destroy something kids use every day, and now they want answers.

"It was shocking," Megan Spring said. "I was really disturbed by that."

Spring said she used to come to Holliday Park as a child and now she brings her little ones there as much as possible. She said her four and five-year-old children love the toddler section.

"That's their favorite part. It's just the right size for them," Spring said.

But on Friday, they had to look at it through the fence and find a new place to play.

"It's really upsetting that someone would vandalize or destroy something kids play on and just have innocent fun," Spring said.

According to park leaders, the fire happened sometime Tuesday night. The Indianapolis Fire Department said the fire is still under investigation. The park and other sections of the playground remain open to the public.

"Nobody kind of saw anything, so we are relying on investigators to piece together what could have caused this," Holliday Park assistant park manager Erica Schneider said.

People visiting the park Friday were left to wonder why it happened.

"Why is always the question. Why does someone do that? Is it just for fun? And if it happened spontaneously, I'm not really sure how," Hilene Sharpless said.

Park leaders said they are still assessing the damage, and the toddler section will be closed until repairs or a rebuild can happen.

"I know a lot of people are going to miss this section, but hopefully they will look forward to the new remodel," Schneider said.