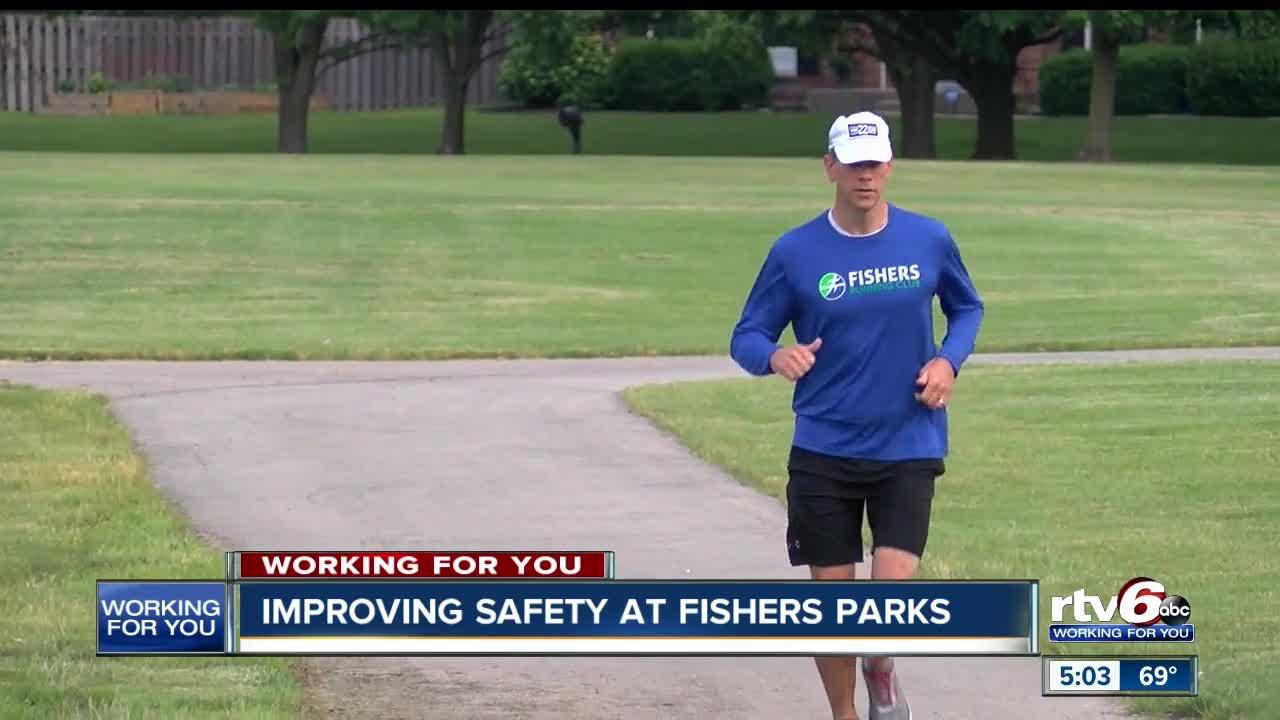 The Fishers Police Department is teaming up with the Parks and Recreation Department on an initiative similar to a neighborhood watch program.

FISHERS — Keeping families safe at parks is the primary goal of a new partnership in Hamilton County.

The Fishers Police Department is teaming up with the Parks and Recreation Department on an initiative similar to a neighborhood watch program.

Jay Eiteljorge, a member of the Fishers Running Club, runs through parks in Fishers almost every day.

"We use the parks... we want the parks to be nice," Eiteljorge said.

The Fishers Running Club has 180 members, and they use parks all across the city. But now, they won't just be running through them; they will be helping keep them safe.

"We have members all over Fishers, so we are going to try to spread the word as you drive-by, walk by, run by — just take a peek," Eiteljorge said. "If you have the time to walk-through if you see something say something, that simple."

It's all part of a new city initiative called 'Park Watch.'

"Just a set of eyes. We are looking for someone who is in here when the police cars are not in here that are an extra set of eyes that help us. Report stuff to us," Ed Gebhart, Fishers Police Chief, said.

Chief Gebhart says the population of Fishers is nearing 95,000. However, on a typical day, there are just 15 - 16 officers out patrolling. And according to Chief Gebhart, the officers need the extra set of eyes.

"Anything out of the ordinary; a vehicle parked at 2 a.m. that's usually not an indicator of a good thing. Sometimes juveniles can congregate, that can become not a good thing," Chief Gebhart said. "But residents and community members know their parks, all we're asking is for their input and their knowledge to help us be better."

This is not something only the volunteers can take part in; the city wants everyone who visits the parks here in Fishers to do their part to keep the parks safe.

"The goal of the program is simple: It's just to get people already in our parks more alert and paying attention to their surroundings," Sarah Sandquist, Director of Parks and Recreation, said.

Over time, the department will collect data to pinpoint where crime is higher at the 26 parks across the city.

"When it heats up, more people converge on parks, and you have different things. Are they violent in nature, no. But that's the exact thing we want to prevent," Chief Gebhart said. "We don't want that. We want to get ahead of whatever we see coming, and this is a way to do that."

Currently, the Fishers Crime Watch app only has 6,000 users. Fishers police hope more people will download it and start reporting anything suspicious.