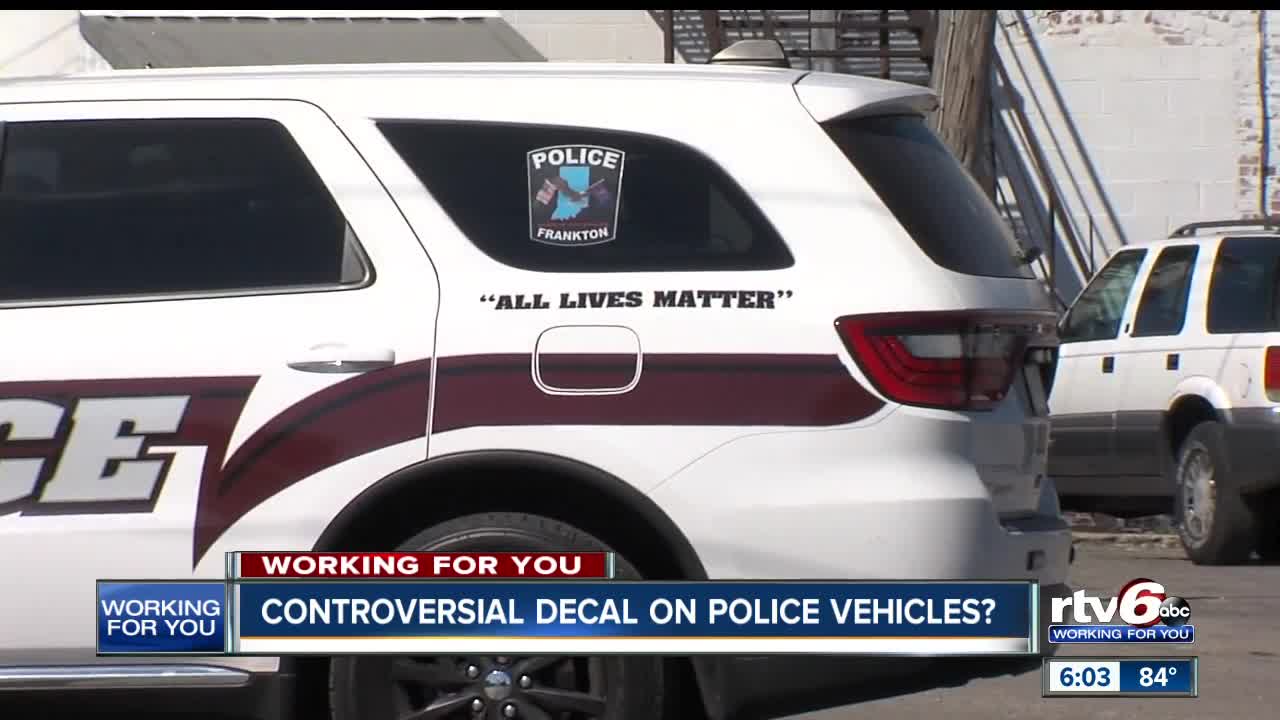 Dozens of people have signed a petition that was created to request the Frankton Police Department remove decals that say "All Lives Matter" from its vehicles. 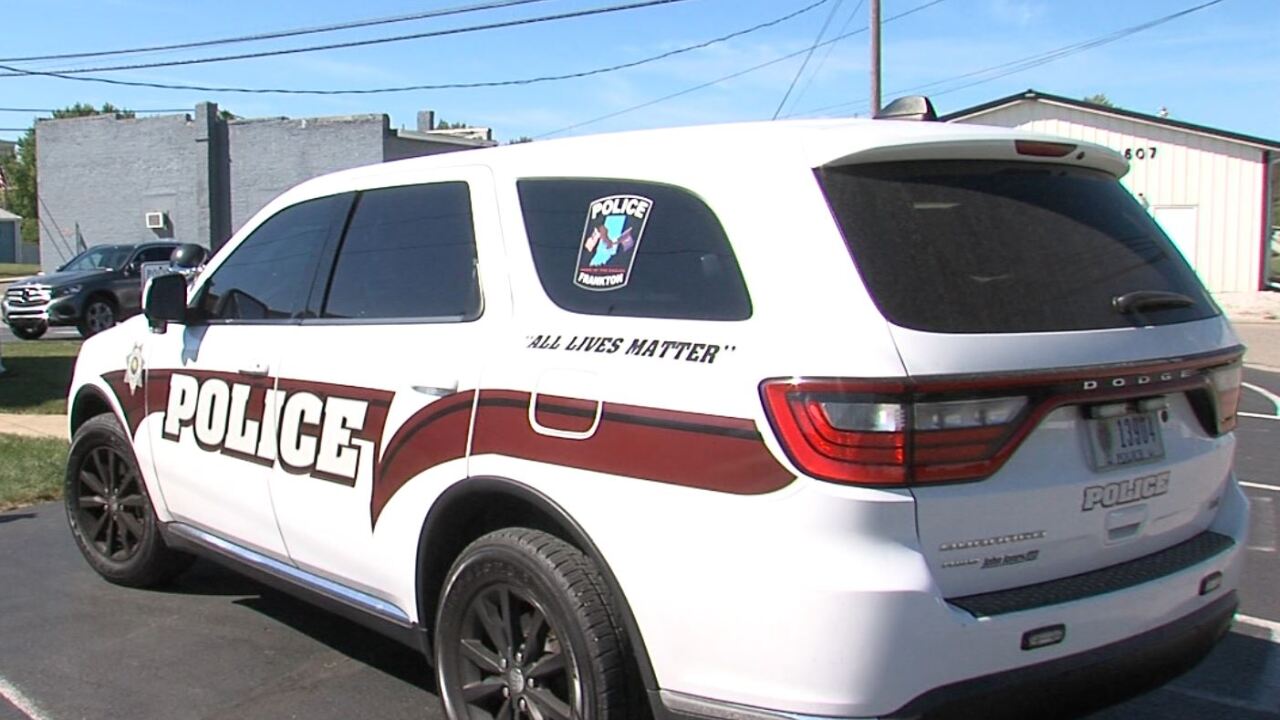 FRANKTON — A Madison County town plans to take a controversial phrase off its police vehicles after dozens of people signed a petition to have it removed.

Frankton Police Department vehicles feature a decal with the phrase, "All Lives Matter." It has some community members upset because they say it undermines the Black Lives Matter movement.

Mary Hobbs, a Frankton resident, created a petition to remove the "All Lives Matter" decal from all police vehicles. The decals were added in 2016, Hobbs said, during the height of the Black Lives Matter movement and she feels some across the country have used the phrase "All Lives Matter" to counter it.

"As I educated myself on the black lives matter movement more and kind of spoke with other people about it, I kind of realized that that's not OK and it needs to come off," Hobbs said. "I think it's a controversial issue and I don't think it's one the police should've taken a stand on. I created the petition to kind of show people that it's not just me. That it is a problem."

But not everyone in the community feels as strongly.

"No, not at all," Angel Large said when asked if the decals bother her.

Tyjuan Garrett, local NAACP board member, said it's all about the intention. Black Lives Matter's mission is to bring light to racial injustices that stem from systematic problems they feel are not being addressed. If police are trying to be inclusive, he asks, have you taken any implicit bias or sensitivity training to put that slogan in action.

"I mean I would love to sit down with the Frankton Police Department and have a conversation with them and say exactly what are your motives?" Garrett said. "Tell me how you are adding to the conversation of All Lives Matter. How are you expanding out to reflect all lives matter?"

Frankton Town Marshal Dave Huffman would not speak on camera, but said the decals are not meant to criticize the Black Lives Matter movement and chose the slogan to, "illustrate the seriousness with which Frankton police officers take their duty to protect all of the town's citizens regardless of income, economic status, race, nationality, age or any other factor."

But now hearing that nearly 100 people have signed the petition, the town plans to remove the decals from its police cars.

"I want the community to always be inclusive and accepting of anybody and I think that doing this will help the community grow," Hobbs said.