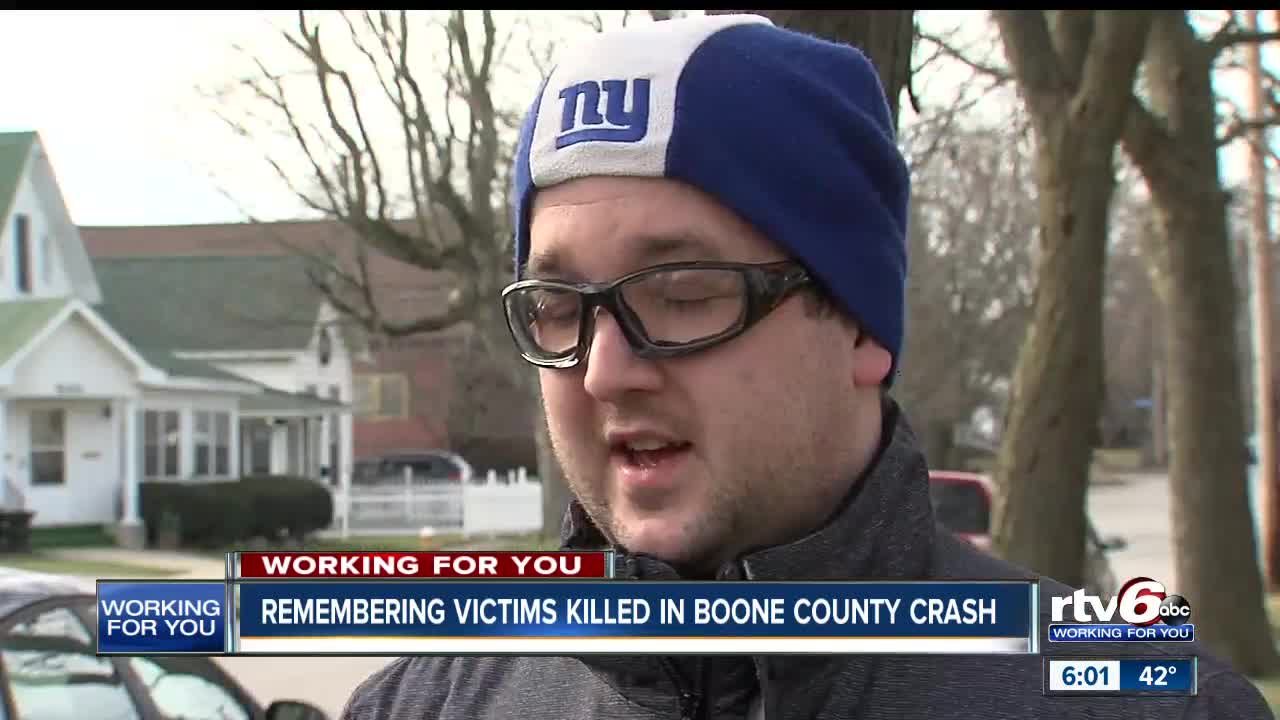 Friends, family, and the community are grieving after three people were killed in a crash Sunday morning in Whitestown.

WHITESTOWN — Friends, family, and the community are grieving after three people were killed in a crash Sunday morning in Whitestown.

Mariah Tomey, 21, Hadley Tomey, 1, and Kaden Kirk, 19, all of Lebanon, were killed in a nine-vehicle crash, according to authorities.

Friends of those killed who spoke to RTV6 all had the same reaction of disbelief.

PREVIOUS | Semi-truck driver in deadly crash has history of reckless driving, following too closely | Drivers raise concerns about traffic back ups in Whitestown after deadly crash | Infant, 2 adults killed in fiery multi-vehicle crash on I-65 near Whitestown

Jake Bird, who worked Mariah, says he found out about the crash from another friend.

"She was so young, she had a 1-year-old," Bird said. "She was always smiling and joking. It seems surreal."

Both Kirk and Tomey went to Lebanon High School.

This is a difficult loss for our community. Kaylee and Mariah are remembered fondly by students and staff alike. Both have been described as caring, kind, and wonderful young people with promising futures. As students at LHS, both were very involved. Mariah was a Tigerette and a member of a number of clubs, including Best Buddies. Kaylee played basketball, ran track, was a member of Sunshine Society, and attended Tiger Leadership Camp.

Counselors are available at Lebanon High School to support students and staff. We extend our heartfelt sympathy to the Kirk and Tomey families, as well as to all members of our community who have been impacted by this tragedy.