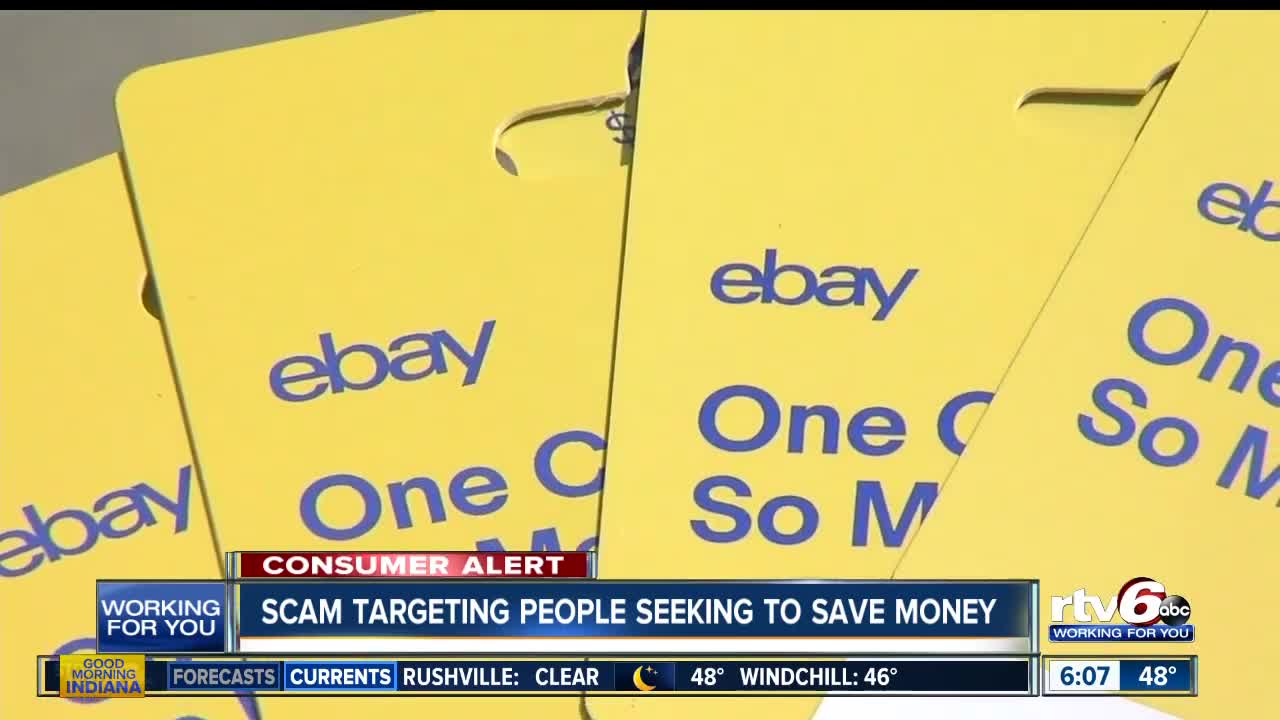 A Central Indiana grandmother who was thought she was saving money fell victim to a scam that cost her $1,100.

INDIANAPOLIS — The loss of jobs and concerns with the economy has people looking for ways to save money, which means scam artists are working overtime.

This scam involved a deal that sounded pretty good, but it cost a Central Indiana grandmother $1,100. She didn't want to be identified, but she's talking so it doesn't happen to you.

She received a call offering to cut her current cable bill by $60.

Looking to save money during this pandemic she found the offer plausible. The scammer said to get the deal she needed to pay using eBay cards, which drained her bank account of more than $1,100.

"I would tell them that they are miserable human beings to do this to anybody," she said.

eBay cards are good as gift cards from people you personally know, but anytime anyone you don't know wants you to pay using a gift card, you will be scammed.