Greenwood residents concerned about gas leaking in neighborhood for 10 days 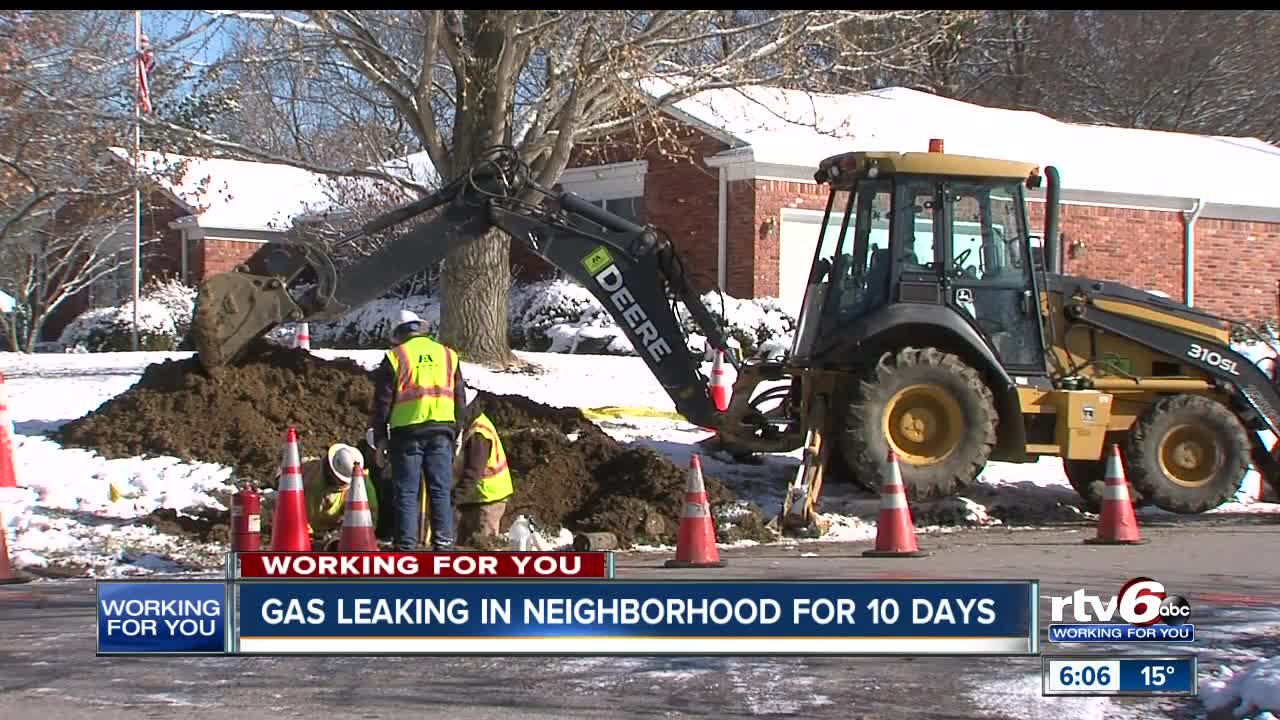 Neighbors in a Greenwood neighborhood were trying to get the gas company to out after gas was leaking for more than a week.

GREENWOOD — Neighbors in a Greenwood neighborhood were trying to get the gas company to out after gas was leaking for more than a week.

On Nov. 2, the White River Township Fire Department evacuated several homes near Easy Street and Leisure Lane over the concern of a natural gas leak.

"The smell has just been awful," Whitni Ward said. "We've tried calling and nobody has come out here. They marked it the day after it happened and the stink has just been completely disgusting."

The gas was leaking from a person's yard, and has been for 10 days.

"It was beautiful this past weekend why could they have come out and do it then? So it's just been a little frustrating," Ward said.

A spokesperson for Vectren Gas says it took crews some time to identify where the leak was coming from, but eventually discovered it was leaking from a valve. It was deemed "non-hazardous" because the leak was small and isolated and not moving.

Miller Pipeline was contracted to complete the repair and is expected to fix the leak on Tuesday.