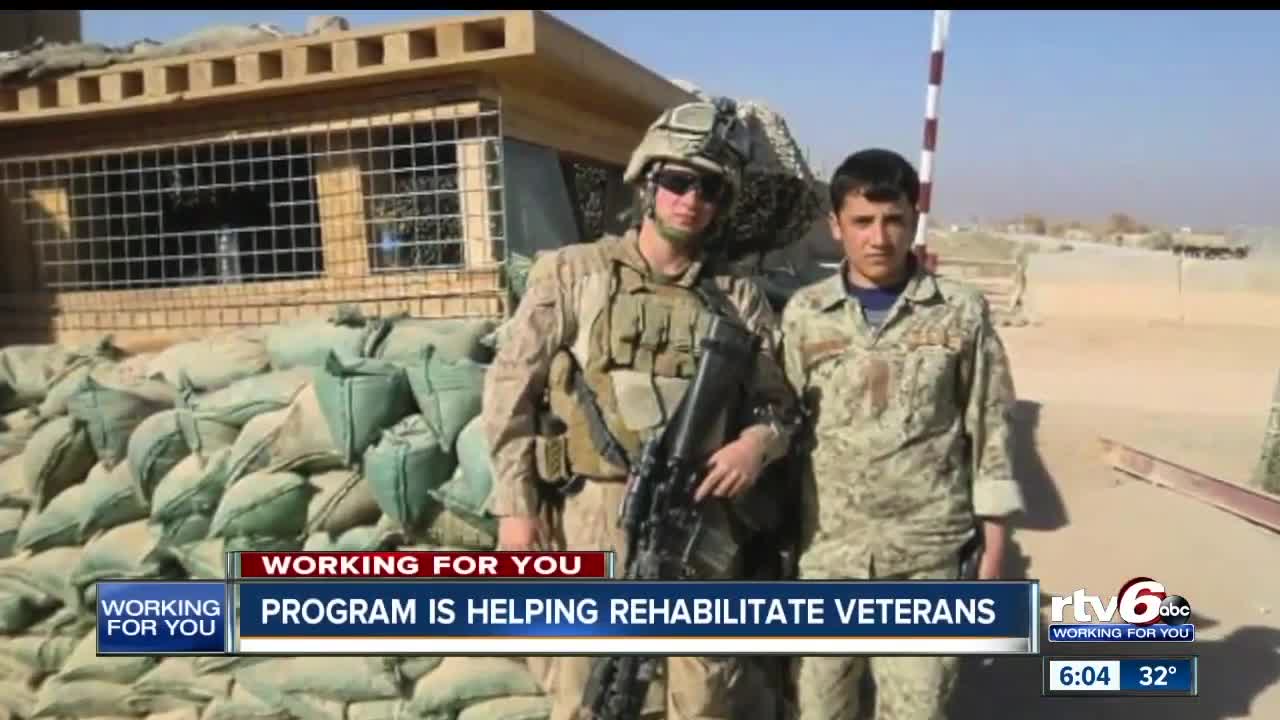 HAMILTON COUNTY — Organizers of a program that is helping to rehabilitate veterans who have committed crimes in Hamilton County say they are seeing results, but they want more veterans to know it is available.

U.S. Marine Corps veteran Kyle Reynolds served our country for four years. He was medically discharged in 2012 after a crash that left him with a traumatic brain injury.

"Not being able to make that choice myself, that is the hardest part with separating," Reynolds said. "I still think about being in the Marines every day."

Back at home, Reynolds developed a drinking problem. He remembers feeling like he no longer had a purpose in life.

In his first three years at home, Reynolds was arrested five times. The most recent case was for assaulting a police officer, which left him facing time behind bars.

"It took all that for me to finally realize I need to start doing something about it. Honestly it was because I was forced to," Reynolds said. "Veterans Court is everything that a struggling veteran needs. It's not going to be what they want."

Veterans Court is a program in Hamilton County that focuses on breaking the criminal pattern of veterans. Judge William J. Hughes began the program, which has graduated 25 veterans, in 2015. The program lasts 12-36 months depending on a veteran's individual needs.

Veterans who are facing charges for murder, rape or child molestation are not eligible for the Veterans Court Program. The Hamilton County Prosecutor reviews each case, and the ultimate goal is to keep veterans out of jail, rehabilitate them and help them become productive members of the community.

"We believe in giving them a second chance," Mary Boatright-Reese, the program's director, said. "They serve our country and this way it's a program that can help them with the problems that they created. Most of them were created through the military."

Veterans Court has three phases: treatment, education and growth and graduation. It includes drug and alcohol testing, as well as appearances in front of the veterans court judge.

Since graduating, Reynolds now owns his own home and he volunteers with youth at his church. His message for other veterans beginning in the program is that there will be hard times to push through, but the light at the end of the tunnel is worth it.

"I feel like, for the first time in my life, I've actually found a really good purpose that is worthwhile a wholesome purpose, especially since I've been out of the Marines," Reynolds said.