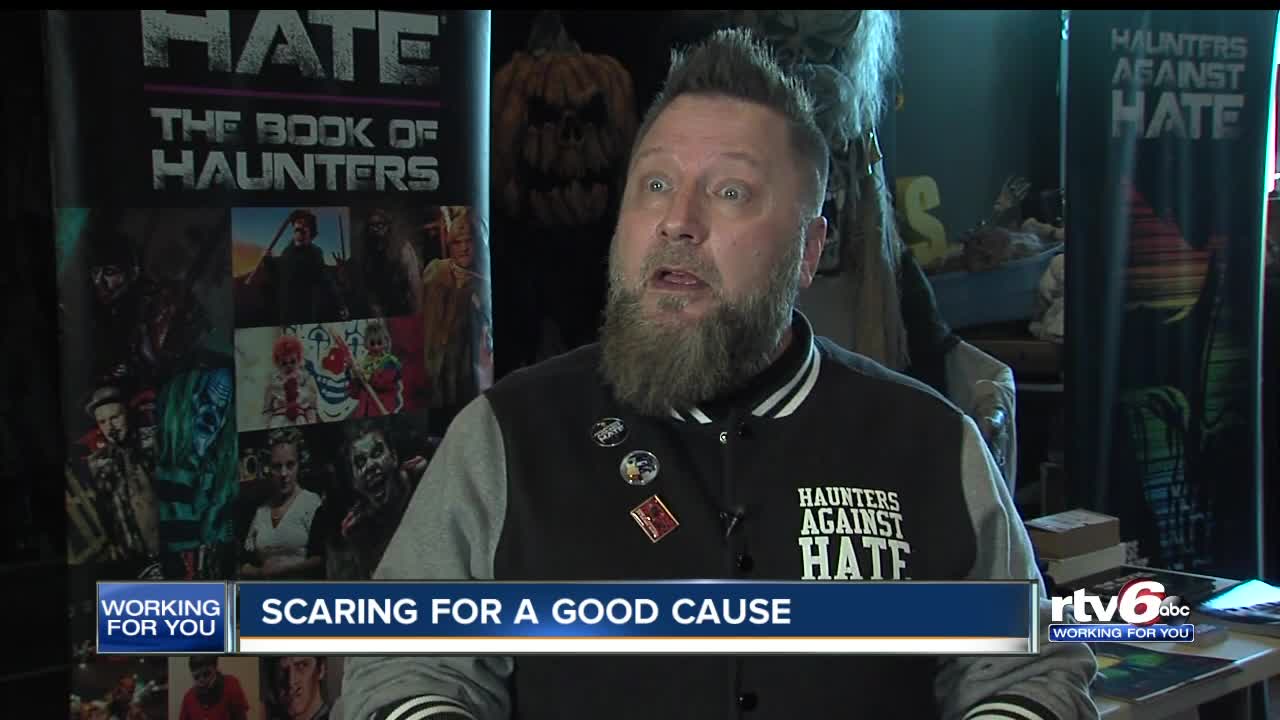 An Anderson haunted house is doing more than scaring folks, They're throwing their support behind a good cause.

ANDERSON — From deranged doctors to demented dolls, Stillwell Manor holds nothing back when it's time to scare. And in the haunted house, that's where they want the scares to stay.

"No matter who you are or how weird you are, you're part of a family and you're accepted for who you are," Paul Lanner said.

Lanner is behind the group Haunters Against Hate. He started it in 2016 after people who were part of another haunted house said bad things online about the Orlando Pulse Nightclub shooting, which left 49 people dead and hurt 53 others. Lanner's advocacy work for the LGBTQ community hasn't stopped since.

"There have been incidents where I've intervened and said, 'This is unacceptable behavior and this needs to be rectified,'" Lanner said.

Lanner travels all over the country going to different haunted houses and conventions raising money to give donations to LGBTQ organizations.

"Supporting groups that help kids feel secure and feel loved and building their self-confidence is very important," he said.

For seven years, Laura Janney has operated Muncie Outreach, which supports LGBTQ youth who sometimes deal with bullying at school and don't have a home to go to because their parents kicked them out.

"We try to teach them power, so that way they are able to stand up and voice themselves and be an activist," Janney said.

Janney said support from groups like Haunters Against Hate is helping her save lives.