Have turkey vultures invaded your yard? 'Carrion' with harassing them until they leave. 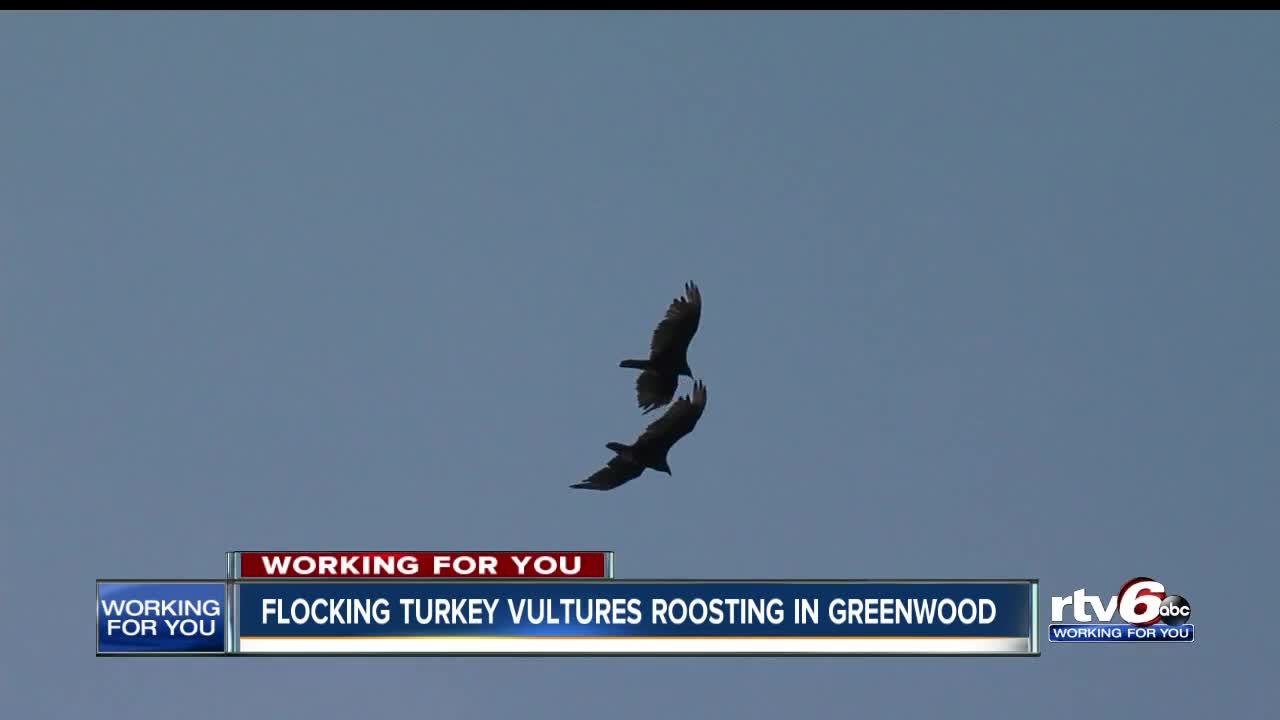 Roosting turkey vultures are creating a nuisance in a Greenwood neighborhood.

GREENWOOD — Birds of a feather roost together, and a Greenwood neighborhood is being overrun by turkey vultures.

It's not an issue that would be handled by wildlife officials, so what are people in the neighborhood off County Road 400 West and Fairview Road to do?

"They are kind of a nuissance," Risa Winkler said. "There's about 30 of them that will land, and they poop everywhere. Their feathers are everywhere."

The United States Department of Agriculture says accumulated bird droppings can cause health problems. Wildlife experts recommend using what are called harassment tactics just as turkey vultures are first roosting. It involves loud noises like clapping to scare them away.

Unfortunately for Winkler, as other neighbors have used tactics to drive the birds away from their homes, they've gotten closer to hers.

"They just keep inching themselves closer to us," she said. "When I see them, I chase them down and smack (two pieces of wood) together. The noise and the echo usually scares them."

Other neighbors have used fire crackers and cap guns to scare them off, all things the Indiana Department of Natural Resources recommends. An expert said you can scare them off with a hose and said, whatever you do, consistency is key and you have to scare them off every night to drive them away.

"I'm not concerned about it," Mike Poole said. "I just hope they don't damage the roof to an extent like a hailstorm."

Poole said he found possible damage done by the birds. Turkey vultures can be killed if they don't leave and begin damaging property, but residents have to apply for both state and federal permits and demonstrate that they have exhausted all efforts to scare them away.

A DNR spokeswoman also suggests putting wire mesh on your roof to get rid of the vultures.

"If I do take a gander at them on a Saturday, I may try a hose," Poole said. "It hasn't come to that yet, but that's a possibility."

Now these neighborly birds of a feather will have to harass together.