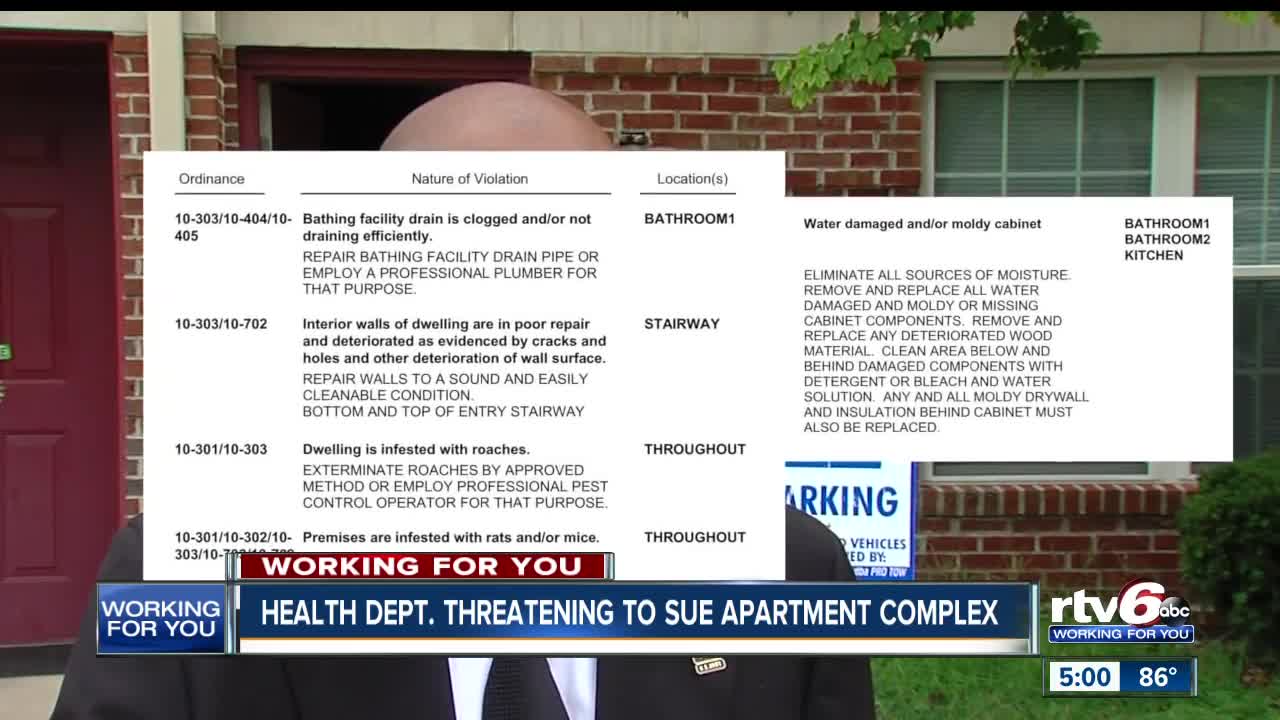 INDIANAPOLIS —It's been a nightmare for a family living on the northeast side of Indianapolis. Their apartment has been infested with mice, roaches, and mold — yet the managers won't do anything to fix it.

After a host of problems, Courtney Holland, who had been living at New Parkwoods Apartments, moved out of the mice and mold-infested apartment in February. She says last October was the first time she found a mouse and has since begged the apartment managers to do something.

The mold is now impacting her children's health.

"My son's asthma kept flaring up in February, and I didn't understand why," Holland said. "They said with the feces and the rodents it leaves something in the air or whatever. And it gets down into the kids' lungs, and they breathe it in, and it makes them sick."

Holland contacted the Marion County Board of Health, who went out to the complex twice — citing the landlords both times.

"This is America. One of the richest countries in the world. And people should not have to live in conditions like that," Mark Nicholson, a New Parkwoods tenant, said. "And then to have someone sit up there and just disregard letters from the Board of Health who is supposed to enforce this kind of stuff, that is a travesty. A travesty."

A regional manager wouldn't tell RTV6 if they would do anything to make the apartment habitable again.

Management told RTV6, "This is a confidential matter that is being handled between the management team."

"I believe that the only way they're going to respond is if the Board of Health does something, if the Marion County prosecutor does something, or if we file the lawsuit," Nicholson said. "Then they will have to respond."

The Marion County Health Department has notified the owner and manager of the apartment complex that they will be back on August 15. If repairs are not made, they will sue.

Your Rights as a Renter

Once you file a complaint with your local health department, someone will be sent out to inspect the property.

They'll report their findings and set a time frame the landlord has to fix the violations.

The inspector will come back to the property to make sure the health violations have been corrected.

If they haven't, the health department can fine the landlord.