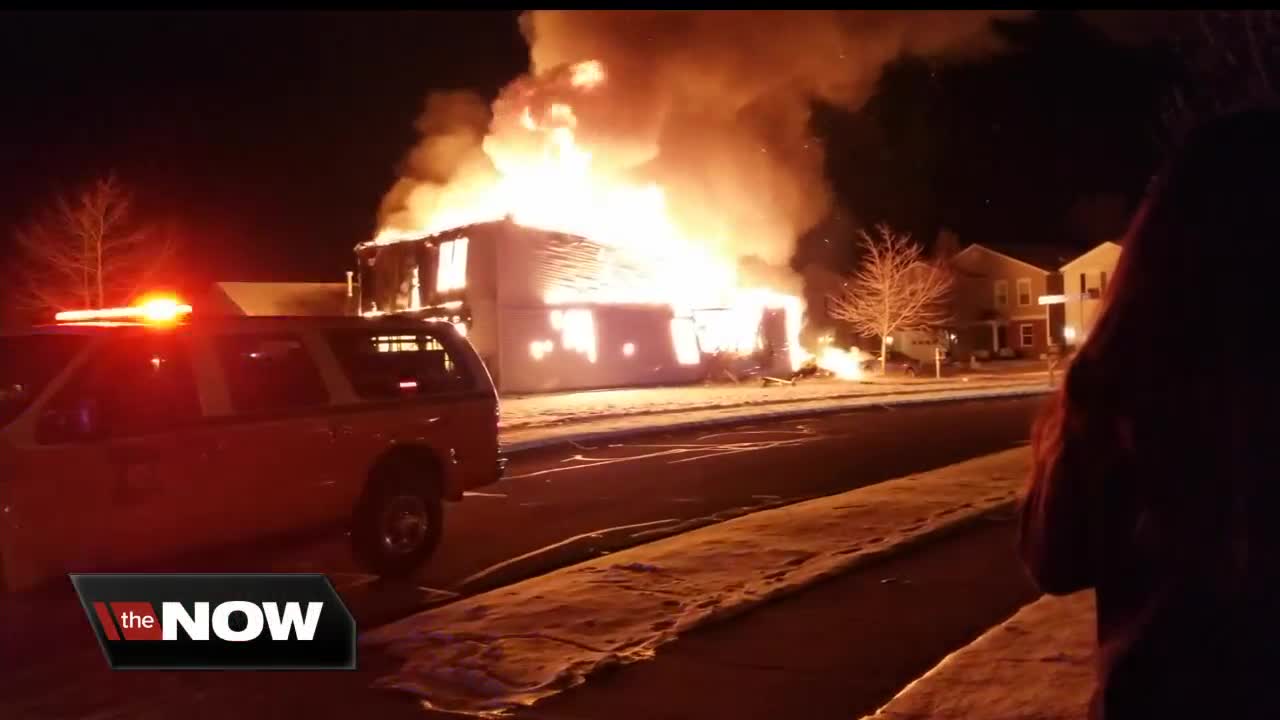 A family in Madison County is left with very little after a fire destroyed their home and damaged three others on Saturday.

PENDLETON — A family in Madison County is left with very little after a fire destroyed their home and damaged three others on Saturday.

The home, in the Summerlake Community, is near the corners of Hamilton, Hancock, and Madison counties. Because of this, residents say they are concerned the closest first responders weren't called to the fire.

"It's horrifying to watch your house burn down and know there's no one putting water on it," Erin Simons said. "There's no one there to help in immediacy."

The family says all four of them were able to make it out of the house, barefoot and in their pajamas, and called 911 at 12:08 a.m.

Simons says she was transferred three times and at one point was disconnected from the dispatchers. She says the process was chaotic and there was a lot of confusion over who was supposed to respond.

"She called and called and she had to sit outside and watch her house burn," neighbor Kasie Underwood said.

Some neighbors say changes need to be made as the area continues to grow to ensure they will be safe during emergencies.

By the time firefighters from Fortville showed up, Simon says there was nothing to save.